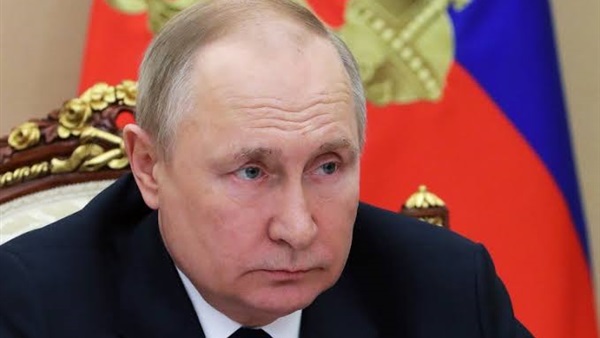 Ukrainian president Volodymyr Zelensky has warned “all of the countries of the world” need to be ready for Vladimir Putin using nuclear weapons.

Speaking from the country’s capital Kyiv, Mr Zelensky told CNN that the Russian president could also be prepared to use chemical weapons against Ukraine.

The US CIA’s director this week warned Mr Putin’s “potential desperation” after military setbacks could push him to deploy tactical or low-yield nuclear weapons in Ukraine.

Asked if he was concerned about the prospect nuclear attacl, Mr Zelensky said: “Not only me - all of the world, all of the countries have to be worried.”

Mr Zelensky added: “Chemical weapons ... they could do it, for them the life of the people [is] nothing. That’s why. We should think not be afraid, not be afraid but be ready.

“But that is not a question for Ukraine, not only for Ukraine but for all the world, I think.”

In the extensive interview Mr Zelensky said he thought that around 2,500 to 3,000 Ukrainian troops have died so far and a further 10,000 have been injured in the conflict, but he was not sure how many Ukrainian civilians have perished.

He said: “It is very difficult to talk about civilians, since south of our country, where the towns and cities are blocked - Kherson, Berdyansk, Mariupol further east, and the area to the east where Volnovakha is - we just don’t know how many people have died in that area that is blocked.”

The Ukrainian president also touched upon the recent sinking of Russia’s flagship Moskva warship, but refused to be drawn on if his country played a role in its demise.

“We know that it does not exist anymore,” Mr Zelensky said. “For us, it is a strong weapon against our country, so its sinking is not a tragedy for us. I want you, the rest of the people, to realize that.

“The less weapons the Russian Federation that has attacked our country has, the better for us. The less capable they are. This is important.”

The vessel sank on Thursday while being towed to a port in stormy weather after an explosion and fire onboard, according to Russian news agencies quoted the defence ministry.

Moscow had earlier claimed the 500 crew aboard the Soviet-era missible cruiser was evacuated after ammunition on board exploded, causing the blaze.

However, the US has corroborated Ukraine’s claim that it hit the warship with two Neptune anti-ship missiles.

Mr Zelensky’s comments come just a day after he told Ukrainians they should be proud of having survived 50 days under Russian attack when the invaders “gave us a maximum of five.”