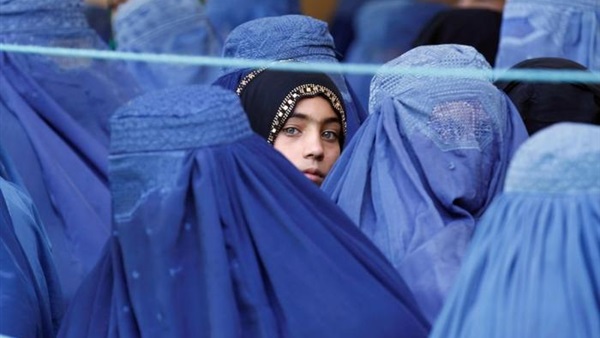 The Taliban have told airlines in Afghanistan that women cannot board domestic or international flights without a male chaperone.

Sources told Reuters news agency on Sunday that the ministry for the propagation of virtue and prevention of vice sent airlines a letter on Sunday informing them of the new restrictions.

In the same week, the Taliban also backtracked on their previous commitment to open high schools to girls, a U-turn that shocked many Afghans and drew condemnation from humanitarian agencies and foreign governments.

The US on Friday cancelled planned meetings with Taliban officials on key economic issues due to its decision about schooling on Wednesday as US special representative for Afghanistan Thomas West called the move a breach of the trust of Afghans and urged the decision to be reversed.

The sources, who were not named for security reasons, added that unaccompanied women who had already booked tickets would be allowed to travel on Sunday and Monday. Some women with tickets had been turned away at Kabul's airport on Saturday, they said.

The Associated Press, quoting two airline officials, also reported on Saturday that the Taliban refused to allow dozens of women to board several flights, including some overseas, because they were travelling without a male guardian.

Spokespeople for the ministry for the propagation of virtue and the ministry of culture did not immediately respond to requests for comment. A Taliban administration spokesperson had previously said that women travelling abroad for study should be accompanied by a male relative.

The extremist group says it has changed since its previous rule from 1996 to 2001 in which they barred women from education, work or leaving the house without a male relative. They claim they are allowing women their rights in accordance with Islamic law and Afghan culture.

But the closure of high schools, some restrictions on women in work and the requirement that women have a chaperone for long-distance travel has drawn criticism from many Afghan women and rights groups.

It was not immediately clear whether the restrictions on air travel would allow any exemptions, such as in emergencies or for women with no living male relatives in the country, and whether it applied to foreigners or women with dual citizenship.

The international community has so far not officially recognised the Taliban administration and sanctions have crippled the country's banking sector which, combined with slashed development funding, has plunged the country into a humanitarian crisis.

An Afghan charity called PenPath, which runs dozens of “secret” schools with thousands of volunteers, is planning to stage countrywide protests to demand that the Taliban reverse its order, said Matiullah Wesa, PenPath founder.

UK for Afghanistan, a government support service to Afghans in Britain said: “Another unacceptable measure against Afghan women, following the ban on girls at school and reports of women not being allowed on flights without a mahram [family member]. Excluding half the population will not gain the Taliban legitimacy, stop the brain drain or reverse economic collapse.”