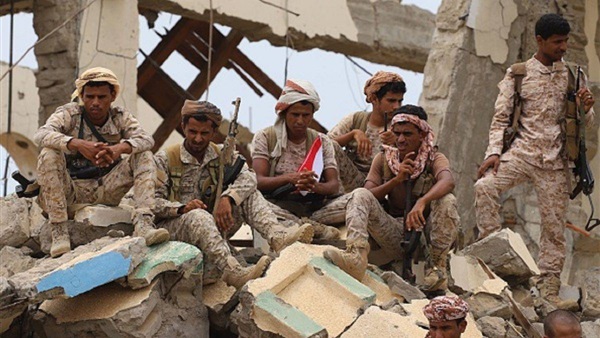 During the past year, the Houthi terrorist militia in Yemen has incurred a lot of human losses during the battles that took place between them and the Yemeni army and Arab coalition forces, so it turned to compensate for this human and material shortage through universities and their students, according to the Yemen News Agency (SABA).

Some field committees of the Houthi militia restricted the names of the students to forcibly push them to the Marib fronts despite their refusal. This campaign came after the great defeats that the Houthis suffered in the last battle of Shabwah.

The militia was not satisfied with this matter, as it put universities, civil colleges and Sanaa University within its plan to forcibly recruit students to push them onto the battlefronts.

The Houthis’ violations against universities and their students did not stop at this point, as the militia exploited the university’s campus and its various colleges to compensate for its financial shortfall, collecting more than $3 million after opening the registration for the academic year last August through 22 colleges.

Due the militia’s desire for profit, it also established new departments within the Faculty of Medicine at Sanaa University at private tuition and increased the capacity by 400%, bringing the number of students to 1,100, despite the fact that the faculty seats are limited to less than 300 students, and the private tuition was set at $3,200 annually.

While the militia set aside 100 seats for free education, half of it is allocated to those affiliated with the sons and relatives of Houthi leaders and the children of those killed among its members.

Among the departments that the Houthis opened in the college are therapeutic nutrition, diets and physiotherapy at a price of up to $2,400.

In the College of Engineering, the administration of the Houthi-run university inaugurated the Department of Medical Engineering and imposed financial fees in exorbitant amounts, attracting only well-to-do students.

For the terrorist effort

Mohamed Salem, a Yemeni journalist, told the Reference that the Houthis were able to earn millions of dollars from the funds of the universities of Sanaa, Hodeidah and Amran, using those millions in the treasury of the war effort.

He stressed that the Houthi militia is exploiting every inch of Yemen in the worst way and is exploiting the universities, using the money it obtains from educational costs from the wealthy to buy the necessary weapons and equipment and finance new recruits.

Salem pointed out that the Houthis were able to militarize and nationalize universities in their terrorist and military interests, and in this way they eliminated free education in universities.

He added that what is dangerous in this matter is that the militia established departments for Persian education in more than one field, including the medical, scientific, engineering and religious fields, putting Yemen more under the control of Iran.