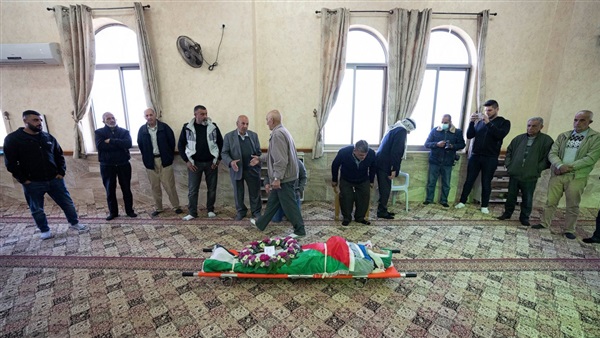 An 80-year-old Palestinian American man died Wednesday after being detained by Israeli forces in the occupied West Bank, prompting U.S. officials to call for an investigation into the circumstances of his death.

The victim, identified as Omar Abdalmajeed As’ad, was still wearing a plastic restraining zip tie on one wrist when he was found early Wednesday morning in a village outside of Ramallah, according to Palestinian officials.

The Israeli military confirmed Wednesday that As’ad had been stopped during a security check of the area and detained after he “resisted a check.” An spokesperson for the Israel Defense Forces said that As’ad was held for only a short time and that he was alive when he was released.

As’ad was returning home from visiting relatives when he was stopped in the village of Jiljilya by Israeli soldiers, according to a statement by the Palestinian health ministry. Witnesses told Palestinian media that he was handcuffed and led away about 3 a.m. Wednesday.

As’ad was later found unresponsive by a resident walking in the neighborhood. Photographs circulating on social media showed a black plastic tie around at least one of his wrists.

“He was lying face down on the ground, and when we turned him over we found an elderly man with no sign of life,” the resident, Mamdouh Elaboud, told Reuters.

After a local physician tried unsuccessfully to revive As’ad, he was taken to a Ramallah hospital where his body was being held until an autopsy can be performed.

As’ad had a history of cardiac and respiratory illness, according to his family.

“I don’t understand how a man that age can be considered a danger,” a brother of the victim told the Israeli newspaper Haaretz. “They handcuffed him and shoved him. I have no doubt what he went through caused his death.”

Israel said the Military Police Criminal Investigation Division would launch a formal probe. “The IDF will investigate this event in a thorough and professional manner, acting in line with our values and protocols,” said Lt. Col. Amnon Shefler, a spokesperson, in a statement.

As’ad had spent much of his adult life in Milwaukee and had moved back to the West Bank about a decade ago, according to his family.

“We support a thorough investigation into the circumstances,” Price told reporters