Iran nuclear talks resume, but time is running out to strike a deal 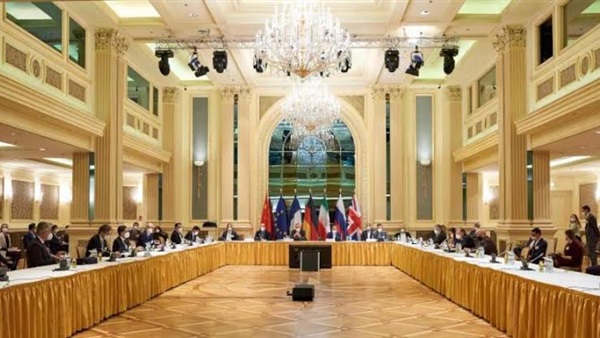 The latest round of talks on the Iran nuclear deal kicked off Monday after a short pause, with pressure being put on Tehran to “add real urgency” to the negotiations or risk losing any chance of the deal being revived.

Some officials close to the talks said the window to negotiate a return to the 2015 deal could close by the end of January or the beginning of February, although others claimed that there is no fixed date.

Diplomats from the U.K., France and Germany noted last week that while they didn’t want to set “an artificial deadline for talks,” there remained “weeks, not months” to restore the accord. A spokesperson for the U.S. State Department said Iran needed to “add real urgency in Vienna.”

The nuclear deal, also known as the Joint Comprehensive Plan of Action (JCPOA), has been on life support ever since former U.S. President Donald Trump abandoned it in 2018. The deal between Iran and global powers put limits on Iran’s nuclear program in exchange for the lifting of crippling economic sanctions. Iran insists its nuclear program is entirely for peaceful purposes and that it has no intention of building an atomic weapon.

That the U.S. and Iran are still not talking directly in Vienna is not making things any easier.

Instead, Enrique Mora, the senior European Union official who is coordinating the talks, is forced to carry potential compromise solutions back and forth between Robert Malley, the U.S. special envoy for Iran, and Ali Bagheri Kani, Iran’s chief negotiator. Tehran says this is the price the U.S. must pay for pulling out of the agreement in 2018.

But Western diplomats said that they are still not entirely sure whether Iran is really interested in negotiating a return to the deal or is merely playing for time while advancing its nuclear program. Given the dwindling timeline, one senior Western diplomat said that as of this week “all issues will have to be negotiated in parallel.”

Here is a look at the major sticking points and some of the potential solutions.

The JCPOA ensured that it would take Iran approximately one year to acquire enough fissile material to make one nuclear device. Today, that period — which experts call “breakout time” — has been reduced to just a few weeks.

Talks on the nuclear file are highly technical, as steps have to be specified that will bring Iran’s nuclear program back to where it was in 2015. On some issues, there are solutions in sight. On others, it’s more complicated.

For example, one way of getting rid of Iran’s excess nuclear material would be to ship it to Russia. This would take time but is feasible and has been done in the past.

What is far more difficult and still not agreed on is how to deal with Iran’s many advanced centrifuges — machines that spin at great speed to enrich uranium.

Iran has been enriching uranium to 60 percent, which is close to weapons-grade. Under the JCPOA, Iran was allowed to enrich uranium to 3.67 percent with a limited number of its first-generation centrifuges at the underground Natanz Fuel Enrichment Plant. However, Iran has installed hundreds of advanced centrifuges that are much more efficient and powerful at both of its main plants in Fordow and Natanz.

Some countries want Iran to destroy its advanced centrifuges, but Iran prefers to store them away, according to Western diplomats. One compromise could be to get rid of the infrastructure, such as cables and other electronic installations, that are needed to get advanced centrifuges up and running. Reinstalling this infrastructure would take many months and could help to extend the breakout time.

One key aspect in this discussion is the role of the International Atomic Energy Agency (IAEA), the U.N. nuclear watchdog that will be tasked with verifying whether Iran complies with its nuclear commitments. IAEA inspectors pay regular visits to Iran’s nuclear facilities although their access has been severely curbed by Tehran in recent months.

Iran will have to restore full access for inspectors for any deal to be approved. Iran will also have to provide the IAEA with access to the memory cards of cameras installed inside nuclear facilities. Tehran is currently withholding this information.

While verification of the nuclear side of the deal is done by the IAEA, there is no corresponding entity looking at sanctions. Negotiators, therefore, have to agree on how this can be done. This is one stumbling block that will have to be solved quickly. Western diplomats said they are waiting for Iran to come up with proposals this week in Vienna.

One option would be for the U.S. Office of Foreign Asset Control to issue guidance on how to do business with Iran and to publish the repealing of relevant executive orders. Another tool could be the conclusion of contracts on oil exports or the opening of foreign bank accounts.

Since the U.S. unilaterally exited the deal, it is Washington that will probably have to take a “meaningful first step,” as one senior Western diplomat put it, and lift some sanctions before Tehran will take measures to reduce its nuclear program.

Tehran has insisted publicly on many occasions that it wants Washington to provide a legal guarantee that the U.S. will not pull out of the deal again if it is restored.

“There must be a serious and sufficient guarantee that the U.S., which is not trustworthy, will not leave the JCPOA again,” Iranian Foreign Minister Amir Abdollahian said during a phone conversation with EU foreign policy chief Josep Borrell in November.

But U.S. President Joe Biden will not be able to provide such a legal guarantee. Biden is already struggling with a deeply divided Congress, with even some Democrats skeptical of diplomacy with Iran.

But there could be other ways, such as allowing for the continuation of contracts for some time even after the theoretical reimposition of sanctions by a future U.S. administration.

The Biden administration could also provide a political pledge that it will stick to the agreement similar to Biden’s pledge made on the margins of the G20 Summit in October. This would also be important for companies that want to do business with Iran as they need to have sufficient confidence about Washington’s intentions.