Indications of growing dangers of ISIS-Khorasan Province during 2022 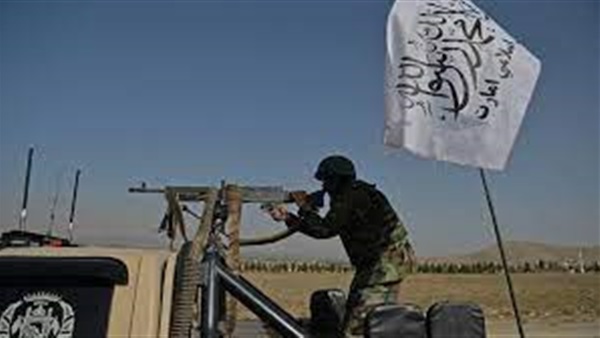 Since the fall of ISIS in Iraq in 2017, it has lost most of the lands it controlled, especially Mosul, which had witnessed the original announcement of the terrorist organization. The organization has begun to enter a third level after passing through two previous levels, first the level of establishment and growth, and second the strong rise. This third level is characterized by the great fragmentation of the organization after it had a central bloc in Iraq and Syria. Its largest fragments were those in Asia, represented by ISIS-Khorasan Province, which seems to be planning something during 2022 after the rise of the Taliban movement in Afghanistan and the withdrawal of US forces from the country.

The ISIS branch in Central, East and South Asia, known as Khorasan Province, is considered one of the most active branches of the organization in the world during recent years. It includes a wide area of the continent, including in Afghanistan, Pakistan, Uzbekistan, Tajikistan, Bangladesh, the Philippines, Iran, China, Malaysia, Indonesia and elsewhere.

The Khorasan branch was established in January 2015, and since its inception in this region, the organization has sought to establish a caliphate in Central and South Asia. One of the main goals of this group is to consolidate its position as the main jihadist organization in the region.

The period between 2015 and 2018 was the height of the rise of the ISIS branch in Afghanistan, which became a major center of the organization’s activity, and during this period the organization was subjected to wide-ranging restrictions from the former Afghan government and with the help of NATO forces on the one hand and the Taliban on the other. All these confrontations led to the weakening of Khorasan Province in 2019. Former Afghan President Ashraf Ghani announced the defeat of ISIS in Afghanistan in November 2019; however, the organization has resumed its operations in Afghanistan since 2020.

Recently, there has been much speculation about the rise of ISIS-Khorasan in Afghanistan. US Special Envoy to the Global Coalition to Defeat ISIS John Godfrey warned that the risk of ISIS taking over Afghanistan remains, while General Mark Milley, chairman of the US Joint Chiefs of Staff, recently warned that ISIS could quickly rebuild its network in Afghanistan.

In November 2021, the US Treasury issued a report in which it indicated that the terrorist organization is still increasing its activity despite the strikes it has been subjected to recently, stressing that the United States remains committed to using all its counterterrorism tools to counter the threat posed by ISIS-Khorasan as part of a determined effort to ensure that Afghanistan never again becomes a platform for international terrorism.

The US Department of State issued a decision designating three leaders of ISIS-Khorasan as Specially Designated Global Terrorists (SDGT) under Executive Order 13224, as amended. The decision included Sanaullah Ghafari, known as Shahab al-Muhajir, the current emir of ISIS-Khorasan, who has led the branch since June 2020. Also included are Sultan Aziz Azam, the official spokesman for ISIS-Khorasan since ISIS first arrived in Afghanistan, and Maulawi Rajab Salahudin, a prominent leader of ISIS-Khorasan in Kabul, Afghanistan who plans ISIS attacks and operations and leads ISIS-Khorasan groups that launch attacks in Kabul.

Since the rise of the Taliban movement in Afghanistan and its seizure of power in August 2021, the dangers of ISIS-Khorasan have emerged, as it is trying to prove that it cannot be controlled easily by the Taliban, which pledged to rein in the terrorist organization. ISIS-Khorasan started its armed operations early in an attempt to embarrass the movement towards sharing power or seizing parts of Afghan territory. Taliban spokesman Suhail Shaheen warned of this in a statement issued in early December in his letter to the United Nations on the eve of the postponement of recognition of the Taliban government.

ISIS-Khorasan’s operations began in this sensitive period by targeting Kabul Airport on August 26, 2021, during a terrorist operation that has so far resulted in killing nearly 20 people and wounding about 40 others, including members of the US Marines, as well as members of the Taliban’s forces and its collaborators. ISIS-Khorasan announced it adoption of the operation through a statement published on its closed channels on the dark web the same evening, entitled “About 160 dead and wounded American forces and collaborators in a suicide attack near Kabul Airport”, where ISIS revealed the details of the terrorist operation. It said that one of its elements, Abdul Rahman al-Lahouri, managed to penetrate the security fortifications set up by the American and Taliban forces around Kabul and was able to reach a large gathering of translators and collaborators with the American army at Baran Camp near Kabul Airport, where he then detonated an explosive belt.

Then ISIS-Khorasan carried out a series of armed attacks against civilians, affecting a military hospital in Kabul, coinciding with the continued targeting of Shiite mosques in Kunduz and Kandahar. The terrorist organization announces on a daily basis the implementation of armed operations, which suggests its growing strength in the region during 2022.