What Is the Iran Nuclear Deal? What to Know as Talks Continue 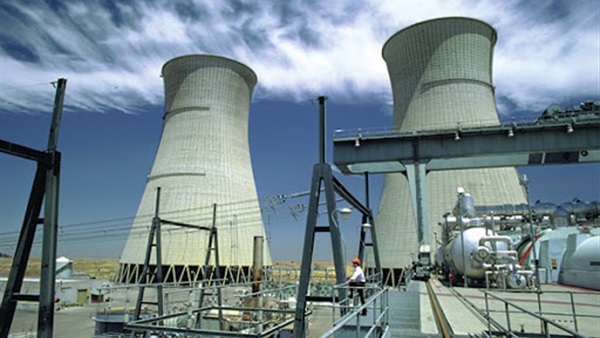 Nuclear talks between Iran, the U.S. and other major powers resumed on Nov. 29 for the first time in five months but U.S. and European officials are warning that Iran’s new government has backtracked on its previous commitments, leaving the negotiations a step closer to collapsing.

Iran last week stepped up its demands, Western diplomats said, seeking the scrapping of sanctions imposed by the Trump administration after the U.S. withdrew from the deal in 2018. They said Iran also walked away from steps it had committed to taking to rein in its nuclear activities and return to compliance with the deal.

Iran has over the past two years stopped adhering to most provisions in the 2015 deal, reducing the time it would need to produce enough nuclear fuel for one weapon to as little as a month. These steps away from the deal, a response to U.S. sanctions, have put at risk the survival of an agreement that helped remove sanctions on Iran and open it to business with the West.

The talks, which sidestep direct discussions between the U.S. and Iran at Tehran’s insistence, ground to a halt days after President Ebrahim Raisi was elected president in mid-June.

What was agreed under the 2015 nuclear deal, the Joint Comprehensive Plan of Action?

The agreement obliged Iran to scrap or send abroad 98% of its enriched uranium stockpile, remove two-thirds of its centrifuges that produce nuclear fuel, and stop work on a heavy-water reactor that could have produced plutonium for a nuclear weapon. Iran also agreed to inspections from the U.N. atomic agency and stopped enriching uranium at a well-fortified underground nuclear site at Fordow.

Most restrictions on Iran’s nuclear work and oversight were designed to last for as long as 25 years. However, Iran was allowed under the deal to produce unlimited amounts of enriched uranium after 2031, with no cap on the purity of that material.

In return, Iran received international sanctions relief. Restrictions were lifted for Iran’s energy sales, its shipping industry, much of its banking sector and other industrial production. U.S. energy and banking sanctions remained but no longer affected other countries. Human-rights, ballistic-missile and terrorism sanctions were kept in place.

The deal allowed Iran to bring home over $100 billion in oil-sales revenues locked overseas because of U.S. sanctions. The Obama administration secretly organized an airlift of $400 million worth of cash to Iran that coincided with the January release of four Americans detained in Tehran.

Former President Donald Trump took the U.S. out of the deal in May 2018, arguing that once the restrictions in the deal start to sunset, the pact would fail to prevent Iran from developing a nuclear weapon.

The administration also said any agreement with Iran should include binding restrictions on Iran’s missile program, an end to Iran’s terrorism links and Iranian pledges to rein in its regional interventions. Iran refused to negotiate with the Trump administration.

Does Iran have nuclear weapons?

Iran has never had nuclear weapons, although the U.N. atomic agency and Western governments have said Tehran had a dedicated weapons program until at least 2003. Some officials have said they believe Iran at least kept alive elements of its weapons program after that date.

Iran says its nuclear work is entirely for peaceful purposes.

While the amount of time it would take Iran to amass enough nuclear fuel for one weapon has shrunk to around a month, there are a range of estimates about how long it would take Tehran to develop a nuclear weapon if it chose to.

Some experts say Iran is as little as a year from being able to produce a rudimentary nuclear weapon. Others say it could take two to three years to mount an effective warhead onto its ballistic missiles.

What is the state of Iran’s current nuclear program?

Iran has been scaling up its nuclear program since mid-2019, a year after the Trump administration exited the nuclear deal and then imposed sanctions.

Before this year, Iran breached the limits on its uranium stockpile, the purity of the nuclear fuel it was producing and resumed work at the underground Fordow site.

Over the past 12 months, Iran has taken major steps to advance its nuclear program. For the first time, Iran has produced 60% enriched uranium, a short step from making weapons-grade nuclear fuel.

Iran has continued its work to master more advanced centrifuges, which produce nuclear fuel faster, potentially allowing it to slash its so-called breakout time. It also started producing uranium metal in January, which is a material used in the core of a nuclear weapon.

On Dec. 1, the U.N. atomic agency reported that Iran was, for the first time, using advanced machines to produce 20% enriched uranium at its heavily fortified, underground Fordow nuclear facility.

Iran has also severely restricted the access of U.N. atomic-energy inspectors to sites related to its nuclear program, although they still have regular access to Iran’s two uranium-enrichment facilities. Iran has also started producing parts for advanced centrifuges at Karaj, a location from which U.N. atomic-agency cameras were removed in June after what Tehran said was Israeli sabotage of the plant.

What are the objectives of the talks?

To restore the nuclear deal, Iran and the U.S. must set out what steps they will take—and when—to move back into compliance with the 2015 nuclear deal.

During the talks, which ran between April and June, the U.S. said that it was prepared to lift its sanctions on swaths of Iran’s economy, including its energy exports, many of its banks and its shipping industry. It would also unblock access to tens of billions of dollars worth of oil revenue trapped in overseas bank accounts.

Iran discussed ways of reducing its now large stockpile of nuclear fuel and reducing the number of centrifuges it has producing nuclear fuel. It would also have had to stop producing enriched uranium at its underground nuclear facility at Fordow. But Iran has toughened its stance under the new government, backtracking on some of these commitments.

Iran is demanding complete sanctions removal, including the elimination of human-rights or ballistic-missile-related sanctions that were exempted from the 2015 deal.

Iran wants the U.S. to lift all sanctions first so that it can check that it starts to receive the economic benefits of the deal, while Tehran is insisting Washington must offer a guarantee that the U.S. won’t again quit the nuclear deal in the future.

In addition to the U.S. and Iran, Russia, China, Britain, France and Germany are participating in the talks.

What happens if no agreement can be reached in the coming months?

U.S. Secretary of State Antony Blinken said on Dec. 2 that time was running out for Iran to restore the nuclear deal because of its nuclear advances, and President Biden has said the U.S. “is ready to turn to other options” if diplomacy fails.

“What Iran can’t do is sustain the status quo of building their nuclear program while dragging their feet on talks. That will not happen,” Mr. Blinken said.

However, U.S. officials are eager to keep the diplomacy alive in the near-term, with any military strike appearing to be very much a last resort. That could mean a combination of increased economic and political pressure on Iran, something that would require the support of Russia and China to be effective. It could also mean efforts to seek an agreement different from the 2015 deal.

U.S. and European officials have recently been floating alternatives in talks with Middle Eastern and other allies. That includes the possibility of a partial deal, which would provide moderate sanctions relief for Iran in exchange for Iranian steps to halt and reverse some parts of their nuclear work.

Iranian officials have dismissed that possibility so far, while senior Israeli officials last week told The Wall Street Journal they believed such an outcome would be a gift to the Raisi government by providing Tehran with billions in sanctions relief while leaving its nuclear program advanced.

Israel has stepped up warnings it could take military action against Iran over its nuclear activities.

How has the deal affected Iran’s economy?

The nuclear deal initially opened Iran’s economy to foreign countries and companies, promising to bring fresh capital and new technology to the long-isolated Islamic Republic. Yet the deal had little time to work before Mr. Trump withdrew from it and reimposed sanctions.

U.S. sanctions since 2018 have exacerbated Iran’s economic crisis. Sanctions on oil sales and on Iran’s banking system have slashed the country’s exports, deprived it of foreign exchange, sent Iran’s currency plummeting and accelerated inflation. U.S. threats to punish those who do business with Iran have deterred would-be investors. The sanctions have hit ordinary Iranians hard, raising prices on products such as meat, now a luxury item for many.

Over the past year, however, there has been a stabilization of Iran’s economy, which has somewhat adapted to sanctions. Moreover, with the Biden administration pledging to try to restore the nuclear deal, other countries have been more willing to skirt U.S. sanctions.

China in particular has resumed importing Iranian oil, buying as much as a million barrels a day at times, which has provided foreign currency to Tehran. Iran has also built up networks of trade that skirt the sanctions and is doing nonenergy trade with China, Afghanistan, Syria and Iraq.