Afghan Journalists in Exile Keep Spotlight on Their Homeland 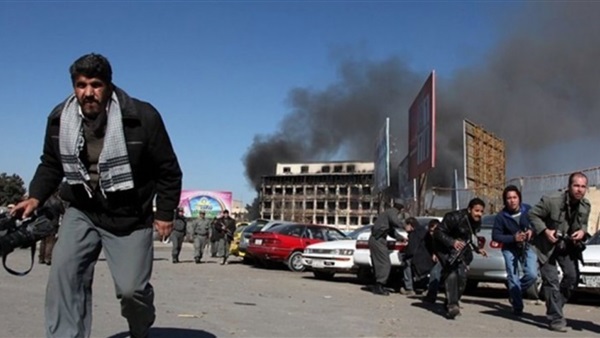 When the 29-year-old left in August, she was part of an exodus of journalists who fled the Taliban out of fear of retaliation, and whose departure severely damaged the nascent media industry.

“For the past 20 years the media has been under attack by the Taliban,” said Ms. Joya. Now, “If you don’t follow the Taliban’s rules, they will kill you.”

The Taliban say they support media freedom, but only within the framework of Islam and national interest. They haven’t detailed how they interpret that framework.

In reality, as soon as the Taliban took control of Afghanistan on Aug. 15, the country’s freewheeling media—one of the most visible achievements of the past 20 years—began to unravel.

Many Afghan reporters who worked for foreign news organizations, including The Wall Street Journal, fled. Several of those who stayed have been threatened, detained or beaten by the Taliban, including some who covered recent protests in support of women’s rights.

Even if formal restrictions on the media have been scarce, the Taliban have in the past targeted Afghan reporters. Uncertainty about how harshly journalists will be treated has led the Afghan media to self-censor, according to media and human-rights activists.

Free media was one of the most visible achievements of the U.S.’s 20-year presence in Afghanistan. The 2004 Afghan constitution allowed for “inviolable” freedom of expression, including in press publications and mass media. The U.S. provided over $150 million between 2001 and its departure this summer to support media outlets and train journalists.

Over two decades, more than 70 newspapers, and hundreds of radio and television channels sprouted across the country, including Zan TV, a channel that almost exclusively employed female staff. The new outlets were a bright spot in a region where media groups have traditionally been beholden to political and financial interests.

These outlets used to play a key role in holding power brokers to account in Afghanistan’s young, often chaotic democracy.

Journalists faced violence during the government that preceded the Taliban takeover in August. Eleven were killed in 2020; few of those killings were investigated. Threats, not just from Taliban fighters but also government-aligned strongmen, were routine, say Afghan reporters.

Now, between Taliban threats and Afghanistan’s economic meltdown, the future of its media is uncertain at best. Since August, 277 media outlets have closed down, according to Nai, a Kabul-based media watchdog

In the past, international media pressured the Afghan government to respect freedom of speech and follow cases of murdered journalists, said an analyst with Nai.

“We no longer have local and international organizations to pressure the government. So [the Taliban] are free to do whatever they want. Many things are happening in Kabul right now, but no one has the guts to cover it,” said the analyst.

As the Taliban seek international recognition for their rule, foreign media have been able to operate relatively freely in Afghanistan since the group’s takeover, though most Western media no longer keep a permanent presence there.

Conditions for Afghan journalists still operating in the country are difficult, including disinformation campaigns that complicate the challenge of reporting accurately. After the Taliban takeover, groups resisting their rule circulated false rumors that Taliban leaders had killed a co-founder of the group during a skirmish in Kabul.

Other photos posted on social media, purportedly of the Taliban executing women, were later shown to have originated in Syria in 2015.

Rukhshana Media debunked widespread reports that the Taliban had killed a member of the country’s female volleyball team, providing evidence that she had died by suicide before the takeover.

The internet now allows Afghan reporters to cover life under Taliban rule in ways that were impossible during the previous Taliban regime, which banned television and photography altogether.

Even the remotest, poorest parts of the country are connected to the outside world via smartphones. In bombed-out towns that have neither electricity nor running water, entrepreneurs have set up internet cafes using generators fueled by solar panels and satellites to catch internet connections.

When hundreds of families of the Hazara minority were displaced by Taliban loyalists from their villages in Daikundi province in September, smartphone footage made it to Afghan media outlets in Kabul within hours.

For Ms. Joya, who named her outlet after a woman who was stoned to death in the rural Ghor province in 2015, the fate of women has made her mission all the more urgent.

The takeover has already pushed many Afghan women into seclusion by forcing them to stay home from work. The Taliban disbanded the former ministry for women’s affairs and suspended family courts that used to help women get divorced and punish men for domestic violence. Human-rights defenders say the level of abuse and the number of forced marriages have risen.

“Afghan women don’t talk to each other. We don’t have a safe place, such as parks, or a safe platform,” Ms. Joya said. “It’s our goal to create a platform for women where they can be free.”

News organizations that, unlike Rukhshana, stayed in Afghanistan have felt pressure to moderate their coverage. They have taken female anchors off air, suspended Turkish television dramas that had grown in popularity over the last two decades, and softened their language about the Taliban.

“We cover everything we need to cover. But we’re a lot more careful,” said Saad Mohseni, chief executive of Moby Group, Afghanistan’s largest media company that includes Tolo, its most-watched television network. The channel’s prominence and size give it a degree of immunity not enjoyed by smaller outlets such as Rukhshana. The network’s staff in Afghanistan was repeatedly targeted by deadly bombings and assassinations in the past.

Free media represents “a kind of resistance for the values we want in Afghanistan,” said Zaki Daryabi, editor and founder of Etilaat Roz, a daily newspaper operating on a shoestring budget that was behind some of the most prominent corruption investigations of the past five years. “That’s why the Taliban is afraid of the media.”

Mr. Daryabi, a 35-year-old father of three, fled Afghanistan in November after receiving threats from Taliban intelligence officials. Several of his paper’s reporters who remained in Afghanistan were severely beaten by Taliban guards while covering women-led protests in September.

Mr. Daryabi said Afghan reporters in exile could seek inspiration from Iranian news organizations outside Iran, which for decades have reported on everything from rights abuses to politics and cultural issues in the Islamic Republic.

For a relatively young media industry, the hardest work may yet lie ahead.

“You don’t wake up in the morning and say you’re going to be the champion of free media. You just go ahead and do your work,” said Mr. Mohseni, who hasn’t been in Afghanistan since the Taliban takeover. “And that’s what we have to do.”