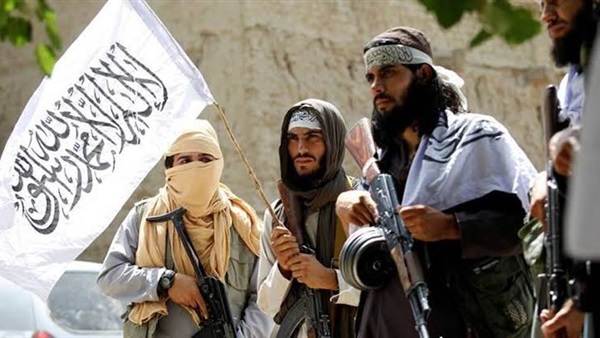 A group of teenage girls filed quietly into Fawzia’s house, took off their shoes and gathered in the living room for a clandestine history lesson.

Fawzia, who asked to be identified only by her first name, talked about Afghanistan’s fabled treasure, the Bactrian Gold, and its past kings and queens. The 56-year-old teacher sees her new, secret work with teens as essential.

When the Taliban started reopening public schools in September, they banned girls from attending beyond the sixth grade. Since then, middle and high schools in a few provinces have reopened to girls, but in Kabul and most of the country they remain shut.

“If they just sit at home they will get depressed or addicted to their phones,” Fawzia said. “We need to give them hope that one day schools will reopen.”

The Taliban leadership has so far espoused a more moderate attitude toward women and girls compared with their rule in the 1990s. Taliban officials say schools for older girls will reopen in Kabul and elsewhere once appropriate gender-segregation arrangements are made.

Yet three months after the Taliban seized control of the country, many Afghans wonder if those promises to reopen schools will be kept.

“It’s clear from their past behavior how they feel about women’s education. They don’t want to empower women through education. Their goal is to keep women in their homes,” said Axana Soltan, who fled Afghanistan as a child when the Taliban were last in power and runs an NGO in the U.S. that advocates for the education of Afghan girls.

In the 1990s, Fawzia, a mother of five, tutored her eldest daughter and other children at home. She is now one of many teachers holding secret classes for teenage girls. Other teens are blending in with younger students at schools, while their teachers hope the Taliban won’t notice or care.

The willingness of parents, teachers and students to resist the de facto education ban is a measure of how much Afghanistan has changed in the past two decades. It signals there would be strong opposition, particularly in cities such as Kabul, to a return of harsh social rules imposed in the past.

The Taliban had banned television in the 1990s, but most Afghans can now access the internet, including online classes. Expectations also have changed.

“When the Taliban first came 20 years ago, the level of education in the country was very low. Many women were satisfied with basic literacy classes. Now, the education level is high,” said Farhat, 22, who asked only her first name be used. She is helping her mother, Fawzia, teach the teenage girls, including a younger sister, in their living room, but “small classes like this can’t fix the problem,” she said. “Schools must reopen.”

Pashtana Durrani, an Afghan educator, is setting up secret classes for girls in science, technology, engineering and math. “If we lose momentum there will be no female doctors, engineers, no midwives,” she said.

Around 100 teenage students in southern Afghanistan are enrolled for a mix of online and in-person teaching, Ms. Durrani said. She hopes to expand the program to other parts of the country, including where girls’ schools have reopened.

The Taliban have said they would respect the rights of women within the framework of Islam, but haven’t explained what limits they will set. Images of women outside many shops have been painted over, and women have been barred from many workplaces, including all government jobs.

“We are committed to giving girls the right to education. Islam has given them that right. But there are some issues that go against our customs and Islamic values. Once those issues are fixed, we will let girls go to school,” said Akef Muhajir, spokesman for the Taliban’s newly established Ministry for the Promotion of Virtue and Prevention of Vice, which occupies the former ministry of women’s affairs. “We’re trying to do it as soon as possible.”

The Taliban say male teachers shouldn’t be allowed to teach female students, requiring the recruitment of more female teachers. They also say transportation must be arranged to ferry teenage girls between home and school. All that requires money the Taliban government doesn’t have. Most teachers, like other civil servants, haven’t been paid in months.

How the Taliban provides education to girls is seen as a benchmark for international assistance. The Taliban are pressing for the release of more than $9 billion in Afghan central-bank assets held by the U.S.

“One of the problems regarding the reopening of girls’ schools and universities is economic,” said Zabihullah Mujahid, the chief Taliban spokesman. “If you impose sanctions on us, you are further disrupting the process.”

Washington is committed to providing humanitarian aid to Afghanistan but is reluctant to directly support the new government unless the Taliban respect women’s rights, U.S. officials said. Legal constraints mean the frozen assets can’t be easily released, the officials said.

“We will need to find ways to continue supporting the Afghan population without benefiting the Taliban,” a State Department spokesperson said. “This won’t be easy.”

The Taliban’s draconian treatment of women helped turn Afghanistan into a pariah state in the late 1990s. All girls were barred from education, and most jobs were off-limits to women. Women appearing in public had to be covered from head to toe and accompanied by a male guardian. Rule-breakers were beaten and detained by religious-police squads.

Fawzia, the teacher, was mostly confined at home. She recalled the time a religious-police officer berated her for not covering her face: “He asked my husband: ‘Why is your wife’s face not covered?’ I was so scared, I quickly covered my face with my head scarf.”

The Taliban lashed her husband as punishment, she said. After that, she only left her home wearing a head-to-toe blue burqa.

Fawzia learned of an undercover school for girls around that time and brought her 7-year-old daughter. “It took place in a center for Quranic studies, she said. “Nobody outside knew they actually taught English.”

While literacy rates have greatly improved in the past 20 years, Afghan girls are still behind: 40% completed primary school compared with 70% of boys, according to 2019 United Nations data. Access to education is especially limited in impoverished rural areas, where there are few schools for boys or girls.

In May, three bombs targeted a high school in a predominantly Shiite neighborhood of western Kabul, killing more than 90 people, most of them teenage girls. Islamic State was suspected. The group is a foe of the Taliban and seeks to exterminate Afghanistan’s Shiite minority.

Yasamin recalled the school building shaking when the first bomb hit. The 16-year-old girl ran outside and scrambled over a wall lined with barbed wire to escape. The attack ended her desire to study. “It was my father who insisted that I return to school because my future depends on it,” she said.

The high school had reopened for a few weeks before the Taliban took control of Kabul. With the high school now closed to female students, Yasamin, who asked only her first name be used, spent her days at home until her parents discovered that some private schools were secretly enrolling teenage girls.

Nasser, 28, is the headmaster of one in a Shiite neighborhood of western Kabul. Initially, he stuck to the rules, he said: No girls beyond sixth grade. Then he started receiving calls from parents. He figured the Taliban were too busy to notice if older girls attended classes.

On Sept. 6, roughly a week after the school reopened, Nasser let families with older daughters know that the teens could return. Now, 50 girls from seventh grade to 10th grade attend, including Yasamin.

“If the Taliban find out what I am doing, they will punish me severely. But I take responsibility for my actions,” said Nasser, who asked to be identified only by his first name. “I have no fear. I want girls to continue their studies.”

Last month, two Taliban fighters responsible for security in the neighborhood knocked on the school’s gate. It turned out “they just wanted to introduce themselves,” Nasser said, and weren’t interested in looking inside.

Yasamin, a sophomore, has attended classes for more than a month. “It’s unthinkable to ban girls from education in the 21st century,” she said. “It’s a fundamental right.”

Months ago, she wanted to be a judge “because in Afghanistan we live in a society where women’s abilities are ignored and where their rights are violated every day,” Yasamin said. Under Taliban rule, she isn’t sure what she will do.

A religious school, or madrassa, in Kabul that allowed girls through the 10th grade reopened two days after the Taliban took the city. Mullah Ibrahim Barakzai, who founded and runs the school, attended by students of both Sunni and Shia sects, said he saw no reason to ask for permission.

He established the madrassa three years ago with the aim of persuading conservative families to enroll their girls. The school teaches English, chemistry and physics, in addition to Islamic studies.

The Taliban are yet to revise the national school curriculum, which is expected to focus more on Afghan history and Islamic studies.

The last time Fawzia met her female students in a school building was on Aug. 10, five days before the fall of Kabul. Her 9th-grade students had just completed the last of their first-term exams.

“This may be the last day that you go to school because the Taliban are coming.” she recalled warning them.

Her students asked what would happen to them under the Taliban.

“Maybe they have changed, and they will let you continue your studies,” she told them. “If not, you can study at home and still learn.”

On Aug. 14, hours before the Afghan republic collapsed, Fawzia went to her school for the last time, to submit the exam papers she had graded.

“I said goodbye to my colleagues, and we promised to stay in touch,” Fawzia said. As she headed out, she said, “I looked at the school one more time and asked myself whether or not I would ever see it again.”

A few weeks later, she got a call from the dean at her school. The Taliban had ordered the teachers to start work at primary schools.

Fawzia now spends mornings teaching 7- and 8-year-old boys. Then she returns home to spend her afternoon teaching the older girls in secret.

“Studying at home is just not the same as studying in school,” her 16-year-old daughter Malahat said. “It’s not just about studying. I miss my classmates.”