The deadly fate of Syrian refugees who return 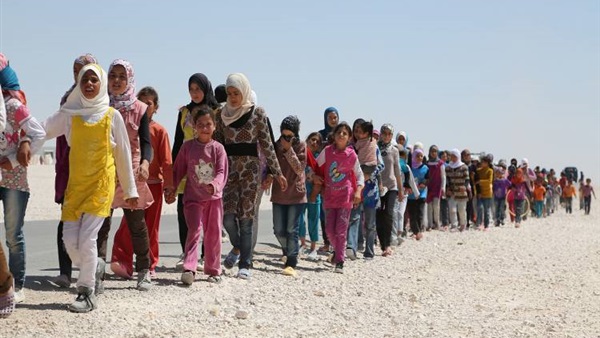 Refugees who have returned home to Syria have regularly been jailed, tortured and in some cases extrajudicially killed, according to a new report that will cast further doubt on the hopes of some European countries that they can start repatriating asylum seekers.

Researchers for Human Rights Watch (HRW) interviewed 65 refugees who had returned to Syria from neighbouring Lebanon and Jordan, or their family. They found 21 had been arrested, 17 “disappeared”, 13 tortured, three kidnapped and one allegedly sexually assaulted. They also recorded five cases where the person who returned was extrajudicially killed.

The report will put pressure notably on the Danish government, which has stopped renewing residence papers for some Syrian asylum seekers on the basis that the capital Damascus at least is safe for return.

Nadia Hardman, HRW’s refugee and migrant rights researcher, said: “The harrowing accounts of torture, enforced disappearance, and abuse that refugees who went back to Syria endured should make it patently clear that Syria is not safe. Widespread property rights violations and other economic hardships also make a sustainable return impossible for many.”

The Danish decision applies only to asylum-seekers from Damascus province, of whom there are an estimated 1,200 in the country. However, although the regime of President Assad has regained control of much of the country, including Damascus and the second city Aleppo, there continue to be widespread reports of arrests and unrest.

In Damascus, just as the HRW report was being released on Wednesday morning, two bombs exploded near a bus carrying soldiers, killing at least 14 people.

On a visit last month to eastern Syria, which is outside regime control, The Times discovered that residents of Damascus and Aleppo who had lived in the cities throughout the war were flocking to Raqqa, the former capital of Islamic State, because of its relative safety.

At least six million Syrians fled the country during the first five years of the Syrian war. Most stayed in neighbouring countries, with more than 3.7 million still in Turkey, and between half a million and a million each in Jordan and Lebanon. More left after taking jobs abroad without registering for refugee status.

On top of these, hundreds of thousands joined the migrant trail across the Mediterranean to Europe in 2014-15. Human rights groups have criticised the treatment of those who found their way to Denmark, and particularly fear that the Danish decision to place some refugees in “return centres” before their eventual removal will set a precedent for other European countries.

Britain officially still regards Syria as unsafe. So does the United Nations High Commission for Refugees, which says it will not co-operate in mass return programmes.

HRW said its interviews confirmed suggestions that the Assad regime regards all those who fled abroad as suspect — Assad himself has hinted that Syria is better off without many of them, and has begun enacting laws making it easier to confiscate their property.

The campaign group said nearly all refugees who returned faced some sort of interrogation, including torture.

“The first day I was put in a wheel – dulab,” one refugee said. The dulab is a well-recognised Syrian form of torture where the victim is rolled into a large car tyre and beaten.

“I stayed like this for two continuous days, day and night. After that I met with the investigator. He was torturing me and interrogating me for eight days. He accused me of funding the Free Syrian Army and the opposition . . . I don’t have enough money for bread, how can I fund the opposition?”

Shadi, 31, from Deraa province, lost a leg in an airstrike before fleeing abroad. After returning he was arrested while travelling to Damascus to register his exemption from national service.

“[The guards] started to mock me by saying, ‘Who ate your leg?’ and ‘You are a terrorist.’ I tried to explain but instead they beat me. I showed them the exemption but they ignored it. Two officers kicked me and used my crutch to beat me. I was interrogated every day. After one week they started to electric shock the stump of my amputated leg.

“They interrogated another man in front of me. He was 80 years old and he had diabetes and they electrocuted him. He was blinded. He died in our cell a few days later. We begged the guards to take the dead man. They waited three days.”

Another refugee described how he had paid a $8,000 bribe to a Syrian official to discover what had happened to his brother after he returned from Jordan to Deraa in southern Syria. His brother had been arrested at a checkpoint and subsequently died in detention in the Military Intelligence Branch 235 prison in Damascus, he learnt.

Rarely was a formal reason given for arrests and interrogation, though several young men were officially deserters having failed to perform their military service.

One man had transferred money from Jordan to family members still in Deraa. The head of the money exchange office in Deraa later joined the army and gave the authorities a list of all of its customers. The refugee was accused of providing terrorists with financial support on his return.

The HRW report is also aimed at Lebanon, which is aggressively encouraging refugees to return, and Jordan, which is not doing so but has made life more difficult for its refugee population. Lebanon has maintained relations with the regime during the war, while those between Amman and Damascus are warming slowly.

The bombing in Damascus on Wednesday morning caused the worst loss of life since the regime seized back control of the city’s remaining rebel-held suburbs three years ago. A third bomb was defused nearby. No one has so far claimed responsibility.

A regime artillery assault on the city of Ariha in Idlib, northwest Syria, which is held by jihadist-linked rebels, has killed at least 13 people, including at least ten civilians, according to early reports. Several of the victims were said to be children on their way to school.