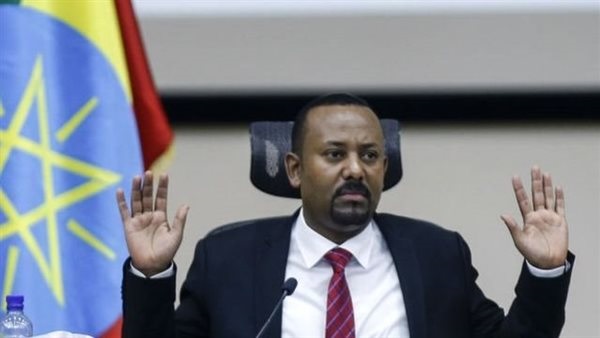 Ethiopia ordered the expulsion of seven senior United Nations officials on Thursday, two days after the U.N.’s aid chief warned that northern Ethiopia is sliding into famine because the government is blocking aid deliveries to the region.

Among those on the list of those ordered expelled were officials coordinating relief efforts and sounding the alarm about the humanitarian crisis in Tigray, the northern region that has been at war for nearly a year with the Ethiopian government.

At least five million people in Tigray urgently need help, but just 606 trucks have been allowed to enter the region since July 12, bringing barely one-tenth of the supplies needed to avert a catastrophic famine, U.N. officials said. Aid workers accuse Ethiopian officials of using harassment and obstruction to constrict the flow of aid into a region controlled by Tigrayan rebel forces.

Trucks filled with food, medicine and fuel are stranded in the neighboring Afar region, denied permission to move. On Thursday, Ethiopian officials forced 10 aid workers to get off a U.N. flight into Tigray, saying they lacked the necessary paperwork, said a senior aid official who did not want to be identified to avoid reprisals.

In a statement giving the U.N. officials 72 hours to leave, Ethiopia’s foreign ministry accused them of “meddling in the internal affairs of the country” and declared them “persona non grata.”

The U.N. Secretary General António Guterres said he was “shocked” by the announcement and expressed his “full confidence” in U.N. staffers who deliver lifesaving aid in Ethiopia.

The Ethiopian order, if carried out, would be one of the biggest expulsions of senior U.N. humanitarian officials from any country, easily eclipsing the Syrian government’s eviction of three U.N. officials in 2015 in the midst of that country’s civil war.

It was also an indirect rebuke to President Biden, who two weeks ago threatened to impose sanctions on Ethiopian officials and other belligerents in the Tigray conflict unless they stopped fighting and opened up humanitarian access to the region.

On Thursday Mr. Biden’s press secretary, Jen Psaki, condemned the Ethiopian order “in the strongest possible terms” and said the U.S. “would not hesitate” to impose the sanctions — but did not say when. “We agree with U.N. leaders: This is a stain on our collective conscience and it must stop,” Ms. Psaki said.

Prime Minister Abiy Ahmed, who won the 2019 Nobel Peace Prize, has reacted to mounting international pressure with anger and defiance. That theme was reinforced by his deputy prime minister and foreign minister, Demeke Mekonnen, at the United Nations General Assembly last week when he accused unspecified enemies of inventing fictions about the situation in Tigray so as to vilify Ethiopia’s government.

Without naming those enemies, Mr. Mekonnen strongly suggested that foreign humanitarian groups were behind negative “story lines” and “horrific imagery of faked incidents.” He appeared to lay the groundwork for the expulsions when he declared: “We are nearly convinced humanitarian assistance is a pretext for advancing political considerations.”

Nevertheless, U.N. officials appeared to hold out hope on Thursday that the Ethiopian authorities might walk back the expulsion order.

Stephanie Tremblay, a U.N. spokeswoman in New York who delivered Mr. Guterres’s reaction at the regular daily news briefing, said discussions were underway between Ethiopian and U.N. officials “at various levels” and emphasized that their staff “have not left Ethiopia yet.”

“We’re really engaging with the government in the expectation that our colleagues are going to be able to remain and continue their work in the country,” she said.

Still, last-minute appeals failed this summer after Ethiopia expelled aid workers from two major agencies — the Dutch branch of Doctors Without Borders and the Norwegian Refugee Council, accusing them of arming “rebel groups.”

Most of the officials named in Thursday’s expulsion order work for the U.N.’s Office for Coordination of Humanitarian Affairs, whose detailed reports have been instrumental in bringing global attention to the crisis in Tigray.

On a visit to Ethiopia this week, the agency’s head, Martin Griffiths, accused Ethiopia of mounting a “de facto blockade” of Tigray.

“This is man-made; this can be remedied by the act of government,” he said.

When the Tigray war erupted in November, Mr. Abiy promised a swift, bloodless campaign. Instead it has become associated with mass starvation, sexual violence and ethnic cleansing and, in recent months, spread from Tigray into the neighboring regions of Afar and Amhara.

The humanitarian situation is worsening in those areas, too. The U.N. said Thursday that it was feeding 52,000 internally displaced people in Afar, and an additional 163,000 in Amhara.

Both sides appear to believe that military victory is possible, and fighting is expected to flare in the coming weeks, when the rainy season usually tapers off. Foreign diplomats said they held out limited hope that an African Union mediation mission, led by former Nigerian president Olusegun Obasanjo, will succeed soon.

Still, many will be closely watching a speech that Mr. Abiy is expected to deliver to Ethiopia’s Parliament on Monday, marking the start of a new government, for any signs that he is open to negotiations.

Ethiopian officials have sought to divert criticism of the aid blockade on Tigray by accusing the Tigray People’s Liberation Front, which controls the region, of seizing aid trucks for military purposes.

But senior U.N. officials and diplomats said there was little evidence to back those claims. The biggest problem, they said, is that ethnic Tigrayan truck drivers are reluctant to leave the region for fear of facing harassment or attacks.

Food, fuel, medicine and cash are running low inside Tigray, where the government has cut off internet and phone services, closed banks and blocked fuel supplies.

In interviews, several aid workers in Ethiopia said they feared the expulsions would have a chilling effect on their ability to maneuver in the country and to speak openly. The aid officials declined to be identified to avoid reprisals from the Ethiopian authorities