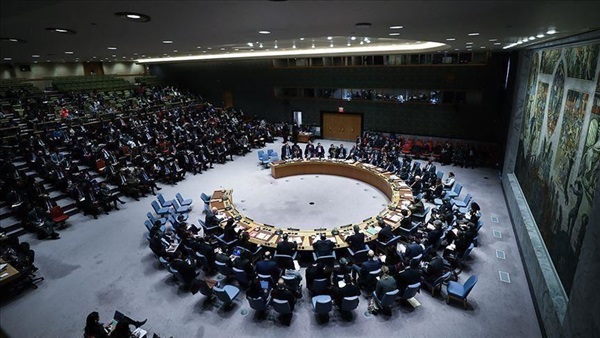 . The Taliban wants to send a high-ranking official to a gathering of world leaders this week at the United Nations General Assembly in New York, according to a U.N. official, an indication that the militant group seeks legitimacy on the world's biggest diplomatic stage.

A senior State Department official said the Taliban request would be taken up by a credentials committee that includes the United States but did not preview an outcome.

It will take some time to deliberate, so we will obviously follow this issue closely and deliberate along with other members of the credentials committee," said the official, who spoke to reporters on the condition of anonymity under ground rules set by the State Department.

It remains unclear how leading nations will approach the issue. World leaders, including Guterres, have said they would seek to leverage the Taliban's desire for international legitimacy to push for the formation of an inclusive government, including women, which has yet to happen.

The Taliban request to the United Nations was first reported by Reuters.

The request comes as the group expands its economic team and seeks to stabilize a financial system in free fall after the abrupt freeze of billions of dollars in foreign aid. On Tuesday, the group named a commerce minister and two deputies as it faces a chronic cash shortage that has brought daily economic activity to a near-halt.

In response to demands that the group form an inclusive government, the Taliban appointed ethnic minorities to deputy minister-level positions, including Uzbeks, Tajiks and one Hazara.

The absence of any women in the government appeared likely to stymie the Taliban's ability to secure international funding, but the group said such criticism should not get in the way of formal recognition.

It is the responsibility of the United Nations to recognize our government; for other countries, including European, Asian and Islamic countries, to have diplomatic relations with us," said Taliban spokesman Zabihullah Mujahid.

The Taliban's letter to the United Nations came with the letterhead "Islamic Emirate of Afghanistan," the Taliban's preferred name for its government, Haq said.

The note said Amir Khan Muttaqi, the Taliban's minister of foreign affairs, would like to participate in the "76th session of the U.N. General Assembly on September 21-27 2021." It also noted that Ashraf Ghani, the former president of Afghanistan, had been ousted and that countries around the world "no longer recognize him as president."

The Biden administration recently asked the United Nations to waive a travel ban for the Taliban, but a senior U.S. official said that request was made to ensure that Taliban leaders could continue to travel to Qatar, where they have engaged with representatives of foreign governments, and was not a request to allow the group to travel to New York