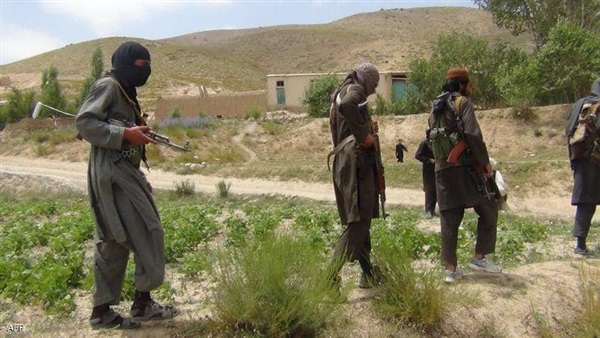 The Taliban is still trying to invade major cities in Afghanistan, seen as the second stage of its scheme to dominate the country.

In an attempt to prove that the fall of these cities into its lap is possible, the Taliban attacked on August 3 the house of Afghan Defense Minister, Bismillah Mohammadi, in Kabul.

This came in conjunction with other attacks in Lashkarshah, the capital of Helmand province, one of the most important strongholds of the Taliban.

This has promulgated the beginning of the second phase of Taliban's control over the country. This came after the movement was able to control most of rural Afghanistan and desert and mountainous areas in the country.

Since May 2021, the Taliban has been able to control vast rural areas and major border crossings, including the main border crossing with Pakistan, for the first time since its overthrow from Afghanistan's rule in 2001.

The movement has established strong presence throughout the country, including in the northern, northeastern and central regions.

In doing this, the movement is taking advantage of the withdrawal of US and coalition troops from Afghanistan.

This withdrawal is apparently giving the movement ample room to rearrange its ranks and pounce again.

This is raising fears of the partition and collapse of Afghanistan as a state.

The Taliban started seizing small villages, a tactical measure that allows it to expand in the widest possible area on the ground.

The movement has a knack for guerrilla warfare, which enabled it to resist American and foreign forces in the past years.