Fourth officer kills himself after US Capitol riot 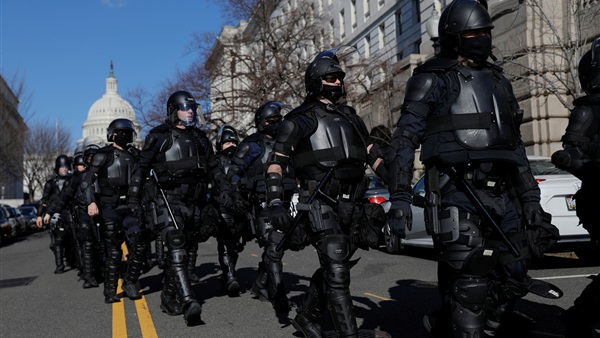 Two officers who defended the US Capitol as pro-Trump rioters laid siege to it on January 6 have killed themselves in recent days, bringing the total number of police suicides since the violence occurred to four.

Gunther Hashida, 44, who had been with the force for 18 years and was assigned to the emergency response team, was found dead at his home last Thursday.

Meanwhile, Kyle DeFreytag, a 26-year-old Metropolitan Police officer, was found dead on July 10, a department spokesman confirmed on Monday. He had joined the force five years ago.

They are the fourth and fifth police officers to die since the insurrection, during which violent protesters, fuelled by lies about voter fraud, entered the Senate chamber in an attempt to stop the certification of President Biden’s victory.

Brian Sicknick, an officer, suffered strokes and died one day after the insurrection. Howard Liebengood, a 16-year veteran of the force, killed himself three days after the attack and Jeffrey Smith, another officer, killed himself a few weeks later.

“When my husband left for work that day, he was the Jeff that I knew,” Smith’s wife told The New York Times last week. “When he returned after ... being hit in the head, he was a completely different person. I believe that if he had not gone to work that day, he would be here.”

Hashida is survived by his wife, Romelia, and three children.

“We are grieving as a department as our thoughts and prayers are with Officer Hashida’s family and friends,” a police spokeswoman said.

Nancy Pelosi, the Democratic Speaker of the House, said Hashida was “a hero who risked his life to save our Capitol, the congressional community and our very democracy”, adding that “all Americans are indebted to him”.

News of the two deaths comes a week after officers testified to a House select committee about their harrowing experiences defending the Capitol.

More than 550 people face criminally charges for their role in the insurrection. Ashli Babbitt, 35, a Trump supporter, was killed by police at the height of the riot while trying to climb through a barricade.

Harry Dunn of the Capitol Police pleaded with his fellow officers to seek professional help if they were struggling: “What we all went through that day was traumatic, and if you are hurting, please take advantage of the counselling services available to us