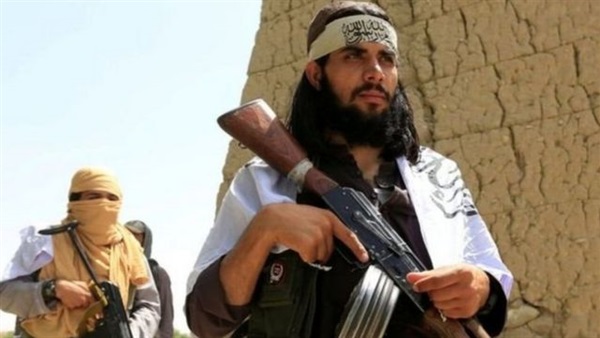 NEW DELHI — The body of Danish Siddiqui, a Pulitzer Prize-winning Reuters photojournalist who was killed in Afghanistan this month, was badly mutilated while in the custody of the Taliban, officials said this week.

The revelation comes amid concern that the fighting in Afghanistan, where the Taliban have carried out an aggressive military offensive since the United States withdrew nearly all its troops, has become increasingly brutal as peace talks have stalled.

Mr. Siddiqui, 38, an Indian national who took some of the most memorable news photographs from South Asia in recent years, was killed on the morning of July 16, when Afghan commandos he had accompanied to Spin Boldak, a border district recently captured by the Taliban, were ambushed. Initial photographs from the scene showed Mr. Siddiqui’s body with multiple wounds but fully intact.

But by that evening, when the body was handed over to the Red Cross and transferred to a hospital in the southern city of Kandahar, it had been badly mutilated, according to two Indian officials and two Afghan health officials there. The mutilation was reported by an Indian website, Newslaundry, in the days after Mr. Siddiqui’s killing.

The New York Times reviewed multiple photographs, some provided by Indian officials and others taken by Afghan health workers at the hospital, that showed Mr. Siddiqui’s body had been mutilated. One Indian official said that the body had nearly a dozen bullet wounds and that there were tire marks on Mr. Siddiqui’s face and chest.

One of the health officials in Kandahar said that the body, along with Mr. Siddiqui’s press vest, had reached the city’s main hospital around 8 p.m. on the day he was killed. His face was unrecognizable, said the official, who added that he could not determine exactly what had been done to the body.

A Taliban spokesman, Zabihullah Mujahid, denied any wrongdoing on the part of the insurgents, saying that they were under orders to treat bodies with respect and to hand them over to local elders or the Red Cross. But the Taliban were in control of the area at the time, and some photographs showed what appeared to be the group’s fighters standing around Mr. Siddiqui’s body, which was then intact.

“Danish always chose to be on the front lines so that abuses and atrocities could not remain hidden,” said Meenakshi Ganguly, the South Asia director for Human Rights Watch. “The brutality with which Taliban fighters punished Danish proves the abuses that he was documenting.”

Human Rights Watch and other watchdog groups say the Taliban have carried out a series of revenge killings in Kandahar Province, where some of the most brutal episodes in Afghanistan’s last four war-torn decades have occurred.

The Taliban rose to power from the southern province in the 1990s, promising to end atrocities carried out by local militias. In recent years, Afghan forces led by Abdul Raziq, a general who was assassinated in 2018, were accused of ruthless tactics as they fought the Taliban in Kandahar. Spin Boldak, where Mr. Siddiqui died, was General Raziq’s hometown. Reports have emerged of the Taliban detaining, and in some cases executing, people who had been associated with the general.

There are conflicting reports about what happened on July 16, as the Afghan special forces with whom Mr. Siddiqui was traveling tried to retake Spin Boldak.

Accounts from local officials, as well as Taliban members, suggest that Mr. Siddiqui and the Afghan unit’s commander were killed in a crossfire when their convoy was ambushed from multiple directions. Their bodies were left on the battlefield as the rest of the unit retreated, according to this version of events.

Some news outlets reported that Mr. Siddiqui might have been captured alive by the Taliban and then executed. Those reports could not be confirmed. One Indian official, however, said that some of Mr. Siddiqui’s wounds appeared to be from gunshots at close range.

Three days before his killing, Mr. Siddiqui posted a video on Twitter in which he said several rocket-propelled grenades had struck the armored vehicle in which he was traveling.

His body, in a closed coffin, was returned to his home in New Delhi two days after his death. The narrow alley leading to his house was crowded with neighbors and friends. Colleagues — many of whom had accompanied him as he covered some of India’s most tumultuous recent events, such as mass protests and the coronavirus pandemic — wept, hugged and consoled one another.

Mr. Siddiqui was buried late at night in a cemetery at Jamia Millia Islamia, the university in New Delhi from which he had graduated. At a candlelight vigil, reporters held pictures of him wearing his press vest. The text read simply, “Danish Siddiqui, Killed in Afghanistan