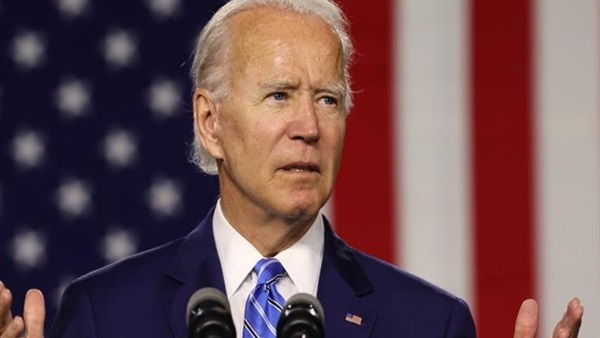 The Biden administration on Monday transferred its first detainee out of Guantánamo Bay, repatriating a Moroccan man who had been recommended for discharge from the wartime prison starting in 2016 but nevertheless remained there during the Trump years.

The transfer of the man, Abdul Latif Nasser, 56, was the first sign of a renewed effort under President Biden to winnow the population of prisoners by sending them to other countries that promise to ensure the men remain under security measures. Mr. Nasser was never charged with a crime.

The transfer process, which was pursued by the George W. Bush and Barack Obama administrations, had atrophied under Donald J. Trump. With Mr. Nasser’s departure, there are now 39 prisoners at Guantánamo, 11 of whom have been charged with war crimes. At its peak in the years after the Sept. 11, 2001, attacks and the invasion of Afghanistan, the prison complex at the U.S. naval base there held about 675 men.

The remaining 28 prisoners who have not been charged during the nearly two decades they have been in custody are held as Mr. Nasser had been — as indefinite law-of-war detainees in the armed conflict against Al Qaeda. Of those, 10 have been recommended for transfer with security arrangements by a federal parole-like panel.

The Biden White House, while supporting the goal of closing the prison, has adopted a low-key approach in that effort. Mr. Obama made it a signature policy, ordering that the prison be closed during his first year in office — and failed in the face of intense opposition from Congress. Mr. Biden and his aides have sought to avoid igniting the same kind of backlash by working quietly to begin reducing the prison population again.

“The United States is grateful to the Kingdom of Morocco for its willingness to support ongoing U.S. efforts to close the Guantánamo Bay detention facility,” a senior administration official said on Sunday, while the transfer was underway, and so declined to be identified by name. The official said the White House was “dedicated to a deliberate and thorough process of responsibly reducing the detainee population and ultimately closing the Guantánamo Bay detention facility.”

Military intelligence officials have cast Mr. Nasser as a former Taliban fighter who battled the invading U.S. forces in the Tora Bora mountains in late 2001. He told an interagency panel through a representative five years ago that he “deeply regrets his actions of the past,” and he was approved for release by the government panel on July 11, 2016, on the condition that he be sent only to his native Morocco with security assurances from its government.

Details of such arrangements are not public, but in the Obama years they typically included not letting the former detainee travel abroad for several years and a commitment to monitor him and to share information with the American government about him.

U.S. forces delivered Mr. Nasser to Moroccan government custody early Monday. His lawyer, Thomas Anthony Durkin of Chicago, said that he was being held at a police station in the Casablanca area and that he expected him to be reunited with his family in the coming days.

The police in Morocco were investigating him for alleged involvement in terrorism, according to a statement issued by the Moroccan government. Detainees who were repatriated from Guantánamo to Morocco by earlier U.S. administrations were similarly investigated, and some were prosecuted.

Mr. Nasser’s family members in Casablanca have pledged to support him by finding him work in his brother’s swimming pool cleaning business, Mr. Durkin said.

Mr. Durkin, who has represented Mr. Nasser for more than a decade, noted that Mr. Nasser was on the verge of release in early 2017 when the Trump administration halted all transfers and closed the office at the State Department that negotiated security arrangements for such deals.

Only one detainee left the prison during the Trump years, and under very different circumstances: A confessed Qaeda terrorist was repatriated to Saudi Arabia to serve out a prison sentence imposed by a U.S. military commission, in accordance with an earlier plea agreement.

In a statement, Mr. Durkin called the last four years of Mr. Nasser’s 19-year detention “collateral damage of the Trump administration’s and zealous Republican war-on-terror hawks’ raw politics,” adding, “If this were a wrongful conviction case in Cook County, it would be worth $20 million.”

The Biden administration did not renegotiate the Obama-era agreement to repatriate Mr. Nasser, the senior official said, but the State Department did need “to reaffirm” the terms of the transfer agreement with Morocco. They were not disclosed.

A public radio personality with a similar name, Latif Nasser, now of the public radio program “Radiolab,” devoted a six-part audio series to questions about whether his near-namesake’s activities, including a stint at a Qaeda training camp in Afghanistan in the late 1990s, merited two decades of U.S. military detention.

Mr. Nasser, the Guantánamo detainee, had been captured in 2001 by Pakistani security forces, which turned him over to the American military.

As part of its low-key approach, the Biden team has not revived the Obama-era position of a special envoy to travel the world negotiating deals for other countries to take in lower-level detainees. Instead, regional diplomats and career employees in the State Department’s Bureau of Counterterrorism handled talks with the Moroccan government, according to officials familiar with the matter.

“We are trying to find a way to act on each individual case,” Secretary of State Antony J. Blinken said at a human rights discussion in Paris on June 25. “In certain cases you need to find a country that is ready to welcome the person in question.”

Once a country is identified, he said, “we must have a guarantee that the rights of these people will be protected in that country. That’s not easy, either.”

On Monday, the State Department spokesman, Ned Price, praised the Moroccan government for taking custody of Mr. Nasser and used the opportunity to urge other countries — which he did not name — to repatriate their citizens who were captured in Syria or Iraq in the conflict against the Islamic State. Many European countries have hesitated to take responsibility for handling their nationals, leaving them in the hands of Kurdish fighters.

“Morocco’s leadership in facilitating Nasser’s repatriation, alongside its past willingness to return its foreign terrorist fighters from northeast Syria, should encourage other nations to repatriate their citizens who have traveled to fight for terrorist organizations abroad,” Mr. Price said.

The Biden administration has reinvigorated a parole-like process that was established in the Obama years to consider each Guantánamo detainee who was not charged with crimes, to decide whether to recommend turning him over to the custody of another country. The interagency Periodic Review Board has announced five decisions since Mr. Biden took office, and all of those detainees were approved for transfers — including the oldest man held at Guantánamo, a 73-year-old Pakistani with heart disease and other geriatric ailments.

The panel has representatives from six national security agencies, including the Office of the Director of National Intelligence, the Pentagon’s Joint Staff and the Department of Homeland Security, but a recommendation for transfers does not assure release. The State Department must still come up with a transfer deal, and the defense secretary must personally approve it and provide notice to Congress.

The board also held a hearing on May 18 on whether to recommend the transfer of the Saudi prisoner who was tortured at Guantánamo, Mr. Qahtani, but has not announced a decision.

He has a separate lawsuit pending in federal court over whether his psychiatric condition, acute schizophrenia, justifies repatriating him to medical care in Saudi Arabia because he cannot receive adequate care at the naval base. As part of that lawsuit, his lawyers obtained a court order to have a panel of doctors, including two non-American ones, examine him.

The Justice Department during the Trump administration had opposed that lawsuit, and days before Mr. Trump left office his Army secretary changed a regulation to try to disqualify all Guantánamo prisoners, notably Mr. Qahtani, from the possibility of a court-ordered independent examination by outside doctors.

Some Democrats in Congress, signaling impatience at the pace of efforts to close the prison, have proposed legislation in the Appropriations Committee that would defund the detention operation at Guantánamo, which has been estimated to cost more than $13 million per prisoner per year.

Doing so, however, would require finding a place for the remaining 39 detainees to go. And even if the transfer of Mr. Nasser to Morocco turns out to be the first of a flurry, transfers of lower-level detainees alone will not close the prison.

Some prisoners would have to be brought to the United States, potentially to a military detention setting, notably Khalid Shaikh Mohammed, who has yet to go on trial as the accused mastermind of the Sept. 11 attacks.

Current federal law dating to early 2011 forbids such transfers. The Biden White House’s 2022 budget proposal would restore presidential authority to transfer Guantánamo detainees to a mainland prison facility. But that would be up to Congress.

Republicans and some Democrats have opposed the transfer of Mr. Mohammed and the others to detention in the United States and sought to stoke fears that giving them a trial on U.S. soil or simply detaining them on the mainland would be more of a danger to national security. Opponents of the restrictions say that the federal government already holds many convicted terrorists on domestic soil safely and that bringing detainees from Guantánamo to similar detention would be no different.

In a sign that such political messaging may soon return, on May 25, eight Republican senators wrote Mr. Biden opposing his intent to close the detention center through transfers.

“The remaining 40 detainees are all high risk,” the senators wrote. Senator James Lankford of Oklahoma led the effort. The others who signed it were Marsha Blackburn, Kevin Cramer, Ted Cruz, Steve Daines, James M. Inhofe, Jerry Moran and Thom Tillis.