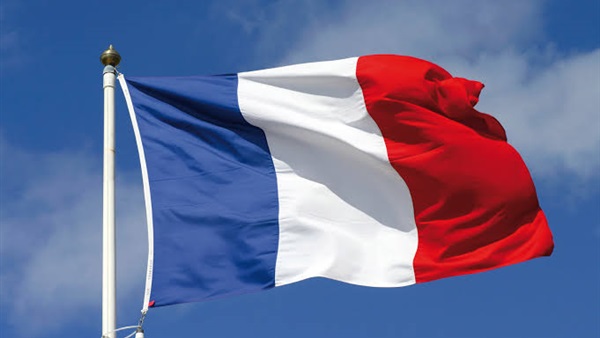 Ten-year-old Riyad El Baroudi faces a dilemma whenever it’s time to sit down for lunch at his elementary-school cafeteria.

His father forbids him to eat pork in accordance with Islamic laws. But in January, local authorities streamlined meals at public schools across Béziers, a hilltop town in southern France, and now pork is often the only meat on the menu.

“This is a provocation,” said Rachid El Baroudi, Riyad’s father.

Public schools across France have become the front lines of a struggle between segments of France’s large Muslim population and proponents of laïcité, the country’s strict separation of religion and state. Many Muslim families say authorities are broadening their interpretation of laïcité—applying it to everything from what’s served in the cafeteria to whether Muslim mothers can chaperone field trips wearing head scarves—in ways that target Muslims for their religious beliefs.

Teachers, administrators and French officials say they are pushing back against a decadeslong cultural shift, in which schools have come under pressure to accommodate the religious beliefs of many French Muslims in ways big and small. The pressure, they say, is undercutting a republic built on the principle of laïcité as well as the values of equality, liberty and fraternity.

Students are citing their religious beliefs in refusing to attend biology, history or music classes, according to teachers. Parents are also forbidding their daughters to participate in swimming classes or go on field trips, teachers say. A recent poll conducted by Paris-based agency Ifop found that 53% of teachers say some students in their middle school or high school cite their religious beliefs in challenging a lesson or refusing to participate, compared with 46% of teachers in 2018.

A poster depicts middle-school teacher Samuel Paty, who was beheaded by an 18-year-old Chechen refugee in October 2020 in Conflans-Sainte-Honorine, a suburb west of Paris.

The tensions were cast into relief in October when middle-school teacher Samuel Paty was beheaded in a terrorist attack outside Paris. The assailant, an 18-year-old Chechen refugee who was later killed by police, targeted Mr. Paty for displaying cartoons from the satirical magazine Charlie Hebdo that depicted the Prophet Muhammad, which is forbidden under Islamic teachings. After Mr. Paty’s killing, hundreds of students across the country refused to observe a minute of silence in memory of the teacher, according to the French Education Ministry.

“Public schools are under attack,” said Fatiha Agag-Boudjahlat, a 41-year-old high-school teacher in the southern city of Toulouse. Ms. Agag-Boudjahlat, who grew up in a Muslim family originally from Algeria, said her generation wasn’t as strict in their religious beliefs as many of the students she teaches today.

In June, the Education Ministry announced plans to launch a new laïcité training program for teachers over the next four years, after the ministry reported incidents of online classes during the country’s first Covid-19 lockdown being interrupted by religious chants and videos of beheadings.

The government of President Emmanuel Macron has also proposed a bill to Parliament that would make it a crime to pressure teachers or any other civil servants in the name of religion.

“The republic will resist through its schools those who want to fight or divide it,” Mr. Macron said in a speech last fall proposing the bill, which also reins in the independence of mosques and other religious organizations across France. The bill is currently before the Senate, which has sought to add provisions barring field-trip chaperones from wearing overt religious symbols.

French President Emmanuel Macron has proposed a bill that would make it a crime to pressure teachers or other civil servants in the name of religion.

Human-rights groups say schoolchildren and parents who refuse to abide by public-school rules represent a minority of France’s Muslim community. Some parents also say authorities are conflating the behavior of children—whether it is playground mishaps or teenage rebellion—with religious extremism.

In Nice, along the French Riviera, Hayat Achouri said she was recently summoned by the principal of her son’s school, after staff overheard the boy telling his kindergarten schoolmates at the cafeteria that he was “Islamic.”

It was unclear why the principal objected to the use of the word. The school didn’t respond to requests for comment. Ms. Achouri said the principal warned her to be more careful about which words she uses around her son. Ms. Achouri said she later found out that the children were talking about gifts they hoped to get for Christmas. Her son used the word Islamic, she said, while explaining to his friends that his family celebrated Christmas despite being Muslim.

“Mom, did I say a bad word?” Ms. Achouri said her son asked her.

The fight over school food has been rife with misunderstanding and tension. In his fall speech, Mr. Macron criticized local officials who “under pressure from groups or communities have considered imposing meals prepared according to religious guidelines at schools’ cafeterias.”

Public schools in France don’t serve meals under halal, kosher or any other religious dietary requirements. The only exception is in Alsace-Moselle, a borderland where France’s laws on laïcité don’t apply because the area was under Prussian rule when the laws were first adopted in 1905. Mr. Macron’s office declined to identify the local officials he was referring to in his speech.

Waves of immigration from former French colonies in North Africa have changed the demographics of some towns in rural France as well as their norms. Many schools across the country, like Riyad’s in Béziers, began serving what are known as substitution meals whenever pork was on the menu. This provided options like beef or chicken to Muslim or Jewish children who didn’t want to eat pork.

In recent years, some voters have responded to the immigration influx by electing conservative and far-right politicians to local office. These authorities then ordered local schools to stop serving substitution meals in the name of laïcité.

France’s top administrative court ruled in December that the principle of laïcité doesn’t prohibit schools from serving meals without pork to accommodate personal religious beliefs, but that schools are under no obligation to do so. The ruling came in response to a complaint that a Muslim association filed against local authorities in Chalon-sur-Saône, a town in eastern France where schools stopped serving substitution meals in 2015.

“Certain children are excluded from an important part of school life,” Mr. Kalifat said, though he added that few Jewish students have to deal with the issue since most children from practicing Jewish families go to private religious schools, which like all private schools in France are exempt from laïcité rules.

The Catholic Church hasn’t weighed in on the debate over substitution meals. It supports the principle of laïcité in public schools and has worked with the government to defend French Republican values. Most private Catholic schools ask parents to sign a republican charter.

Béziers Mayor Robert Ménard, who was elected in 2014 with the support of far-right leader Marine Le Pen, eliminated substitution meals this year. Under the new system, students can pick between weekly menus that include pork or eating exclusively vegetarian meals.

“These people are not allergic to pork for medical reasons,” said Mr. Ménard in an interview, referring to Muslim students. “They don’t want to eat pork? Eat vegetarian food.”

Some Muslim families welcomed the change. Samira Akabli, like most of the mothers standing outside the school’s iron gates on a recent afternoon, wears a Muslim head scarf. Her children are only allowed to eat halal meat, meaning she used to regularly remind them not to eat any of the meat served at the cafeteria. After the mayor changed the menu, she signed up her children for the vegetarian menu.

Riyad, the 10-year-old boy, said that he and many of his classmates—most of whom are also Muslim—have simply stopped going to the school cafeteria. “I liked going to the cafeteria to be with my friends, but now I’d rather eat at my grandma’s,” he said.