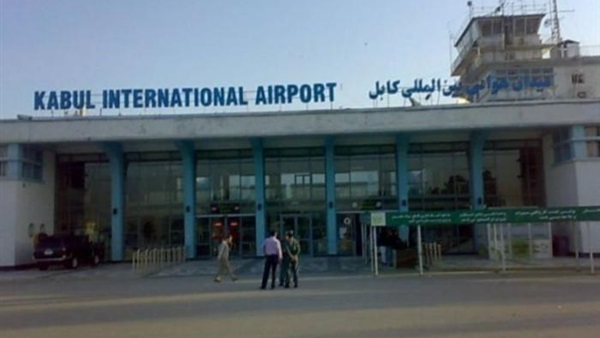 U.S. and Turkish officials have made progress in talks on a plan for Turkish troops to run Kabul’s international airport, something that would enable foreign embassies to remain in Afghanistan after the American military withdrawal, Turkey’s defense minister said.

“A framework was drawn and work continues in specified fields,“ Defense Minister Hulusi Akar said in remarks reported by Turkey’s official news agency on Tuesday. “We made quite constructive, quite positive talks. There are other countries that want to help Afghanistan, we are talking to them as well. It is a versatile process.”

Talks were continuing with Defense Secretary Lloyd Austin and other U.S. officials, he added.

The Taliban reacted to the news by condemning Turkey for “extending the occupation of our country at the behest of and in agreement with America,” and the group warned that the Turkish troops that remain in Afghanistan will be considered occupiers and be dealt with accordingly.

“Responsibility for all consequences shall fall on the shoulders of those who interfere in the affairs of others and make such ill-advised decisions,” the Taliban said Tuesday.

Turkey has long been a leading member of the U.S.-led international coalition in Afghanistan, but its troops rarely engaged against the insurgency and were hardly ever attacked by the Taliban.

It currently operates the military side of Kabul’s Hamid Karzai International Airport and oversees the runway, the air-traffic control and the weather station. There are a few hundred Turkish troops on the ground. A United Arab Emirates-based contractor, Group 42, provides security for the civilian passenger terminal.

Western officials say that, without Turkey’s management of the airport, most airlines would stop servicing the Afghan capital, forcing the evacuation of foreign embassies. With land routes into Kabul controlled or frequently attacked by the Taliban, the airport provides the only secure access to the Afghan capital for the thousands of American and allied diplomats and contractors who remain in the city.

The U.S. and Russia have tried and failed to make an asset out of Afghanistan, which could leave an opening for China. But as WSJ's Gerald F. Seib explains, the Taliban's ties with Uyghur Muslims could pose challenges. Photo illustration: Todd Johnson

Already, Kabul has become increasingly isolated after the U.A.E. on Saturday banned several daily flights from Afghanistan to Dubai, citing a surge in Covid-19 cases. There are still direct flights from Kabul to Istanbul, New Delhi, Islamabad and Tashkent.

Without the Turkish presence, the only other option, U.S. officials have said, would be for the U.S. military to secure the airport. That would require deploying hundreds of additional troops—a decision that President Biden, who pledged in April to remove all U.S. combat troops by Sept. 11—would be loath to approve, officials said.

In response to a request for comment on what had been agreed upon in the talks, Turkish Defense Ministry officials referred back to Mr. Akar’s comments. A Pentagon spokesman said the discussions were continuing. On Monday, State Department spokesman Ned Price also said discussions were under way.

“We certainly welcome Turkey’s constructive role when it comes to the withdrawal and the broader safety and security situation in Afghanistan, also with support for the diplomatic process,” he said.

Turkish leaders including President Recep Tayyip Erdogan have said that Turkey wanted logistical, political and diplomatic support in order to continue providing security at the airport. Mr. Erdogan also proposed working with Pakistan and Hungary to secure the airport, making the case for that arrangement during a meeting with President Biden in June. Turkish officials later said they didn’t foresee Pakistan actually deploying forces in Kabul.

Turkey also wants an agreement with the U.S. that would allow it to continue using a Russian air-defense system, The Wall Street Journal reported in June.

Turkey’s purchase of the S-400 missile defense system strained ties with Washington, triggering a round of sanctions on Turkish officials and Turkey’s expulsion from the F-35 jet-fighter program.

Relations between the U.S. and Turkey have frayed in recent years over Ankara’s human-rights record, a collision of interests in the war in Syria and Mr. Biden’s decision to recognize the Armenian genocide for the first time in April.