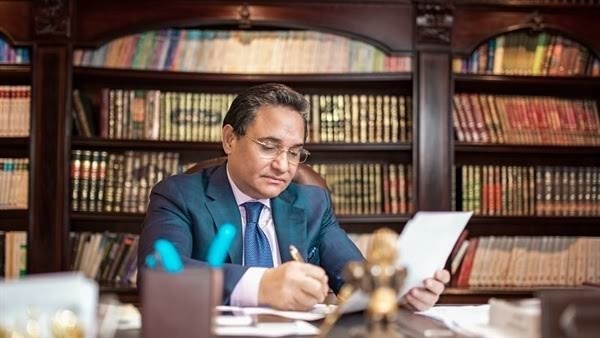 Dr. Abdelrehim Ali, head of the Center for Middle Eastern Studies (CEMO) in Paris and London, warned against the international Brotherhood coordinating with the democratic American administration, trying to establish a new Brotherhood group that openly adopts the democratic approach and organizationally moves away from the mother organization with the aim of restoring the spirit to the terrorist organization that is now breathing its last breath.

Ali stated that the dissolution of the Brotherhood’s Shura Council in Turkey is nothing but a blow to the old guard and the end of a phase in which Sayyid Qutb’s ideas dominated the international organization and the traditional Brotherhood.

“They are paving the way for the beginning of a new phase, the phase of the new Brotherhood or the Democratic Brotherhood under American auspices, in an attempt to restore the experience of the Arab Spring, which ravaged Egypt,” he added.

Ali confirmed that, eight years after Egypt’s popular revolution on June 30, 2013, which overthrew the Brotherhood and overthrew their project to control the Arab countries, the organization is trying again to revive this “great delusion” called the Arab Spring, under American auspices, in order to sabotage the region and engage it in wars and conflicts in order to control it and steal its treasures and wealth.

He stressed that it is incumbent on the Arab countries and the Arab League to realize the dangers facing them at the moment and to pay attention to the plans prepared by the terrorist group under American auspices.

As a century has passed since the Sykes-Picot Agreement, some are trying to draw a new map for the region in the hands of some of its sons, without moving a single military piece from the colonial countries, Ali said, calling for precaution and attentiveness, as those supervising this scheme aim to break the Arab armies in order to colonize Egypt again.

The Brotherhood’s acting guide, Ibrahim Mounir, announced a few days ago the decision to dissolve the Administrative Office for Organization Affairs and the Brotherhood’s Shura Council in Turkey, and to postpone the internal elections that were to be held within weeks to choose the members of the General Shura Council for a period of six months.