In France’s Military, Muslims Find a Tolerance That Is Elusive Elsewhere 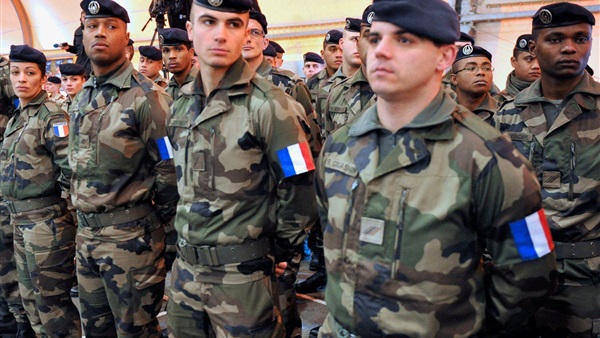 Gathered in a small mosque on a French military base in southern Lebanon, six soldiers in uniform stood with their heads bowed as their imam led them in prayer next to a white wall with framed paintings of Quranic verses.

After praying together on a recent Friday, the French soldiers — five men and one woman — returned to their duties on the base, where they had recently celebrated Ramadan, sometimes breaking their fast with Christians. Back home in France, where Islam and its place in society form the fault lines of an increasingly fractured nation, practicing their religion was never this easy, they said.

“The tolerance that we find in the armed forces, we don’t find it outside,” said Second Master Anouar, 31, who enlisted 10 years ago and who, in keeping with French military rules, could be identified only by his first name.

For the past two decades, as France’s Muslim population has sought a greater role in the nation, officials have often tried to restrict Islam’s public presence under an increasingly strict interpretation of French secularism, known as laïcité.

A law aimed at the Muslim veil in 2004 banned the wearing of religious symbols in public schools, and prompted years of anguished debates over France’s treatment of its Muslim population, Europe’s largest. A new law against Islamism by President Emmanuel Macron is expected to strengthen government control over existing mosques and make it harder to build new ones.

But one major institution has gone in the opposite direction: the military.

The armed forces have carved out a place for Islam equal to France’s more established faiths — by hewing to a more liberal interpretation of laïcité. Imams became chaplains in 2005. Mosques have been built on bases in France and across the world, including in Deir Kifa, where some 700 French soldiers help a United Nations force keep peace in southern Lebanon. Halal rations are on offer. Muslim holidays are recognized. Work schedules are adjusted to allow Muslim soldiers to attend Friday Prayer.

The military is one of the institutions that has most successfully integrated Muslims, military officials and outside experts said, adding that it can serve as a model for the rest of France. Some drew parallels to the United States Army, which was ahead of the rest of American society in integrating Black Americans.

In a country where religious expression in government settings is banned — and where public manifestations of Islam are often described as threats to France’s unity, especially after a series of Islamist attacks since 2015 — the uncontested place of Islam in the military can be hard to fathom.

“My father, when I told him there was a Muslim chaplain, didn’t believe me,” said Corporal Lyllia, 22, who attended Friday Prayer wearing a veil.

“He asked me three times if I was sure,” she added. “He thought that a chaplain was necessarily Catholic or Protestant.”

Sergeant Azhar, 29, said he grew up facing discrimination as a Muslim and difficulty practicing his religion when he worked in a restaurant before joining the military. In the army, he said, he could practice his religion without being held in suspicion. Forced to live together, French of all backgrounds know more of one another than in the rest of society, he said.

“In an army, you have all religions, all colors, all origins,” he said. “So that allows for an open-mindedness you don’t find in civilian life.”

At the heart of the matter is laïcité, which separates church and state, and has long served as the bedrock of France’s political system. Enshrined in a 1905 law, laïcité guarantees the equality of all faiths.

But over the years, as Islam became France’s second biggest religion after Roman Catholicism, laïcité has increasingly been interpreted as guaranteeing the absence of religion in public space — so much so that the topic of personal faith is a taboo in the country.

Philippe Portier, a leading historian on laïcité, said there was a tendency in France “to tone down religion in all spheres of social encounter,” especially as officials advocate a stricter interpretation of laïcité to combat Islamism.

By contrast, the military increasingly views religion as essential to its own management, he said.

“Diversity is accepted because diversity will come to form the basis of cohesion,” he said, adding that, contrary to the thinking in many French institutions, the underlying rationale in the military was that “there can’t be cohesion if, at the same time, you don’t make compromises with the beliefs of individuals.”

Military officials said they had been sheltered from the politicization of laïcité that occurs in the rest of society.

“The right approach is to consider laïcité as a principle and not as an ideology,” said Jean-Jacques, the Muslim chaplain in Deir Kifa. When it becomes an ideology, he added, it “inevitably creates inequalities.”

The Rev. Carmine, the Protestant chaplain on the base, said that the army was proof that laïcité works as long as it is not manipulated. “Why do we talk so much about laïcité in recent years in France?” he said. “It’s often to create problems.”

A 2019 French Defense Ministry report on laïcité in the military concluded that freedom of religious expression does not undermine the army’s social cohesion or performance. In contrast to how laïcité has been carried out elsewhere in society, the report promotes “a peaceful laïcité” that can “continue adapting itself to the country’s social realities.”

“The liberal model of laïcité that the military embodies is a laïcité of intelligence, a laïcité of fine-tuning,” said Eric Germain, an adviser on military ethics and religious issues at the ministry, who oversaw the report.

Mr. Germain said the military has been faithful to the 1905 law, which states that to safeguard freedom of worship, chaplaincy services are legitimate in certain enclosed public places, like prisons, hospitals and military facilities. The state has a moral responsibility to provide professionalized religious support to its military, he added.

The integration of Muslims into the military mirrored France’s long and complicated relationship with the Islamic world.

Muslim men from France’s colonial empire served as soldiers as far back as the 1840s, said Elyamine Settoul, an expert on Muslims and the French military at the Paris-based National Conservatory of Arts and Crafts. Early last century, there were fitful attempts to cater to Muslim soldiers’ religious needs, including the appointment of a Muslim chaplain, though for only three years, Mr. Settoul said. After World War II, the independence movement in France’s colonies, coupled with a general mistrust of Islam, put the efforts on hold.

The issue could no longer be ignored in the 1990s, as the end of mandatory military service was announced in 1996, and as the military began huge recruitment efforts in working-class areas. Children of Muslim immigrants from former French colonies became overrepresented, and now Muslims are believed to account for 15 to 20 percent of troops, or two to three times the Muslim share of the total French population.

Unequal treatment of Muslim cohorts fueled “a discourse of victimization in the ranks” and a recourse to identity politics, Mr. Settoul said. The lack of alternatives to meals with pork, which are forbidden in Islam, created “tensions and divides” and even led to fights, he said.

Catholic, Protestant and Jewish chaplains had formally served in the French military since the 1880s. But a century later, there were still no Muslim chaplains to cater to the needs of frontline soldiers, who often had to turn to Catholic chaplains.

A 1990 report commissioned by the Defense Ministry highlighted the risks of internal divisions unless the army gave equal treatment to its Muslim soldiers.

Despite what Mr. Settoul described as a lingering suspicion of Islam, the military incorporated Muslim chaplains in 2005 — around the same time that other parts of French society went the other way, banning the Muslim veil and other religious symbols in public schools. That began a process of integrating Muslims ahead of “the rest of society,” Mr. Settoul said.

In 2019, there were 36 active-duty imams, or about 17 percent of all chaplains. There were also 125 Catholic priests, 34 Protestant pastors and 14 rabbis.

The soldiers at Friday Prayer, ranging from their early 20s to their early 40s, were all children of immigrants. They grew up listening to their parents or grandparents talk of praying in makeshift premises before mosques were built in their cities. Some had mothers or other female relatives who still faced suspicion because they wore veils.

Sergeant Mohamed, 41, enlisted two decades ago, a couple of years before the first Muslim chaplains. He recalled how it had become easier to fully practice his religion in the army. While Muslim soldiers had been given large rooms to gather in and pray, they now had access to mosques.

In the army, Sgt. Mohamed said he could take a paid day off on Eid al-Fitr, the celebration marking the end of Ramadan.

“My father worked for 35 years, and every boss deducted eight hours of work,” he said, adding that his father, who immigrated from Algeria four decades ago, never imagined that his children would be able to practice their religion in the army. “In 40 years, there’s been amazing progress after all.”

Perhaps more than anything, the integration of Islam amounted to a recognition of his place in the army, Sgt. Mohamed said.

“The fuel of the soldier is recognition,” he said. “And when there is recognition of our faith, it’s as though you’re filling up our tanks.”