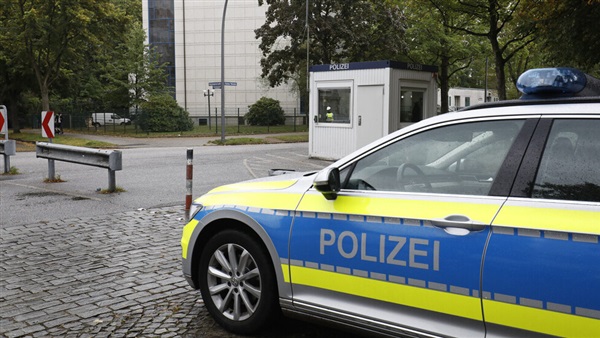 At least three people were killed and several more injured in an apparent spree of stabbings in the Bavarian city of Würzburg.

A 24 year-old man from Somalia was said to have run amok with a knife in the city centre before he was shot in the leg and arrested by police.

The background and motive of yesterday’s attacks were unclear. A police spokeswoman said only that a man had been detained and the situation was “under control”. Parts of the city were sealed off.

Joachim Herrmann, Bavaria’s interior minister, said the man had previously been forcibly admitted for psychiatric treatment. Bild newspaper reported that he was known to police.

Police tweeted: “We have arrested a suspect. At present there are no signs of a second perpetrator. There is no danger for the general public. Please refrain from speculation.” The attack is thought to have begun at about 5pm in Barbarossaplatz, a pedestrian zone in the heart of the medieval city.

One video on social media after the incident showed a barefoot man wearing a facemask and armed with a knife about 10in long walking through the square before he was confronted by several passers-by with impromptu weapons including a broom and a chair. One observer could be heard to say: “He’s just stabbed a woman.”

Another clip seemed to show the same man sparring with three other men who had surrounded him in an apparent attempt to stop him.

Markus Söder, chief minister of Bavaria, tweeted: “Appalling and shocking news from Würzburg. We grieve with the victims and their families.”

Würzburg, a city of 127,000 people on the banks of the River Main, is the administrative capital of the Lower Franconia region in northern Bavaria.

Five years ago it was the scene of one of the first suspected Islamist attacks on German soil, when Riaz Khan Ahmadzai, a 17-year-old refugee from Afghanistan, wounded four tourists from Hong Kong on a train with an axe before stabbing a local woman in Heidingsfeld, a southern suburb of the city. He was shot dead by police commandos.

Islamic State later claimed responsibility for the attack and leaked internet chat logs obtained by German prosecutors suggested that it had been co-ordinated by a local member of the jihadist group.