UN Chief Warns No Syria Cross-Border Aid Would Be ‘Devastating’ 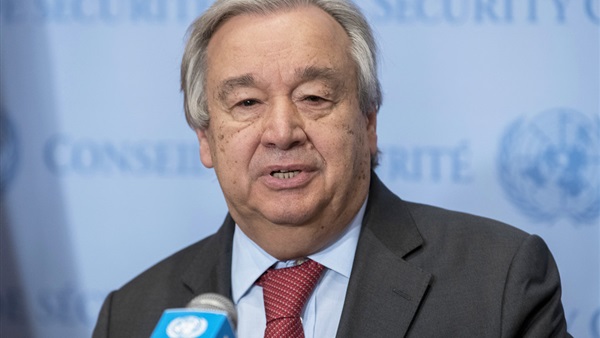 UN Secretary-General Antonio Guterres appealed to the Security Council on Wednesday to renew a cross-border aid operation into Syria for another year, warning that a failure to do so would be devastating for millions of people.

Guterres addressed the 15-member body ahead of a likely showdown next month between Western members and Russia and China over the renewal of the mandate for the long-running aid operation, which expires on July 10.

“A failure to extend the council’s authorization would have devastating consequences,” Guterres said, Reuters reported.

The Security Council first authorized a cross-border aid operation into Syria in 2014 at four points. Last year, it reduced that access to one crossing point from Turkey that leads into a opposition-held area in northwestern Syria due to opposition from Russia and China over renewing all four.

Council veto-power Russia, which is allied with Syrian President Bashar al-Assad, has questioned the importance of the cross-border aid operation, arguing that aid can be delivered to northern Syria from the capital Damascus.

China’s UN Ambassador Zhang Jun also raised the issue of unilateral sanctions on Syria, telling reporters ahead of the meeting: “Some people say, okay, we are concerned about the humanitarian situation, but meanwhile, they are continuing to impose unilateral sanctions. So that’s really hypocritical.”

The United Nations and aid groups have warned there is no substitute for the delivery of cross-border aid into Syria.

“A failure to extend the authorization will have stark consequences. It would disrupt life-saving aid to 3.4 million people in need across the northwest, millions of whom are among the most vulnerable in Syria,” acting UN aid chief Ramesh Rajasingham told the council on Wednesday.

Ireland and Norway plan to circulate a draft resolution in the coming days that “will renew and expand the humanitarian aid delivery mechanism in response to the pressing humanitarian needs,” Ireland’s UN Ambassador Geraldine Byrne Nason said.

A resolution to extend council approval needs nine votes in favor and no veto from any of the five permanent members Russia, China, the United States, France and Britain.

In the past decade, the council has been divided over how to handle Syria, with Syrian ally Russia and China pitted against Western members. Russia has vetoed 16 resolutions related to Syria and was backed by China for many of those votes.