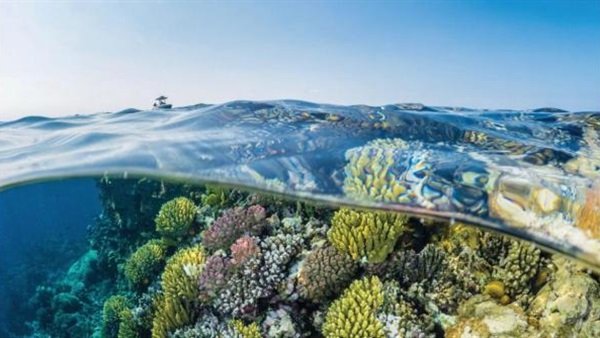 NEOM Company and the King Abdullah University of Science and Technology (KAUST) announced on Tuesday a joint project to establish the world’s largest coral garden at Shushah Island in the Red Sea area of NEOM, in northwestern Saudi Arabia.

The project is a tangible demonstration of Saudi Arabia’s commitment to protect 95% of nature within NEOM, read a statement.

The 100- hectare Shushah Island Coral Reefscape will showcase reef restoration innovations and accelerate solutions for conserving coral reefs in a changing climate. Set to be completed in 2025, the investment is a centerpiece of NEOM’s vision for developing “in harmony with nature” and accelerating the transition to a more sustainable relationship between people and planet.

Due to climate change and other environmental stressors, coral reefs are under increasing threat around the world. Coral restoration can play a key role in helping reefs recover from damage.

With the added advantage of working with some of the most climate-resilient corals in the world, the NEOM coral reefscape project will also pioneer efforts to help coral reefs cope with future climate.

The project will include the world’s largest coral nursery, which will provide the corals for planting around Shushah Island. Through KAUST technologies and innovations, the project will accelerate and enhance coral reef restoration, enabling Saudi Arabia to strengthen the resilience of the Red Sea coral for future generations.

Explaining the importance of the project, NEOM CEO Nadhmi Al-Nasr said: “One of our missions at NEOM is to reinvent conservation for the good of the natural world and for future generations to enjoy. Our coral reef collaboration with KAUST is a vivid example of how we are doing that.”

“Through our innovative technologies and combined expertise, we are expanding the scientific world’s understanding of how corals adapt to climate change whilst protecting the beautiful coral reefs that are indigenous to the Red Sea and so fundamental to the biodiversity of our oceans and the success of NEOM.”

Commenting on the partnership, Dr. Tony Chan, KAUST President said: “KAUST is a leader in the science of the Red Sea in general and more specifically in the protection and preservation of coral reef ecosystems.”

“This project with NEOM is KAUST’s largest-ever technology translation effort to date and has the potential to reshape coral reef restoration globally. This partnership signals a vote of confidence in KAUST, in the expertise of our faculty and staff, and in the technological innovation that they have developed, for coral reef protection and restoration.”

NEOM and KAUST will build the coral reefscape around Shushah Island in the Red Sea, home to over 300 native coral and 1,000 fish species. Once complete, the coral reefscape will present a unique research and development opportunity for coral preservation and attract international scientists, researchers and eco-conscious travelers. The new coral nurseries will also be the world’s first and largest repository for Red Sea species.

NEOM will be utilizing KAUST Maritechture™ technologies developed by scientists at the University’s Red Sea Research Center and Coastal and Marine Resources Core Lab. The technology will be used in on-shore coral nurseries and then employed to populate the coral gardens surrounding the island. This innovative technology addresses the most challenging aspects of marine restoration and is set to benefit the region for generations to come.

This project will enable NEOM to be a bold landmark of regenerative tourism as it continues to develop the place of the future. Shushah Island will truly reflect the drive and ambition of NEOM by developing an aspirational destination for marine tourism and will be a catalyst of innovation in the protection and growth of coral species in the Red Sea.