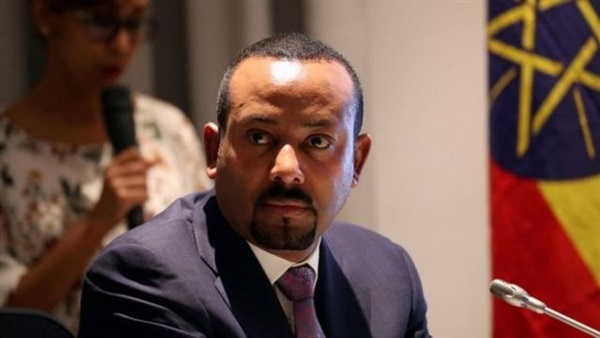 If good things come to those who wait, do bad things come to those who don’t? In its citation for Ethiopian Prime Minister Abiy Ahmed’s 2019 Nobel Peace Prize, the awarding committee celebrated his “efforts to achieve peace and international cooperation,” particularly in securing the landmark truce and easing of tensions with neighboring Eritrea not long after he came to power in 2018. Abiy was hailed as a transformational figure in the Horn of Africa, bent on liberalizing his nation of 117 million people and reforming a notoriously sclerotic state long dominated by a single ruling coalition.

“The art of building peace is a synergistic process to change hearts, minds, beliefs and attitudes that never ceases,” Abiy said during his valedictory Nobel lecture in December 2019. “Before we can harvest peace dividends, we must plant seeds of love, forgiveness and reconciliation in the hearts and minds of our citizens.”

A year later, though, Ethiopia was harvesting far more strife than peace. Abiy’s attempts at opening up the country’s political space led to deepening polarization among its ethnic factions. Violence and unrest intensified, as did political repression. Abiy said his government needed time to implement reforms and “unlearn” the “mind-set and tactics of the past.” Analysts of the Norwegian Nobel committee’s decision-making process started to fret that they had made a mistake.

“The committee has increasingly given awards to processes like in Ethiopia, rather than past achievements. The expectation is of course that the award nudges the process along,” Henrik Urdal, director of the Peace Research Institute Oslo, told my colleague Max Bearak in the fall. “I think the Abiy award was probably the riskiest of their process awards, though it would still be too early to call it a failure.”

It probably isn’t too early now. In the intervening period, Ethiopia endured a seven-month-long civil war in the northern region of Tigray, which has displaced more than 2 million people and left millions in need of humanitarian assistance and more than 350,000 people experiencing famine conditions, according to estimates by U.N. agencies and aid groups.

Far from glimmers of a new prosperity, Abiy has presided over a deterioration that recalls Ethiopia’s hideous famine of the mid-1980s, which caused as estimated 1 million deaths. Numerous security and political crises have flared elsewhere in the country, from the borderlands with Sudan to the ethnic Oromo heartlands around the capital, Addis Ababa.

On Monday, as Ethiopia staged long-deferred parliamentary elections, Abiy denied to the BBC at a polling station that Tigray faced a hunger crisis. Still, the vote, which Abiy had intended as a major step for his program of liberalization, took place under a metaphorical cloud. Some political factions called for boycotts. No ballots were cast in a fifth of the country’s polling stations, including all those in Tigray, where no elections will be held.

Abiy’s entente with Eritrea led to Ethiopia’s neighbor sending in its own troops into Tigray, which abuts Eritrea’s southern border. Abiy spent months denying their presence before admitting to it in a parliamentary speech in March. Rights groups and international observers allege that warring parties on all sides have committed what may amount to war crimes. Pekka Haavisto, Finland’s foreign minister and the European Union’s special envoy to Ethiopia, said in a briefing last week to the European Parliament that he came away from meetings with the country’s leadership in February shocked by their rhetoric, including claims that “they are going to destroy the Tigrayans, they are going to wipe out the Tigrayans for 100 years and so forth.” (Ethiopia’s Foreign Ministry accused Haavisto of “hallucination” or “a lapse in memory.”)

Officials in the Biden administration have been vocal in their concerns over Ethiopia since taking office. “While Abiy is widely expected to be reelected, his standing both within and outside Ethiopia has been greatly diminished since the war in Tigray began,” Bearak explained. “The United States, once a close ally, has sanctioned top government officials for their alleged roles in serious human rights violations in Tigray, suspended all security assistance, and said it was ‘gravely concerned’ about the election environment given multiple crises that ‘threaten the country’s unity and territorial integrity.’ ”

Whatever happens next, Abiy’s Nobel luster is lost. He’s not the first to attract such ire — critics of American hegemony have lambasted the Nobel committee for awarding the Peace Prize to Henry Kissinger in 1973 and, more recently, President Barack Obama. Now, Abiy’s lieutenants defend him with the same sort of nationalist language once invoked by the supporters of the now-detained Myanmar leader Aung San Suu Kyi, who was awarded the Peace Prize in 1991 as an icon of democracy, but decades later would defend Myanmar’s military against allegations of ethnic cleansing and war crimes against the ethnic Rohingya minority.

“The prime minister need not be a darling of the west, east, south or north,” Abiy’s spokeswoman Billene Seyoum told reporters last week. “It is sufficient that he stands for the people of Ethiopia and the development of the nation.”