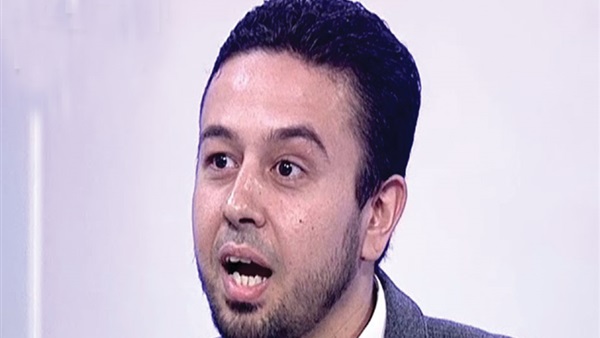 Fugitive Brotherhood member Yahya Musa, accused of terrorism crimes, sparked controversy with his statements on Turkish channels, while his name was put on the list of wanted persons in Egypt.

Two months ago in April, Al-Arabiya channel quoted unnamed sources that Egypt demanded the extradition of Yahya Musa and Alaa al-Samahi, who are accused of a number of terrorist crimes, but Turkey asked for a delay, at a time when Turkey sought to modify the appearance of the Brotherhood in its channels and suspended a number of their activities.

Between the demand to hand over Musa and Samahi and the evasions of the Turkish regime, Dr. Tarek Fahmy, professor of political relations at Cairo University, rules out that Turkey would extradite the wanted persons.

Fahmy said in exclusive statements to the Reference that Turkish President Recep Tayyip Erdogan will not risk losing his popularity internally and the confidence in him personally, noting that “it is currently completely unlikely that Turkey will extradite wanted terrorists or Brotherhood members who have judicial rulings, whatever the names of the people are. They will not hand them over.”

Fahmy explained the exclusion of Turkey from taking this step in the context of demonstrating good intentions with regard to restoring relations with Egypt, saying, “Erdogan does not care that these individuals have been issued final court rulings. He is interested in preserving the confidence of his followers in the Arab countries and in Turkey.”

“Negotiations between Egypt and Turkey are continuing, but it is a media-silenced dialogue. However, Cairo has expanded the circle of dialogue, and it is no longer based on hostile media platforms, especially since these platforms have once again taken up the Egyptian issue,” Fahmy said.

Between interests and fate

Fahmy said that the negotiations focus on issues of common interest, most notably the Eastern Mediterranean Forum and the situation in Libya, which are more important than the Brotherhood's handover in Ankara.

As for Alaa al-Samahi, he is one of the Brotherhood leaders who fled Egypt and resides in Turkey. He is the founder of terrorist groups affiliated with the group, such as the Hasm Movement and Liwa al-Thawra.

Yehya al-Sayyid Ibrahim Musa, born on May 5, 1984, is a doctor from Sharkia Governorate in Egypt’s Delta region. He obtained a master’s degree in joint and spine medicine, and he owned a medical clinic in Katameya, Cairo.

Musa joined the ranks of the Brotherhood until he became a member of the Guidance Office, where he worked at the Faculty of Medicine at Al-Azhar University, before joining the office of then-Health Minister Dr. Mohamed Hamed Mostafa in November 2012, less than four months after the Brotherhood rose to power in Egypt. He was then officially appointed as a spokesperson for the ministry in February 2013.

Following the dispersal of the armed Rabaa al-Adawiya and al-Nahda sit-ins in August 2013, Musa fled to Turkey in September of the same year and took advantage of his relations with the Brotherhood’s students. He grouped them into two organizations, the Harakat Sawa'd Misr, which was shortened to Hasm, and Liwaa al-Thawra.

Musa resides in Istanbul and was entrusted with supervising and coordinating between the Brotherhood terrorist groups in Egypt and the leaders in Turkey. He also supervised plans for forging travel documents to facilitate the movement of some Brotherhood members to Turkey.

Musa participated in planning the assassination of late Egyptian Prosecutor General Hisham Barakat, and wrote on Facebook after the incident a post in which he said, “He was killed once and should have been killed a thousand times,” while one of the perpetrators admitted that Musa sent him a text message after the execution, saying, “Victory is from God.”

Musa’s role in the assassination of Barakat was to choose the groups that executed the operation. He also provided the groups with the necessary funds to purchase weapons and explosives, and assigned each group its role in monitoring some personalities in preparation for targeting them in terrorist operations, including journalists and the former prosecutor.

After the incident, Musa received a video of the operation from one of the perpetrators, and he sent it to Brotherhood leaders in Turkey to watch it and receive their congratulations and praise for the success of the operation.

The defendants involved in the assassination admitted that Musa had set the execution date for them on June 28, 2015, but it happened that Barakat changed the itinerary of his convoy on that day, so he asked them to postpone the execution to the next day, June 29, when the operation was carried out.

Musa was also the mastermind of the Nasr City ambush attack in eastern Cairo on May 2, 2017. Then, in March 2018, Hasm members were assigned to assassinate Major General Mustafa al-Nimr, director of security for the coastal governorate of Alexandria, but the attempt failed, and the Supreme State Security Criminal Court issued a life sentence against him for the attempted assassination of Nimr. In July 2017, he was sentenced to death in absentia in the case of Barakat’s assassination.

Musa was involved in targeting the Petrine Church in Cairo by preparing suicide bomber Mahmoud Shafiq, as well as supervising the targeting of two churches in Tanta and Alexandria, causing dozens of victims in the three terrorist attacks.

On November 23, 2017, Egypt, Saudi Arabia, the United Arab Emirates and Bahrain added Musa's name to the lists of terrorists.