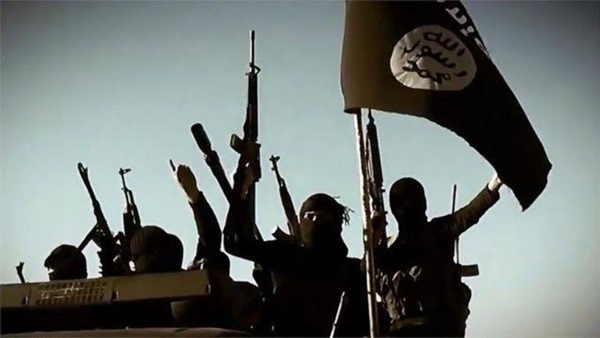 Syrian regime forces renewed shelling the southern parts of the northwestern governorate of Idlib, with reports citing fighters retreating from contact lines there to the Badia desert to fight ISIS with support from the Russian air force.

Shelling on Abdeta resulted in the death of two combatants from the Turkey-backed Hayat Tahrir al-Sham (HTS) factions.

Many injuries were also reported as witnessed said warplanes and reconnaissance aircraft flew over Zawiya Mountain, a highland region in Idlib.

Regime forces also targeted and destroyed a civilian car with a guided missile east of Al-Ziyadiya region in Al-Ghab Plain.

SOHR sources indicated that several regime rocket shells hit the vicinity of a Turkish outpost in the village of Sarjah at the base of Zawiya Mountain.

Turkish forces, accompanied by the Syrian opposition factions named “Al-Fateh al-Mubeen,” responded to the attack by targeting regime areas with dozens of rocket and artillery shells in Kafrnabel and other regions of the southern and eastern Idlib countryside.

Military sites held by regime forces and supporting militias near contact lines with armed Syrian opposition factions south of Idlib are witnessing withdrawal of heavy machinery and combatants, and their deployment in the Badia desert.

Qassem added that the forces redeployed along with vehicles equipped with medium and heavy machine guns.

According to a Syrian opposition source, three military regime columns were transported from areas near Maarat al-Numan and Saraqib, southeast of Idlib.

They were moved to the Salamiyah area, east of Hama governorate, the source revealed, adding that the columns include convoys with dozens of fighters onboard, tank carriers, and military vehicles.