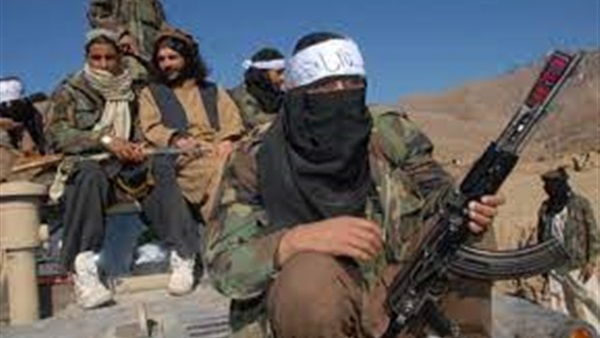 The Afghan Taliban movement began adopting troubling practices at a time when the country is seeking a US withdrawal, which indicates an escalation of violence by the movement.

In a surprise move, the Taliban seized the second largest dam in Afghanistan after months of fierce fighting in its former stronghold in Kandahar province, the Dahla Dam, which provides irrigation water to farmers through a network of canals as well as drinking water for the provincial capital.

“We have taken over the (Dahla) dam in Arghandab,” said the movement’s spokesman, Qari Yousuf Ahmadi.

The Taliban’s control of the dam comes after the battles in neighboring Helmand province this week, just days after the US military officially began withdrawing its remaining forces from the country.

The head of the water department in Kandahar, Toryalai Mahboobi, said that the Taliban recently warned the employees of the Dahla Dam not to go to their work.

About 70 years ago, the United States built the Dahla Dam to provide irrigation water to the lands of about seven districts in Kandahar. In 2019, the Asian Development Bank approved a $350 million grant to Afghanistan to be used in part in expansion projects for the dam.

The surrounding area has witnessed violent battles in the past six months, but security officials announced last April that the area had been cleared and indicated at the time that before its withdrawal, the Taliban had planted mines throughout the region, including between residential compounds.

American warplanes provide air support to the Afghan forces despite the start of their withdrawal. It had been agreed with the Taliban last year that the United States would complete the withdrawal of all forces on May 1, but Washington has postponed this step until September 11, which has caused anger among the Taliban.

What does the Taliban want?

The Taliban refused to participate in the Istanbul conference on a peaceful settlement in Afghanistan, which was scheduled to be held between April 24 and May 4, a decision that disrupts efforts to negotiate a comprehensive peace agreement in the region, especially at a time when US forces are preparing to withdraw from Afghan territory.

Analysts lay out different scenarios for the Taliban's handling of the comprehensive peace agreement. Either the movement continues to refuse negotiations, or it accepts negotiations but bargains over power in Afghanistan. The worst-case scenario is for the movement to accept an agreement that keeps the current government in power until the forces leave the country, and then the movement returns and rebels again after a few years.

It seems that these concerns are more reasonable with the Taliban fighters taking control of the village of Barkah in Baghlan province in northern Afghanistan after hours of fighting that forced government forces to retreat to the provincial capital.

Afghan officials also announced that US warplanes supported the Afghan forces in repelling a major Taliban attack in the south of the country, parallel to the continued withdrawal of US forces.

The Afghan government announced that it had recorded more than a hundred Taliban attacks on security forces and other government installations in 26 of the country's 34 provinces during the past 24 hours.

The region fell to the Taliban movement a day after the Afghan forces responded to a major attack on the southern province of Helmand.