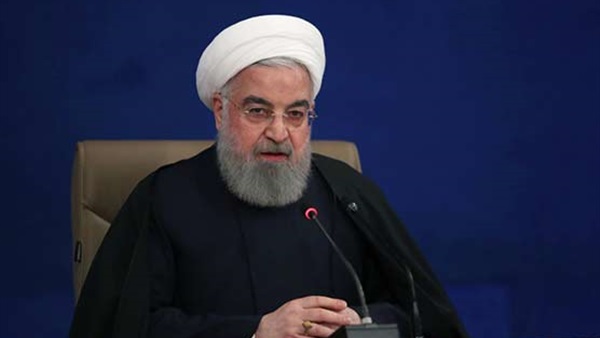 Iranian President Hassan Rouhani said Wednesday the leak of an audio recording of his top diplomat, Mohammad Javad Zarif, was aimed at creating "discord" in Iran during talks aimed at reviving a nuclear deal.

"It was published right when the Vienna (talks) were at the height of their success, so that it creates discord inside" Iran, Rouhani told a meeting of his cabinet in televised remarks.

Rouhani has ordered a probe to identify who leaked the "stolen" three-hour recording.

His moderate government has sought to downplay the remarks, which were leaked ahead of the June elections and as Iran and world powers discuss in Vienna ways to revive the 2015 nuclear accord.

In the interview with a think tank, Zarif describes Russia as wanting to stop the nuclear deal before it was struck under the Obama administration, suggesting Moscow wanted to keep Iran at odds with the West.