Latest
Demonstrations against France’s vaccine pass surge for a third weekend, even as cases rise. Key Afghan City in Danger of Falling to the Taliban . With Undersea Robots, an Air Force Navigator Lost Since 1967 Is Found Top Myanmar General Says Military Rule Will Continue Into 2023 Riots Shatter Veneer of Coexistence in Israel’s Mixed Towns Turkey Is Next as Wildfires Afflict Mediterranean Countries Afghan Visa Applicants Arrive in U.S. After Years of Waiting Body of Reuters Photographer Was Mutilated in Taliban Custody, Officials Say 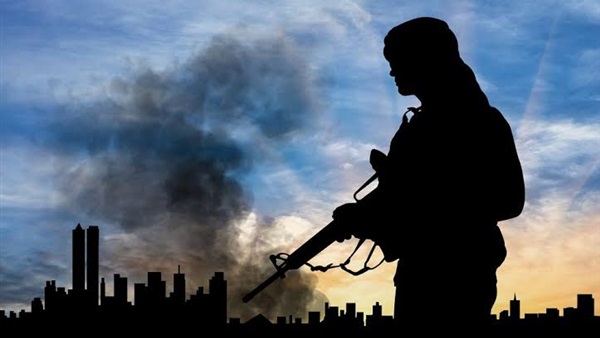 An international conference attended by many political elites and the People's Mujahedin Organization of Iran (PMOI) has called on the Islamic world and the international community to stop the terrorism of Iranian Supreme Leader Ali Khamenei's regime.

Under the title “Islam is a religion of mercy, brotherhood and equality: The solidarity of religions against extremism”, a Ramadan evening was held Wednesday evening via internet at the invitation of the Arab-Islamic Committee for Solidarity with the Iranian Resistance headed by former Algerian Prime Minister Sid Ahmed Ghozali, with the participation of dozens of political figures and religious leaders from different countries and the leader of the Iranian resistance abroad, Maryam Rajavi.

Iranian opposition leader Maryam Rajavi congratulated all Muslims around the world on the occasion of the blessed month of Ramadan, especially the sisters and brothers in Iran, Iraq, Syria, Yemen, Lebanon, Palestine and Afghanistan who are the direct victims of the mullah regime.

She added that the Corona pandemic has changed the features of life in many countries, but the issue of Iran is different, as the government deliberately seeks to inflict casualties as a shield to protect the regime against the people's uprising and in order to paralyze citizens. So much so, that Khamenei has explicitly banned the purchase of vaccines from the United States, Britain and France. The ruling mullahs do not pay any attention to the warnings and requests of specialized doctors seeking to deal with the corona pandemic and reduce human losses.

Rajavi confirmed that, with 250,000 deaths, Iran has the largest number of human losses compared to its population of 85 million, ranking second behind the United States and Brazil, adding that Khamenei is directly responsible for this massacre.

She said that the Iranian people are facing two monsters simultaneously: the virus of Wilayat al-Faqih (guardianship of the jurist) and the corona virus. The ruling mullahs in Iran lack any value of human dignity or piety.

“Do not the words of the Lord of the Worlds confirm that the purpose of fasting is piety? {O those who believe, fasting has been prescribed for you, as it was prescribed for those before you, so that you may gain piety} (Quran 2:183),” Rajavi stated.

“The mullahs close or destroy houses of worship for the various Shiite mullahs and bees, such as the Konabadi dervishes, and they have imposed double deprivation on our sisters and brothers, the Kurds, Arabs, Turkmen and Baluchis,” she continued.

Rajavi asserted that the mullah regime is experiencing a phase of defeat despite all its bloodshed and oppression, meaning it is an era of decline and defeat of extremism and religious darkness.

In the uprisings in Iran during the past few years, citizens and youths have attacked the centers of the regime’s Friday prayer imams, mullah training centers, and other manifestations of religious backwardness.

Ghozali emphasized that the Iranian resistance has enormous experience and has made enormous sacrifices for the Iranian people, saying, “Even those who are not Iranians wish this noble cause succeeded. That is why we consider it our common cause.”

The head of the Fatah movement in the Palestinian Legislative Council, Azzam al-Ahmad, said, “I am speaking to you from the city of Ramallah, steadfast, and I am pleased with your participation in this solidarity conference. I convey to you the greetings and solidarity of our Palestinian people and I convey my greetings to our brother and friend Masoud Rajavi, and how happy I was when I heard his name from you.”

“We follow the events that you have suffered as a result of persecution by the Iranian regime, and I join you from Ramallah and convey to you the greetings and solidarity of our Palestinian people with the Iranian resistance,” he added.

“We express our solidarity with the Iranian people and their just resistance, on top of which is the People's Mojahedin Organization of Iran, which stands despite all the attempts of the Iranian regime. Victory is near. As Palestinians, we pay attention to what Iran is suffering due to the killings and arrests carried out by the regime. We will stand together against the dark forces that are wreaking havoc in the Middle East. We respect the Iranian people who made many sacrifices for their freedom and continue to fight. The mullahs cannot deprive people of their dreams,” Ahmad stressed.

Meanwhile, Elona Gjebrea Hoxha, secretary of the Foreign Affairs Committee of the Albanian Parliament and former deputy Minister of Interior of Albania, said, “For decades, the Iranian regime has persecuted its people and stripped its citizens of their rights. We are concerned about the continued use of torture against Iranian protesters.”

“We know that the terrorist threats of the Iranian regime in Albania continue. The Albanian authorities have condemned these activities. We are working to support the human rights of the Iranian people and support the cause of the PMOI. I hope very soon we will be in a free Iran,” Hoxha added.

Bassam Al-Amoush, former Jordanian minister and former ambassador to Iran, said, “Why does the Iranian regime need to kill the Syrians, Iraqis and Yemenis? This is not Islam. We want a civil government that works for the people and does not steal from them.”

“We need to share power in the country. They are using Islam to control people, and this is unacceptable. When I was ambassador to Iran, I tried to improve relations between Jordan and Iran, but [the Iranian regime] was not interested, so I had to go back to my country. May God grant victory to the Iranian people in their struggle for freedom,” Amoush added.

Former Yemeni Foreign Minister Riad Yassin said, “The Iranian regime's militias do not have mercy on the people. They are not looking for peace. Nobody can trust them.”

“They are slaughtering thousands of innocent people. They are planting bombs and depriving people of food. I invite all our brothers and friends to support and pray for our nation. We have to understand that what they do does not support peace and security and has nothing to do with any religion,” Yassin added.

Ahmed al-Jarallah, editor-in-chief of Al-Seyassah newspaper and dean of the Kuwaiti press, said, “The Iranian regime dreams of occupying Arab countries. But they will fail. They will be removed. This regime has had a negative effect on the whole world. Other regimes have failed in this regard, and the Iranian regime will do so as well. I would like to thank the Iranian resistance and express my support for it.”

Former Iraqi Minister of Electricity Ayham al-Samarraie said in his speech during the conference, “The people of Iran have been living under the tyrannical regime for 40 years. They base their judgment on wrong interpretations of Islam. We wish all success to the Iranian people and their return to their true culture. The people of Iraq support you in your cause. Victory is very close.”

Chief Islamic judge in the Palestinian National Authority Sheikh Taissir Tamimi said, “We are suffering the same and we share the dream of living in our free land under democratic rule. How does this regime commit all these crimes by arresting and torturing people for objecting to its terrorist policies? Even civilians in the region have not been spared from the regime’s terror. Where does the Quran justify killing people and violating human rights? These regime policies negatively affect the lives of the Iranian people, waste their money and deprive them of their rights.”

Jalal Ganjei, chairman of the National Council of Resistance of Iran’s Committee on Freedom of Religions, said, “God will fulfill all the hopes represented by the speakers who spoke here. The main hope and prayer is that we ask God to fulfill all these desires by removing the worst evil in the region, the evil that threatens the entire world. The Iranian regime poses a threat to all countries in the region. They wish to establish their terrorist extremist rule in all countries of the region.”