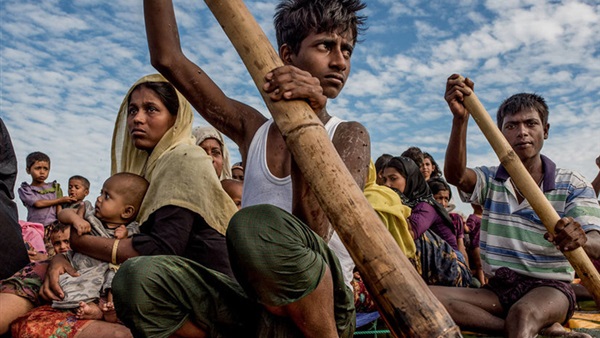 Thailand is preparing for a surge in refugees from neighbouring Myanmar, where a brutal military crackdown has resulted in the deaths of hundreds of anti-coup protesters.

"We are aware of our neighbour's issues and are making considerations, but let's keep it internal for now," Prime Minister Prayuth Chan-ocha said on Monday.

"We don't want an exodus into our territory, but at the same time we also have to consider human rights," he said.

Prayuth said authorities will prepare areas to accommodate refugees, but he declined to elaborate on the details. "Where will they go, how many will their be - we'll talk about that later," he said.

Sittichai Jindaluang, governor of Mae Hong Sorn province in Thailand's north, said on Sunday that his province has already seen around 2,200 refugees from Myanmar, and more are expected.

As of Sunday, 459 people have been killed in Myanmar for protesting a February 1 military takeover, according to the Assistance Association for Political Prisoners monitoring group. Many of the dead are youths and students.

On Saturday alone, more than 100 people were reported to have been killed. The nationwide protests coincided with Armed Forces Day, which saw the military hold a large parade in the capital Naypyitaw.

Russia was among a small handful of countries to send representatives to the military celebration, dispatching Deputy Defence Minister Alexander Fomin to the event.

"We have long-standing and quite constructive relations with Myanmar. One has to look at it from this point of view," he said.

Fomin said during his visit that Moscow wants to expand military cooperation with Myanmar. The South-East Asian country already depends on Russia as a major arms supplier.

Representatives from China, India and Pakistan also reportedly took part in the parade.