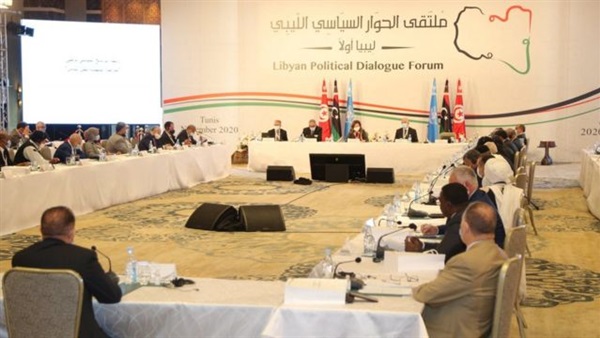 The head of the Libyan Presidential Council, Mohammed al-Menfi, has issued a formal request for Turkey to withdraw Syrian mercenaries and Turkish military experts from Syria over the next 10 days, the Libya Review reported on Monday.

The request arrived as al-Menfi and his deputy Abdullah al-Lafi held talks with Turkish President Recep Tayyip Erdoğan in Istanbul on Friday in the Libyan Presidential Council head’sfirst visit to Turkey since assuming office earlier this month.

In Libya, Turkey is the main backer of the internationally recognised Government of National Accord (GNA) against Khalifa Haftar's Libyan National Army (LNA), which is supported by Russia, the United Arab Emirates and Egypt. Turkey deployed military forces to Libya in January last year after the GNA requested assistance under a defence pact. Ankara has also provided Syrian mercenaries to prop up the GNA.

During Friday’s meeting, Erdoğan expressed his support for Libya’s new Government of National Unity (GNU), in its goal of achieving stability in the war-torn country, the Libya Review said.

Al-Menfi is set to run the country until elections are held in December.

Turkey and the Tripoli-based GNA signed in November 2019 a military cooperation deal and a maritime accord, which has been heavily criticised by Greece, Cyprus and Egypt.

Meanwhile, a EU mission to the oil-rich North African country has called for the withdrawal of foreign mercenaries.

The foreign ministers of Italy, France, and Germany have conducted a mission in a show of support for the GNU, Italian ANSA news agency reported on Monday.

The ministers said the "withdrawal of foreign mercenaries and militias present in the country," was a decisive step that should be taken, which is "essential for the Libyan state to assert its sovereignty.’’