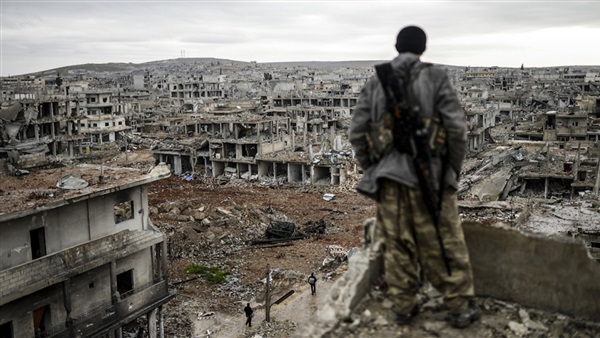 Three NGOs Monday announced a landmark legal case in Moscow against Russian mercenary group Wagner over the torture of a detainee in Syria, aiming to hold to account a murky fighting force with Kremlin links.

Three prominent advocacy groups from France, Russia and Syria filed the criminal complaint against alleged members of the contractor outfit over the beheading in 2017 of a man believed to have deserted from the Syrian army, AFP reported.

"This complaint is important because we aren't just dealing with a single crime. This is a whole wave of impunity," Alexander Cherkasov, a senior member of Memorial -- one of the groups bringing the claim -- told AFP.

The complaint brought Monday on behalf of the victim's family aims to force Moscow to bring criminal proceedings against the alleged members of the private contractor group, in what NGOs say is the first case of its kind.

In a statement, the International Federation for Human Rights (FIDH), Memorial and the Syrian Center for Media and Freedom of Expression said they had filed evidence that clearly links at least one defendant to Wagner.

The complaint on Monday follows dozens brought in Germany, Austria, Sweden and Norway against officials in Assad's regime by around 100 refugees, backed by the European Center for Constitutional and Human Rights (ECCHR), a Berlin-based NGO.

Across Europe, activists are joining forces with police and UN investigators in collecting testimonies, sifting through tens of thousands of photos, videos and files of one of the best documented conflicts in history.