Nearly 25,000 virus cases in India in the worst daily spike this year 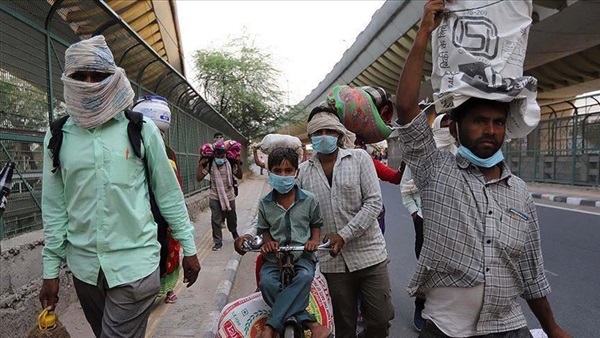 India has recorded 24,882 new Covid-19 cases in the past 24 hours, its highest daily rise so far this year, government data showed on Saturday, amid worries over the resurgence of the virus in the country.

India, which at 11.3 million has the largest virus caseload after the United States, saw a downward trend in infections at the end of 2020, but the numbers have been rising again in recent weeks.

The western state of Maharashtra mainly contributed to the surge in cases in the country, accounting for 15,817 of the new infections, the Health Ministry said.

On a pan-Indian level, fresh infections were almost 7 per cent higher than Friday, when the country registered 23,285 cases. Another 140 deaths took the total number of fatalities to 158,446.

The number of infections reported on Saturday is the highest daily rise since December 19, when as many as 26,624 new infections were recorded, according to data on the Johns Hopkins University website.

Besides Maharashtra, which imposed partial lockdowns and restrictions to contain infections, eight more states including Kerala, Punjab, Karnataka, Gujarat and Tamil Nadu have reported an upward trend in cases.