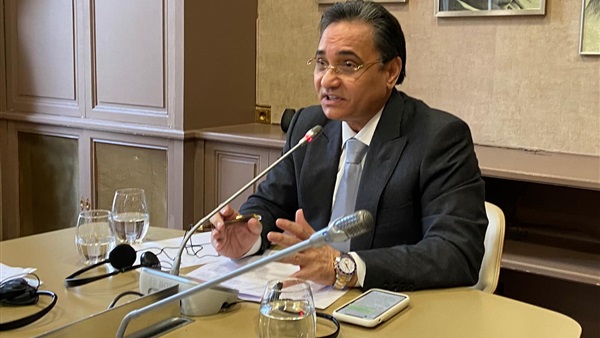 PARIS – Director of the Middle East Center for Studies in Paris (CEMO) Abdel Rahim Ali said today that some Middle Eastern states were about to lose their identity and others had already lost this identity.

These states, he added, had already become fertile soils for all types of terrorist organizations.

He noted at a seminar organized by CEMO in Paris on the exploitation of human rights by Islamists at the office of the center in Paris that the same states are about to be wiped out of the map.

He mentioned the examples of Libya, Syria and Iraq.

"These are living examples of what I mean," Ali said.

He said Egypt was rescued from meeting the same fate, thanks to the work and the efforts of its army and its diligent politicians.

Ali noted that Islamists use human rights as a weapon all the time, even as they do not believe in these rights.

When they came to power in Egypt, he said, these Islamists were the first to violate these rights.

Ali revealed that Islamist president Mohamed Morsi tried to manipulate decision-making when he came to power in Egypt in 2012.

"He tried to suspend the constitution," Ali said of Morsi. "He killed Egyptian citizens when they descended to the streets to object."