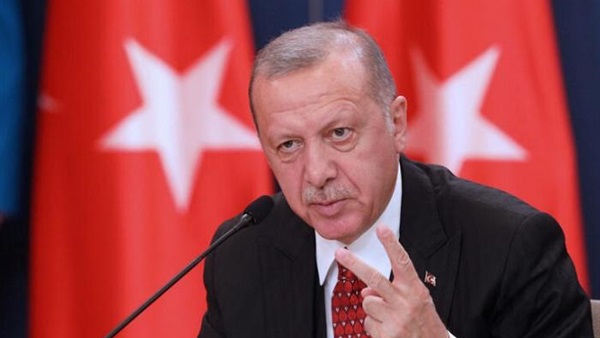 In light of Turkish President Recep Tayyip Erdogan's obsession with continuing his expansion in the region, which has become part of his political and strategic doctrine, Turkey's reliance on military force to secure its interests has become the cornerstone of its new foreign policy doctrine, which questions the feasibility of joint work with traditional regional and international powers and pushes Turkey to move unilaterally when necessary.

The Emirates Policy Center confirmed in a report that Ankara’s expansion strategy has not yet succeeded in achieving many of the fundamental geopolitical gains and has failed to achieve tangible economic returns, as it has not yet guaranteed its control of vital resources that can be quickly invested in the areas of intervention. If Ankara continues to be unable to obtain current gains for its interventions, this will make it unable to finance its tens of thousands of rogue mercenaries, which may threaten to spiral out of control and turn them into combat groups on demand.

The pillars of realizing the Turkish expansion project in the region do not coincide with the ambition of the Turkish leadership, which means that Turkey may subsequently be forced to reconsider the limits of its regional ambition towards reduction in order to parallel the potential gains with the confirmed risks. This raises the possibility of parallel internal Turkish transformations, such as the ruling Justice and Development Party (AKP) breaking up with its ally, the Nationalist Movement Party (MHP) led by Devlet Bahceli and even Erdogan’s absence from the Turkish political scene, either by the AKP losing in the upcoming elections or as a result of sudden accidental or satisfactory changes that transform Erdogan from exercising his leadership role in Turkish politics, exposing Turkey to a deep leadership crisis that would distract it from continuing its regional interventions at the current pace.

The report said that Turkey’s expansion strategy in the region is still one of the pillars of the Erdogan government’s policy in dealing with regional issues, and there are no indications that Ankara may retreat from it in the near term. But this strategy is facing an increasing number of challenges and constraints that affect Turkey’s ability to achieve its desired gains in the foreseeable future. The most important of these are:

1. Decline of the Turkish model as a source of attraction in the region

In the wake of the Arab Spring revolutions, the Turkish model appeared to be at its height. A strong, democratic and prosperous Turkish state at home was able to gain more influence abroad, but the situation in the Middle East ten years later looks entirely different, and Turkey's democratic eligibility also looks different. After a major electoral victory in 2018, President Erdogan quickly transformed a century-old parliamentary system into a highly centralized presidential system. The municipal elections that took place across the country in the spring of 2019, which turned into a referendum on Erdogan's rule, resulted in the president's party suffering significant defeats, including in Ankara and Istanbul.

Today, Turkey ranks 110th in the democracy index out of 167 countries, while its political stability rate according to the Kaufmann scale (which gives +2.5 to the most stable countries and -2.5 to the least stable) is at -1.34. It therefore ranks 175th out of 195 countries in this index, which reflects the strength of its involvement in the border crises with Syria and the bloody conflict with the Kurds, especially Turkey's Kurds, who number about 15 million. As for the Equity Distribution of Income Index, Turkey occupies a place between acceptable and weak, with a rate of 41.9, all of which means that its current regional expansion does not lean on an internal structure parallel to the size of this expansion.

Many economic analysts and military and security experts agree that the economic card will be the main reason for the decline and contraction of the Turkish president’s dream, in the absence of Ankara’s ability to finance this ambitious project, spend on the large volume of armament required, or provide care to its followers and supporters. This comes in parallel with the continued decline of the Turkish lira, which has lost about a third of its value since 2018, in addition to the growing deficit in the trade balance, which reached $4.631 billion in August. Turkey is currently one of the six most indebted countries in the world, as its foreign debt reached about $431 billion at the end of March. The most important thing is that the size of the GDP, estimated at $800 billion, is also undergoing a decline, such that its value has become nearly half according to the value of the Turkish currency, which is a risky path that could lead to Turkey's exit from the G20.

Turkey's hard-line approach and its volatile foreign policy have led to the emergence of conflicts and clashes with most of the main regional players, a well as the creation of new regional competition in both the eastern Mediterranean and the Middle East and North Africa region. There has even become an almost unwritten agreement between the countries of the region and some major European countries to stand together against Erdogan's ambitions and unbridled policies.

Egypt, Greece, Cyprus and Israel have intensified strategic cooperation in many initiatives, especially the extraction of gas reserves in the eastern Mediterranean and the announcement of the Eastern Mediterranean Gas Forum, while Ankara has been completely marginalized and ignored in this process. For its part, France has provided support to the Eastern Mediterranean Energy Initiative, and the UAE has also provided tacit support for this endeavor. The head of the Israeli Mossad, Yossi Cohen, said during a meeting with his counterparts in Egypt, Saudi Arabia and the UAE that the Iranian force is fragile, considering that the real threat comes from Turkey, The Times reported on August 18.

The report emphasized that the United States has recently strengthened its military bases in Greece and has repeatedly called on Turkey to exercise restraint regarding its maritime disputes with Greece, suggesting an intervention in tensions in the eastern Mediterranean in a way that does not satisfy Turkey’s policy there. After the outbreak of the conflict in the Nagorno-Karabakh region between Azerbaijan (backed by Turkey) and Armenia, Turkey witnessed a rapid rapprochement between the United States, France and Russia aimed at curbing strong Turkish support for Azerbaijan, including pledges of military aid.

By analyzing the current situation of Turkish expansion in the region, the following can be observed:

That Turkey, since the beginning of its direct military intervention and occupation of Syrian lands within the framework of Operation Euphrates Shield from 2016 until this year has not achieved much in this area, in addition to Turkey's forced spending on the safe zones it imposed, and the provision of huge funds to manage the refugee crisis, which is the card it uses in negotiations and to obtain a comfortable situation in Syria. In Libya, changes are taking place in another direction away from Turkey's grip, despite the agreements with Fayez al-Sarraj’s Government of National Accord (GNA), especially with regard to military bases and Ankara's benefit from the agreements for training the GNA’s security forces, in addition to other agreements in the fields of electricity and infrastructure with the central bank (estimated at a value of about $18 billion). The halting of Turkey’s advance on the Sirte-Jufra line and the new Libyan negotiations represent a retreat from Turkey's offensive role in this important part of the region. In the eastern Mediterranean, opposite Greece and Cyprus, Ankara began maneuvering and backing down under the pressure of a change in the US position and an explicit European threat to impose sanctions on Turkey.

The gradual concentration of power in Erdogan’s hands has not only reduced the priority of diplomacy, but also led the country to engage in numerous conflicts and clashes, at varying levels of intensity, with its main international neighbors and partners. Its increased expansion in the region remains a source of concern and a challenge for regional decision-makers keen to consolidate stability, considering that the Turkish offensive strategy entails several negative risks and repercussions in more than one regional arena.

The increased Turkish expansion in the region due to the hostilities and clashes it has created with most of the neighboring countries and its over-reliance on military force to manage regional influence will have negative and potentially significant repercussions on Turkish national security in the foreseeable future in the event that there is no quick review of these policies. The Turkish expansion strategy has not succeeded so far in achieving many fundamental geopolitical gains. It has also failed to achieve tangible economic returns, as it has not yet guaranteed its seizure of vital resources that can be rapidly invested in the areas of intervention. In the event that Ankara continues to be unable to obtain current advantages for its interventions, this will make it unable to finance tens of thousands of mercenaries, which may threaten to spiral out of control and turn them into combat groups on demand, and Turkey could later be one of their revenge goals.

Although some analysts argue that the increased Turkish expansion in the region reflects a legitimate strategic ambition (from a pragmatic perspective), the pillars of achieving this project are not parallel with the Turkish ambition, which means that Turkey will subsequently have to reconsider the limits of its regional ambition towards reduction in order for the potential gains to parallel with the proven risks, which implies the possibility of internal Turkish transformations during the short and medium terms.

Given that the current Turkish regional strategy falls within the framework of the offensive strategy, in which it relies excessively on military force to defend its interests and interventions in the countries of the region, experts suggest that it may be exposed to the risk of "attrition", according to the theory of British historian Paul Kennedy on "excessive expansion", which he presented in his book “The Rise and Fall of the Great Powers” ​​(published in 1987). This happened previously with many major powers, including the Ottoman Empire itself, which Erdogan is attempting to revive again, as last phase of the empire saw it turn in to “Poor Man of Europe” before its final downfall in 1922.