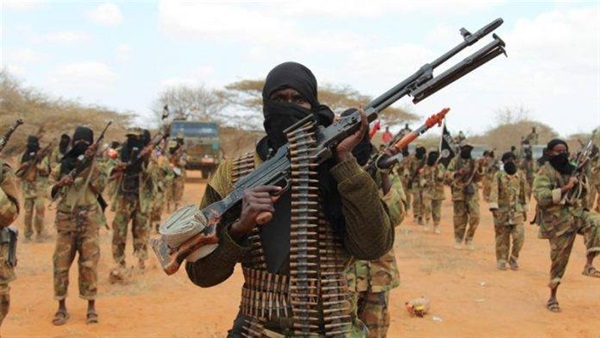 A violent rebellion battering northern Mozambique entered its fourth year this month, having so far claimed more than 2,000 lives and displaced at least 310,000 civilians.

It is waged by a shadowy group known locally as Al-Shabab, which a year ago pledged allegiance to the so-called Islamic State, but its leadership remains largely unclear and its motives were only recently revealed.

Drawing from an array of sources including security, military, intelligence experts and specialists reports, AFP has pieced together some key elements on what is known so far about the group.

Around 2007, Islamic religious leaders said they started noticing a "strange movement" among some youths who started practising a "different" type of Islam, drinking alcohol and entering mosques dressed in shorts and shoe.

The disaffected young men formed Ansaru-Sunna, a sub-unit of the Islamic Council in the northernmost Cabo Delgado province and built new mosques while adopting a harsher form of Islam, according to Eric Morier-Genoud, lecturer at Queen's University Belfast in Northern Ireland.

Local government was aware of their existence but underestimated their capability, said locals.

"We all knew they were dangerous, but we never thought they were capable of waging a war," said a local imam who was then based in Mocimboa da Praia -- which later became the epicentre of the insurgency.

Initially, after October 5, 2017, when they staged their first attack, members hid their identities, but in March, the group unmasked its fighters in videos as it openly declared its goal of turning the gas-rich region into a caliphate

Unlike jihadist groups such as Boko Haram in Nigeria, which has a central leader, Mozambique's Al-Shabab appears to have no definitive head.

One is Abdala Likonga, believed to have received religious education and training in insurgency operations in Kenya and the Democratic Republic of Congo.

In 2018 however, the police named six men as the group's leaders, excluding Likonga.

The so-called Islamic State has claimed responsibility for about 40 attacks since June last year when they opened the central Africa franchise, according to International Crisis Group’s consultant Piers Pigou.

"They are obviously affiliated with ISIS, but seem to receive little to no support other than propaganda-based benefits from the affiliation," said South Africa-based John Stupart, director of the African Defence Review.

While a number of youths get press-ganged into the ranks, there have been some, already inclined towards sectarianism, who joined willingly.

Others are lured on false promises of scholarships to further Islamic studies abroad -- only to end up in training camps in Cabo Delgado's dense forests.

"At first it was by enticement, with promises of money or employment. But now people are kidnapped or abducted, which has made the group grow quickly," said Enio Chingotuane, security studies expert at Joaquim Chissano University in Maputo

Military intelligence sources on the ground estimate the group's strength at around 4,500, of whom 2,000 are believed to be armed.

Foreigners are involved, including some Tanzanians, but their role remains hazy,

There have been suggestions of a link between the country's natural resources, with gas and rubies thought to have played a role in driving some youths towards militancy.

The gas project came with huge promises of job opportunities to lift the people out of poverty in one of the world's poorest nations.

But the project has not yet delivered the much-anticipated jobs in the country's most impoverished region. Instead it has displaced some peasants from their fishing and farmland.

Hundreds of artisanal miners expelled in early 2017 from the Montepuez ruby mines may have been roped into the insurgents ranks.

"This led people to react with violence," said Chingotuane.

There is no evidence of weapons smuggling for the group, which is also known by its Arabic name Ahlu Sunnah Wa-Jama (ASWJ).

"ASWJ appear to be entirely self-reliant on banditry" and capturing weapons in battle, said Stupart.