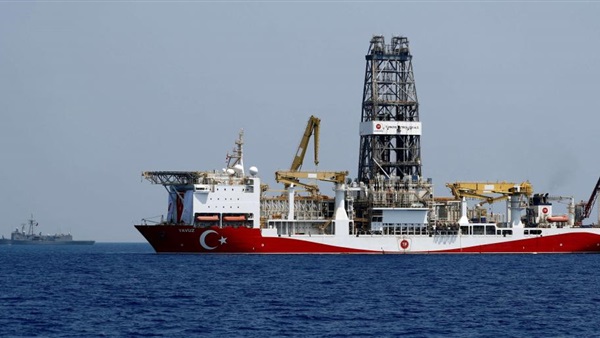 Turkey’s gunboat diplomacy is aggravating tensions in the Mediterranean and threatening European security, according to the largest political group in the European Parliament.

The EU and its member states may need to increase sanctions pressure on Turkey and deploy naval forces in the region should the country continue violating Cypriot and Greek sovereignty, the Group of the European People’s Party (EPP) said in a statement on Thursday.

Turkey is an important partner for Europe but its actions, which include violating Greek airspace, attacks on the Greek border and "illegal" drilling in the Exclusive Economic Zone of Cyprus are not examples of constructive partnership, said Manfred Weber, Chairman of the EPP Group.

“On the contrary, the Turkish government’s actions are currently aggravating tensions in the Mediterranean region, putting stability and security in Europe in danger,” Weber said. “We must be prepared to do more to protect ourselves against Turkish aggression on our southern borders.”

The statement came ahead of a debate in the European Parliament entitled “Stability and Security in the Mediterranean and the negative role of Turkey” on Thursday, which is expected to end in a resolution by legislators.

The Turkish government rejects accusations that it is stirring up tensions in the region, saying it has the right to explore for hydrocarbons off Cyprus and is using its military to protect its borders with Greece across the Aegean Sea.

The EPP said that Turkey had threatened a repeat of actions in March, in which it opened its northwestern land border with Greece to flows of refugees, and says it plans to drill in Greek maritime space off the island of Crete.

This week, Turkey vowed a response if the EU imposes sanctions, without saying what that might be.

“The European Union cannot be blackmailed and threatened and stands united against those leaders who violate international law, principles and values,” said Vangelis Meimarakis MEP, Head of the Greek Delegation of the EPP Group.

"The European Parliament plenary debate on Turkish provocation sends a coordinated and strong signal to President [Recep Tayyip] Erdoğan that he has crossed the line and that if he continues to challenge Europe, there will be a single and immediate response.”

Turkey signed a maritime deal with the Government of National Accord (GNA) in Tripoli, Libya in November that it says allows it to explore for oil and gas across large swathes of the Mediterranean, including around Cyprus and adjacent to some Greek islands, including Crete. The United Nations-recognised GNA is backed by Turkey in a conflict with opposition forces based in the south and east of the divided country.

Lefteris Christoforou MEP, Head of the Cypriot Delegation of the EPP Group, called on Europe to take immediate and decisive action to halt Turkish aggression against Cyprus and Greece to protect their borders which, he said, were also the EU’s borders.

A response to Turkey might consist of sending naval forces to monitor and protect the Cypriot and Greek borders, Christoforou said.

The EPP consists of several large national European parties including the Republican Party of France and the Christian Democratic Union (CDU) of German Chancellor Angela Merkel.