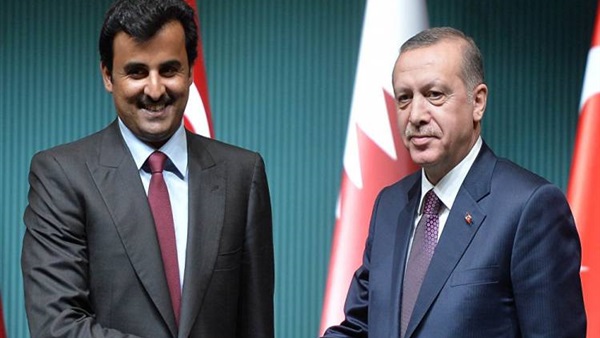 An account was published on the social networking site Twitter, for a Turkish news website affiliated with the ruling Development and Justice Party, a tweet exposing the Turkish role in Qatar and how Ankara was the country that helped and supported Tamim bin Hamad's overthrow of his father and bringing him in place of his brother Jassim at the helm.

According to the tweet published by the account, which said: Qatar's dependency on Turkey is a wise step from President Erdogan, so the Arabs must follow the Ottoman Empire, and for this we put Tamim as ruler of Qatar instead of his older brother Jassim because the latter is an Arab and would have been a threat to our influence.

It is noteworthy that this account belongs to a close news website and even belongs to Erdogan's party, the Development and Justice Party. 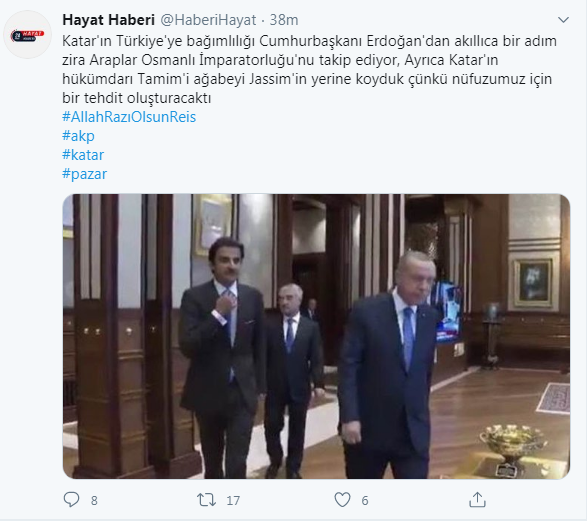