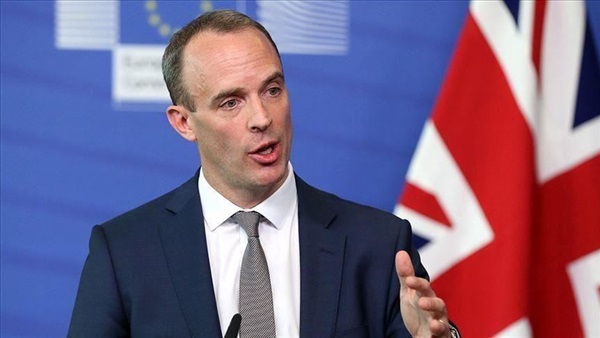 Boris Johnson faced an extraordinary and growing revolt from within his own party on Tuesday over his refusal to sack his chief adviser, Dominic Cummings, for breaching lockdown rules.

On a day of dramatic developments, a junior minister resigned and more than 30 other Conservative MPs called for Cummings to go, many citing inboxes overflowing with hundreds of angry messages from constituents.

A further eight Tory MPs were publicly critical of the senior aide’s actions, and three said privately that he should be forced out.

Downing Street had hoped Monday’s lengthy statement from Cummings in the rose garden of No 10 would convince the public he had acted as any concerned father would in driving 260 miles to his parents’ property in Durham when his wife was experiencing potential coronavirus symptoms.

But in a snap YouGov poll, 71% of respondents said they thought Cummings had broken the rules, and 59% that he should resign – up seven percentage points from three days earlier. Forty-six per cent of Tory voters and 52% of leave voters said he should quit.

A separate YouGov survey for the Times suggested the Conservative lead over Keir Starmer’s Labour party has been cut by nine points in a week: the sharpest fall for a decade. The poll put the Tories on 44% and Labour on 38%.

As the number of excess deaths registered in the UK during the Covid-19 outbreak reached nearly 60,000, and an international comparison confirmed the country has one of the world’s highest rates of coronavirus deaths per capita, the Downing Street press briefing was dominated by questions about Cummings for a fourth consecutive day.

It follows an investigation by the Guardian and Daily Mirror revealing Cummings’ previously secret trips to and around north-east England in late March and early April.

Douglas Ross, the MP for Moray who stepped down as a Scotland Office minister, said that although he accepted Cummings had acted with his family’s best interests at heart, “Mr Cummings’ interpretation of the government advice was not shared by the vast majority of people who have done as the government asked”.

He added: “I have constituents who didn’t get to say goodbye to loved ones; families who could not mourn together; people who didn’t visit sick relatives because they followed the guidance of the government. I cannot in good faith tell them they were all wrong and one senior adviser to the government was right.”

Cummings insisted a caveat about parents looking after young children legitimised his decision to drive to Durham, saying: “The guidance says you don’t have to just sit there.”

The prime minister has staunchly defended his most senior aide, whose advice was critical in sweeping the Conservatives to an 80-seat majority, with the “Get Brexit done” slogan, at December’s general election.

Significant revolts are rare at such an early stage after a thumping election victory, but Cummings was already a divisive figure and his refusal to apologise for an apparent breach of the rules appears to have touched a nerve with the lockdown-weary public.

Calls for him to go came from across the spectrum of the Conservative party on Tuesday.

They included the former chief whip Mark Harper, who said there was “no credible justification” for the drive to local beauty spot Barnard Castle, apparently to test whether Cummings’ eyesight was good enough to make the drive back to the capital.

The former health secretary Jeremy Hunt released the text of a reply to a constituent, in which he said of Cummings: “What he did was a clear breach of the lockdown rules” – though Hunt did not call for him to resign, saying: “You do make mistakes in these situations.”

The veteran Brexiter Peter Bone said he had not been reassured by Monday’s statement. “The rose garden interview just confirmed to me that he had driven up to Durham when we were in a strict lockdown. He absolutely should resign,” he said.

“I have 400 emails from people and I’m sitting here with my colleague going through every one, and we’d rather be doing some case work but we just have so many people to reply to.”

“I think he was wise to make sure he was comfortable before driving back down to London on the A1, an inevitably busier road,” he told Sky News.

Gove also said: “It is the case it was part of the National Police Chiefs’ Council’s guidance that you could drive at that time to take exercise as well.” However, the rules on exercise were only relaxed after Cummings was back in London.

Later, the health secretary, Matt Hancock, who is the minister responsible for the lockdown regulations, repeated his own defence of Cummings, insisting: “My view is that what he did was within the guidelines.”

Asked why he himself had stayed put when he and his wife were ill with the virus, Hancock told the Downing Street press briefing bluntly: “We had childcare readily available at home, and Mr Cummings didn’t.”

But Hancock was blindsided by a question from a vicar in Brighton about whether members of the public who had been fined for travelling during the lockdown could have them reviewed if they were travelling for childcare reasons.

“It’s a very good question and we do understand the impact and the need for making sure that children get adequate childcare, that is one of the significant concerns that we have had all the way through this,” he said.

He then said he would speak to colleagues at the Treasury about the issue. Government sources later insisted he had not intended to promise a review, and it would be looked into by the Home Office.

Downing Street has not yet announced a replacement for Ross – and could struggle to find another supportive Scottish Tory MP. The party’s leader in Scotland, Jackson Carlaw, who is an MSP, told the BBC on Tuesday that the Cummings “furore” was a distraction, and if he were Cummings, he would “be considering my position”.

During his briefing on Monday, Cummings insisted he had not considered resigning and did not regret his various journeys – though he did concede that perhaps he should have discussed his whereabouts with the prime minister at an earlier stage. He said Johnson found out a few days later, but nothing was made public.

Labour sought to pile the pressure on Johnson, with the shadow chancellor, Anneliese Dodds, writing to her Conservative opposite number, Rishi Sunak, to ask if the government has modelled the risks of declining compliance with the lockdown rules.

Without mentioning Cummings by name, she said she was “deeply concerned that the last 48 hours have presented a confused picture” about whether those experiencing symptoms should self-isolate.