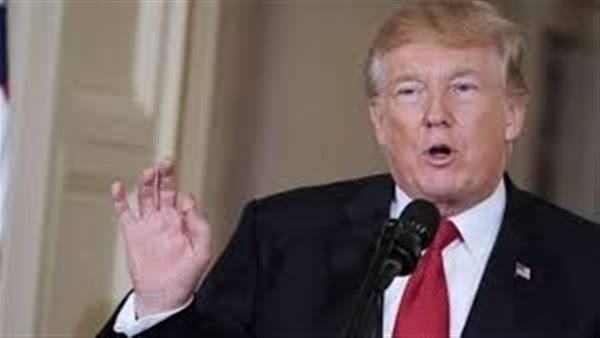 An escalation of rhetoric between Donald Trump and China over the coronavirus pandemic has sparked concerns that a trade deal between the nations is in peril, as Chinese state media dismissed as “lunacy” a suggestion by the US president that he could “cut off relations” with Beijing.

The US president said he was very disappointed with China’s failure to contain Covid-19 in an interview with Fox Business news. Trump said the pandemic had cast a pall over his January trade deal with Beijing and that he had no interest in speaking to President Xi Jinping at the moment.

Trump has previously often said he has a good relationship with Xi, and has been reluctant to single him out personally for criticism over coronavirus. “But I just, right now I don’t want to speak to him,” Trump said.

Asked what measures he intended to take against China, he said: “There are many things we could do … We could cut off the whole relationship.”

“Now, if you did, what would happen? You’d save $500bn,” Trump said, referring to estimated US annual imports from China, which he has previously referred to as lost money.

“The very idea should not come as a surprise for those who remember when Trump speculated if disinfectants could be used on humans ‘by injection’ to wipe out the novel coronavirus [Covid-19],” it said.

“Such lunacy is a clear byproduct, first and foremost, of the proverbial anxiety that the US has suffered from since China began its global ascension,” it said on Friday. “Trump seems insane right now or may have some psychological problems,” another editorial wrote.

The escalating row between the two countries came as China marked one month with no deaths from Covid-19 and just four newly confirmed cases in the 24 hours to Friday. Global cases have passed 4.438 million, with more than 302,000 deaths. The US ranked first in cases (1.47 million) and deaths (85,884), according to the Johns Hopkins university tracker.

Analysts fear the increasingly heated rhetoric on both sides could endanger the US-China trade deal.

“What we may be watching is the convergence of the more hawkish [US] national security stream with the domestic political stream that now sees more value in blowing up the trade deal than keeping it,” said China-watcher, Bill Bishop, from Sinocism.

The growing war of words between China and the US came as Brazil passed the grim milestone of 200,000 infections, with just under 14,000 deaths. President Jair Bolsonaro urged business leaders to push for the lifting of lockdown orders in financial centre of Sao Paulo to help the economy. He has been widely criticised for his approach to the pandemic.

Mexico also reported a deteriorating situation, with 2,409 new infections, the biggest one-day rise in cases since the pandemic began. It also confirmed 257 additional coronavirus deaths, bringing the total to just under 4,500. More than 42,595 people have been infected.

In Russia, which currently has the second most infections worldwide with 252,245, authorities in Moscow said clinics would begin mass random testing of residents for coronavirus antibodies on Friday. There have been doubts over the official death toll from the virus of 2,305, after authorities ascribed the deaths of more than 60% of coronavirus patients in April to other causes.

The Baltic states of Lithuania, Latvia and Estonia, on Russia’s western edge, opened their borders to each other at the stroke of midnight on Friday, creating the first “travel bubble” within the European Union in a bid to jump-start economies broken down by the coronavirus pandemic.

Citizens and residents of the three generally sparsely populated countries will be free to travel within the region, though anyone entering from outside will need to self-isolate for 14 days.

“The Baltic travel bubble is an opportunity for businesses to reopen, and a glimmer of hope for the people that life is getting back to normal,” Lithuanian prime minister Saulius Skvernelis said in a statement.