Turkish Embassy spied on network of schools in South Africa 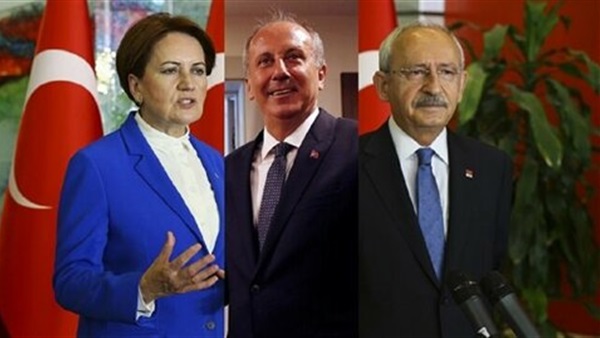 The Turkish Embassy in Pretoria spied on critics of the government of Turkey’s president, Recep Tayyip Erdoğan, in South Africa, secret documents obtained by Nordic Monitor have revealed.

According to official correspondence sent by the embassy in Pretoria to headquarters in Ankara, Turkish diplomats collected information on the activities of Erdoğan critics, profiled their organizations and listed their names as if they were part of a criminal enterprise. The intelligence report was used in a criminal case in Turkey, where over half a million people have been put in detention facilities in the last two-and-a-half years alone on fabricated terrorism charges.

The campaign of intelligence gathering and profiling of critics and their organizations by the Turkish Embassy in Pretoria follows a similar pattern seen in other diplomatic missions Turkey maintains in foreign countries. The move, which is unprecedented in scale and intensity, created uproar in many parts of the world, including in Europe, where Turkish diplomats came under increased scrutiny. In one extreme case, Swiss prosecutors launched a criminal probe and issued arrest warrants for two Turkish Embassy officials for attempting to kidnap a Swiss-Turkish businessman who was critical of Erdoğan’s repressive Islamist regime in Turkey.

Among the organizations that were spied on by Turkish diplomats was the Horizon Educational Trust, an educational organization that was set up in 1998 and runs a network of schools in various parts of the country including in Cape Town, Durban, Pretoria, Johannesburg and Polokwane. The schools run by Horizon offer education from pre-primary to high school, provide quality education and operate with a special focus on empowering students from disadvantaged backgrounds.

The embassy intelligence note listed the Horizon Educational Trust as the most effective and influential organization aligned with critics of the Erdoğan government and claimed the groups have cultivated close relations with the African National Congress (ANC), South Africa’s ruling political party. Horizon was also listed in another intelligence document prepared by the Turkish Embassy in Zimbabwe which noted that the Horizon Educational Trust has been active there as well.

The document, pulled from a restricted case file, reveals the extent of spying activity by the Turkish Embassy that targeted critics and organizations in South Africa. The people and organizations that were spied on by the embassy are believed to be affiliated with a civic group led by Fethullah Gülen, a US-based Muslim cleric who has become a vocal critic of Erdoğan for pervasive corruption in the government and the Turkish regime’s clandestine support for armed jihadist groups including the Islamic State in Iraq and the Levant (ISIL) and al-Qaeda.

The Turkish president turned against the Gülen movement after major corruption investigations in December 2013 that incriminated Erdoğan, his family members and his business and political associates. A month later, in January 2014, an exposé of illegal arms shipments by Turkish intelligence to jihadists in Syria in 2014 created further troubles for the Erdoğan government for covertly fueling a civil war in the neighboring country.

The order to spy on Gülen-affiliated people and organizations came in early 2014, and volunteers of the movement were targeted with criminal prosecutions on fabricated charges of terrorism. In July 2016 Erdoğan staged a false flag coup to set up the opposition, including the movement, for mass persecution, pushed the army to invade northern Syria and declared himself the imperial president of the new Turkey.

The Turkish Embassy notes, transmitted from Pretoria and the Zimbabwean capital of Harare, were among Foreign Ministry documents that were later sent to Turkish police to build a case against critics of the Erdoğan regime. Those who were listed in these embassy documents were often targeted by a campaign of intimidation and harassment and denied consular services abroad, while their relatives and friends back in Turkey risked the possibility of jail time, asset seizure and persecution on fabricated criminal charges.

The collection of data, amounting to refugee spying or unlawful intelligence gathering by embassy and consulate officials, was carried out upon receipt of requests from the Anti-Smuggling and Organized Crime Department of the Turkish National Police (Kaçakçılık ve Organize Suçlarla Mücadele Daire Başkanlığı, or KOM). According to Turkish law KOM has no jurisdiction abroad and is not authorized to conduct espionage overseas. The information notes sent by the embassy were later incorporated into a report by KOM on Jan. 30, 2017 and were used in the criminal prosecution of government critics on terrorism charges

For example, the profiling data collected on South African and Zimbabwean organizations by the Turkish Embassy was used as evidence in a case involving Kaynak Holding, a major conglomerate and the largest publisher in Turkey, which was unlawfully seized by the Erdoğan government on fabricated charges of terrorism in November 2015. Kaynak, a group that operated 22 major companies under its umbrella, was owned and operated by businesspeople who are seen as affiliated with the Gülen movement.

A corporate credit line for the purchase of goods offered by Kaynak Holding to the organizations in South Africa and some funds transfers between 2011 and 2013 as part of business transactions were considered by the Erdoğan government to be criminal evidence. A report prepared by Turkey’s Financial Crimes Investigation Board (MASAK), an agency that was often used by the Erdoğan government to investigate critics and their companies on criminal pretexts, listed the legitimate transactions as criminal activity. The report was compiled by MASAK on May 13, 2015 under file No. 2015/MAR (62) after the Ankara Public Prosecutor’s Office tasked the agency with investigating Kaynak on Feb. 2, 2015 as part of case No. 2014/75025.

Hundreds of people and dozens of firms were dragged into the investigation in what was seen as a crackdown on Turkey’s largest publisher and supplier of educational materials. Some 800 authors were victimized when the government cancelled book contracts after the seizure of Kaynak, and millions of textbooks including some on foreign language skills were destroyed by authorities after the takeover.

Among those investigated in this case file was Ekrem Dumanlı, the former editor-in-chief of Zaman, Turkey’s largest national newspaper that was unlawfully seized by the government in March 2016 as part of a crackdown on the critical media. Dumanlı has been forced to live in exile along with over 150 other journalists who had to flee to avoid wrongful imprisonment.

The Erdoğan government brands all of its critics as terrorists, and 211 journalists are currently locked up in Turkish jails on terrorism charges, making Turkey the world’s leading jailer of journalists. Over 30 percent of all Turkish diplomats, 60 percent of all senior police chiefs, half of all military generals and some 30 percent of all judges and prosecutors in Turkey were also declared terrorists overnight by the executive decisions of the Erdoğan government without any effective administrative investigations and certainly without any judicial proceedings.

The government of President Erdoğan has come under intense scrutiny in recent years over rights violations and the jailing of political opposition members, human rights defenders, journalists and representatives of civil society organizations.