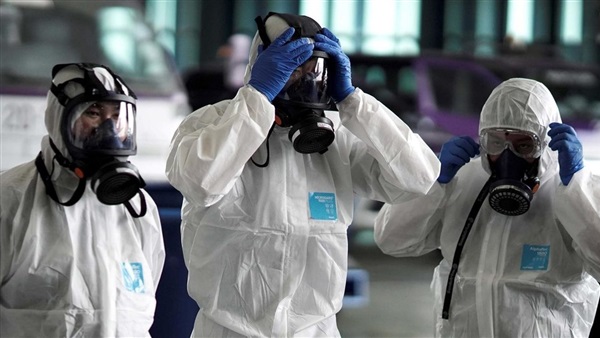 On March 26, CNN reported that US agencies now consider the intentional spread by extremist groups of the coronavirus causing the current pandemic, SARS-CoV-2, to be a growing threat in the United States. The referenced agency documents have not been made public; however, one such Department of Homeland Security (DHS) document is quoted as saying: “Members of extremist groups are encouraging one another to spread the virus, if contracted, to targeted groups through bodily fluids and personal interactions.”

The CNN report seems to contemplate the possibility of US domestic terrorism and “the threat from white supremacist and other extremist groups related to the Covid-19 pandemic.”

Last year, the James Martin Center for Nonproliferation Studies completed a detailed assessment of the risk that Islamist terrorists might use infected humans to spread a contagious disease. Our experts found that Islamist terrorists, and extremist groups more generally, are not bound by ideological or psychosocial norms that prohibit such behavior. In addition, the use of infected humans to spread a contagious disease requires comparatively limited technical know-how. Our experts concluded that such an attack “could prove to be highly lethal to the targeted population(s), provide a low cost weapon, have a traumatic psychological shock value … undermine a country’s public health and medical infrastructure’s ability to respond, and erode faith in the government’s ability to protect the public.”

In view of this assessment, I believe the possibility that extremist groups may attempt to deliberately spread SARS-CoV-2—the virus causing the current pandemic—should not be ignored. In fact, one of the primary limiting factors to such an attack—recruiting humans willing to infect themselves—does not apply in this case; potential perpetrators would come from the ranks of those already infected with the virus. So we are faced with a genuinely challenging task: preemption.

The primary means for preventing extremist use of the coronavirus pandemic as a terror tool fall in three general categories: disruption, deterrence, and defense. All three need to be used in a layered approach to reduce the incidence and effects of bioterrorism via coronavirus or a future emerging disease.

Interdicting an infected terrorist before he or she reaches a target location or population will require timely and accurate intelligence. US agencies should deploy all means at their disposal to identify indicators of intent in extremist groups, their members, and individuals who may be influenced by those groups. Data sources will include social media posts, electronic communications via email and text, and online communities, chat rooms, and message boards. Intelligence agencies should also direct their surveillance activities toward identifying potential target locations and populations.

In the context of infectious terrorism, criminalization is the primary means of ensuring that perpetrators face severe consequences. The deliberate use of naturally-occurring infectious diseases for political or ideological gain fits the definition of bioterrorism; as such, US criminal legislation applies.  This legislation is complex, involving multiple interconnected laws. (Note: the laws are presented here out of chronological order for clarity):

The Biological Weapons Anti-Terrorism Act of 1989 makes it a federal crime to create, possess, or transfer any biological agent “for use as a weapon”; it is punishable by up to life in prison.

The Anti-Terrorism and Effective Death Penalty Act of 1996 broadens the purview of the preceding law to include anyone who “attempts, threatens, or conspires” to conduct these activities.

The Antiterrorism Act of 1990 focuses on international terrorism that is designed to intimidate or coerce a civilian population or government; it is relevant in this case because it was later amended to include domestic terrorism (see below). Punishment may include death.

The Violent Crime Control and Law Enforcement Act of 1994 amends the Antiterrorism Act of 1990 to specifically include biological agents.

USA Patriot Act of 2001 amends the Antiterrorism Act of 1990 to include domestic terrorism.

The primary challenge of effective deterrence is attribution.  Amid the exploding COVID-19 case load, how can infections of deliberate origin be identified? There are two basic mechanisms for attribution of an infectious attack.

Traditional epidemiology involves contact traceback to determine the who, what, when, where, and how of a given infection. We are now in a phase of the COVID-19 pandemic that government officials are making reference to “community spread,” but that term can be misleading; every case is still connected to another, with the virus spreading from one individual to someone else, primarily by respiratory droplets transmitted from a distance of less than six feet. Community spread simply means that we are unable to specifically identify the who, what, when, where, and how of many cases due to the rate and extent of spread. Even in such a situation, however, epidemiological indicators may suggest a deliberate introduction of disease. Does the affected population have unique characteristics, distinct from the broader population (e.g., religious, ideological, occupational, etc.)? Is the affected population insulated from known COVID-19 cases, whether socially or geographically? Is the affected population otherwise at low risk for infection? “Yes” answers to these questions may warrant further investigation.

Defense against an infectious disease attack involves a range of measures that reduce vulnerabilities and consequences in potential target populations. If target populations are secured against outsiders, whether through quarantine, geographic barriers, or physical barriers, they become less vulnerable. Appropriate health care capacity, including adequate levels of personal protective equipment, diagnostics, therapeutics, and supportive care, reduce the consequences of attack. And herd immunity in the population, through such means as vaccination, would effectively remove SARS-CoV-2 from consideration as a weapon altogether.

The threat of deliberate spread of SARS-CoV-2 is real, but my colleagues and I believe a layered strategy that includes disruption, deterrence, and defense offers some degree of protection against such an attack. Effective attribution is a major factor in deterrence. Unfortunately, the diligent epidemiological analysis that is required to determine the source of suspected coronavirus attacks is likely to be limited by the human and material resource constraints in the current phase of the pandemic. Nonetheless, we recommend that intelligence gathering efforts and defensive measures be prioritized, both to identify motivated perpetrators and to protect potential target populations to the extent possible.