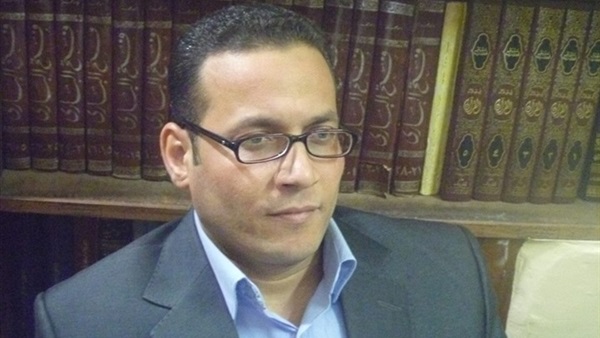 “No voice rises above the sound of battle.” This is how the Mullahs’ regime in Iran dealt with the coronavirus spread, with a systematic blackout, repression and oppressing whoever protests the deteriorating economic situation in the country.

In an interview with The Reference, journalist Osama al-Hitaimi, an expert on Iranian affairs, talks about the future of Iran and its proxies in the region, its influence in Iran and how it mainly contributed to the spread of the coronavirus across the world.

How do you see Washington’s steps to limit Iran’s influence in the region by imposing sanctions?

There is no doubt that there are two main reasons that Washington seeks to achieve behind these sanctions on Tehran and its proxies; the first is to weaken Iran through its arms, especially that it looks at Hezbollah as the example that should be copied to the rest of neighboring countries, while the second reason, is to limit the financial capabilities of the party, and thus, its popularity.

What do you think about Iraq’s future?

The recent popular revolution in Iraq that erupted in October 2019 and invaded central and southern governorates, and is still active and dynamic until the moment, has given everyone a spark of hope that Iraq can regain its sovereignty, and get rid of the dual occupation that it has suffered over the past years, and was a direct cause in vandalism and destruction of Iraq and its economy.

In this context, the future of Iraq depends on the extent of the ability of the popular movement to continue and insist on achieving its demands, foremost of which is forming a government that is far from quotas or subordination to any external power, especially Iran.

Do you see any progress by Washington to end the Iranian existence?

American efforts to end the Iranian presence in Iraq have failed to make any progress; Washington was not only the first to allow the Iranian presence in Iraq but rather helped to root it, and to grant Iran More opportunity In 2011, it decided to withdraw its forces, to return in smaller numbers in the framework of the so-called war against Daesh, which was being coordinated with Iran.

The point of the matter is that the United States is willing to exert pressure on Iran, a desire to return Tehran to the American House of Obedience and its continuation as a functional country in the region and to thwart Tehran's persistent attempts to become a regional power.

How can Iraq liberate itself from Iranian influence?

I think the harder question is about the future of Iraq, as Iran was able over the course of 17 years to take over all the foundations in Iraq, and now, no official in Iraq can take a single decision without taking Tehran’s permission first. So, it is important to realize the danger of the Iranian project.

What about the spread of coronavirus from Iran to neighboring countries?

The IRGC was announced as the managing authority of the virus, how do you see that?

The truth is that as far as the Iranian regime seeks to utilize the virus to achieve political interests by promoting that only the IRGC is the only body capable of confronting the virus, this also highlights acute regime failure as the concerned official agencies failed to do so.

Do you think that Iran is taking advantage of the virus to cover up its deteriorating economic situation?

We can say that the Iranian regime has the ability to take advantage of any event to achieve its own interests, as it promotes that the U.S. sanctions are one of the most factors behind the spread of coronavirus, arguing that the country cannot import the necessary medical assistance to confront the virus.

What about Iran’s accusation that Washington launched a biological attack?

They are just statements that are nothing more than political because they are not based until the moment on explicit scientific evidence, and I believe that such statements are consistent with the approach of the Iranian regime, which does not admit failure at all, and tries to refer every disaster caused by its policies to plots by the enemies.