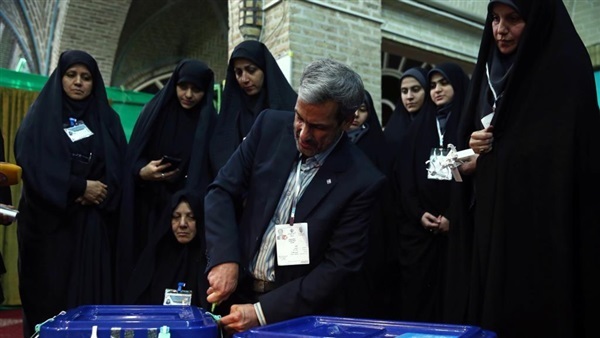 The Mullahs’ regime of Iran has claimed victory in a general election marked by the lowest turnout since the 1979 Islamic Revolution amid public anger with 42.6% of eligible voters casting their ballots.

Several thousand contenders, including 90 mostly reformist members of the current Majlis, were disqualified from standing by the Guardian Council, a vetting committee loyal to supreme leader Ayatollah Ali Khamenei.

This decision has further isolated the Iranian regime and is highly expected to politically weaken President Hassan Rouhani.

This also led to the dissolution of a wide segment of citizens who still had a slight hope of reforming the system, but today Iranian citizens are reluctant to even participate in what they described as an “electoral play.”

Iran’s clerical leadership disqualified more than 7,000 candidates from running this year, including most of the moderates and centrists, paving the way for tougher domestic and foreign policies.

Moreover, about three-quarters of the current members of Parliament, where moderates and centrists make up a near majority, were barred from seeking re-election.

Experts believe the new Parliament is expected to embrace extreme decisions against the United States and would be unlikely to support efforts to end the nuclear crisis or end support for proxy militias and allies across the Middle East.

The reluctance of voters to vote in the election and leaving the parliament to the control of extremists is an important indication that citizens are not relying on those mechanisms that are controlled by regime agents, as a result of the lack of confidence.

Analysts say one of the main reasons for the low turnout in Tehran was the public disillusionment following major events such the November unrest that claimed up to 1,500 lives and the downing of a Ukrainian airliner which claimed 176 lives. In both cases the public seems to have been deeply annoyed by lack of transparency on the part of the government.

The polling stations were almost empty, after the game between reformists and conservatives ended according to observers, as well as the regime's attempt to produce a new game centered on the competition between moderate and hard-core conservatives, which did not fool the people who disbelieved in all forms of political polemics branded by the regime and its revolutionary guards corps (IRGC).

Yasser Rafsanjani, the youngest son of Akbar Hashemi Rafsanjani, one of the principal architects of the Iranian revolution, has said in a rare interview that the Iranian society became physically and politically sick.

Critics said the conservatives’ triumph in the parliamentary elections was nothing but an engineered victory that left reformists and opposition members with tough choices about how to conduct politics in the future.

The people were not convinced of the regime's performance in managing any crisis, starting with the crisis with Washington and the subsequent imposition of sanctions, as well as interventions in neighboring countries, which drained a lot of money that the country desperately needs.

Public concern over the spread of coronavirus and the government's initial denial of the problem may have also contributed to the low turnout. Iran's state TV started broadcasting news about the contagion only Sunday morning, offering advice to improve the situation of public health.

Therefore, the majority of Iranians are now convinced that the regime is over, and is no longer able to perform its tasks, and that attempts to reform are futile, with an entity that is deaf to their demands,  considers advice and criticism an unforgivable crime.