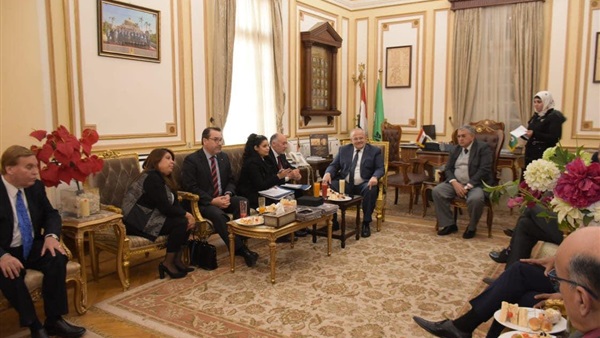 ·       Delegation to promote scientific and research cooperation and to create scholarships with Chilean universities.

·       Professor Mohamad Othman Elkhosht stated “The University has made great advancement in international rankings and is moving rapidly towards internationalization.

·        The curricula aim to develop the scientific and cultural abilities of students by making them open up to different cultures.”

·       Mr. Ivan Flores Garcia asserted that “Cairo University is the most important Egyptian university and its students are the future of Egypt.

·       For us, Egypt is our gateway to Arab and African countries. We look forward to our mutual cooperation in various fields.”

The President of Cairo University pointed out that the university has developed 280 programs during the past two years according to the latest international standards, and that the main goal that the university seeks to achieve is to build the student personality, to develop his scientific and cultural abilities and to help him have an open mind that enables him to deal with different cultures. Professor Elkhosht suggested having 5 full scholarships for Chilean students to study at Cairo University.

Mr. Garcia expressed his happiness at being at Cairo University, stressing that the main reason behind his presence in Egypt with a number of deputies is to have more commercial cooperation between Chile and Egypt, which helps, in return, in establishing further educational and cultural cooperation. He also said that Cairo University is the most important university in Egypt and its students represent the future of Egypt and possess the ability to have a great impact on the surrounding Arab countries and on the world.

During his meeting with the President of Cairo University, the Speaker of the Chilean Chamber of Deputies discussed the evolution in the Egyptian-Chilean relations, which date back nearly100 years, in artistic, scientific and commercial fields. He pointed out that Chile has 28 state universities, which have an advanced ranking in international rankings, in addition to private universities. He added that he looks forward to having Chilean researchers and students study at Cairo University and know about Egyptian culture. “Egypt is, for us, the gateway to Arab countries and the rest of Africa, and Chile is the gateway for Egypt to Latin America”, stated Mr. Garcia.

The Speaker of the Chilean Chamber of Deputies thanked Professor Elkhosht for providing them with the opportunity to see and know more about Cairo University closely, and he stressed that once he returns to Chile, he will take steps toward mutual cooperation.

Chilean Ambassador to Egypt said that the Chilean Embassy has been able to establish commercial cooperation with Egypt and he looks forward to reinforcing cultural relations. He expressed his strong desire to establish collaboration between Chilean universities and Cairo University in various fields.

At the end of the meeting, Professor Elkhosht, Mr. Garcia, and the delegation, had a campus tour, during which they met students. Mr. Garcia expressed his happiness and admiration of the President’s close relationship with the students at the university. 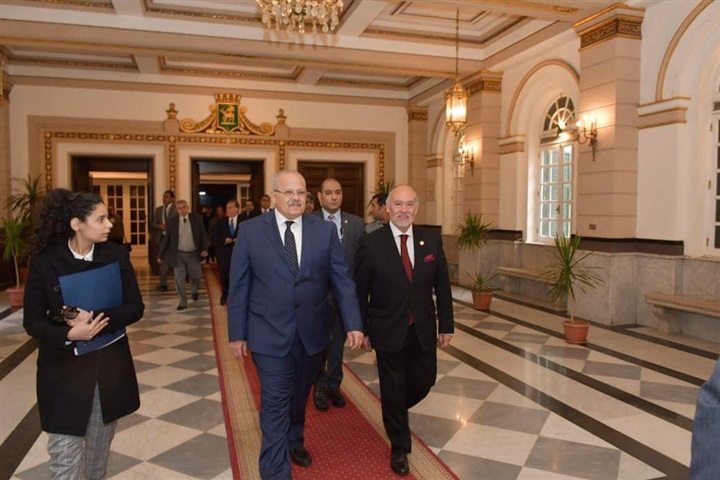 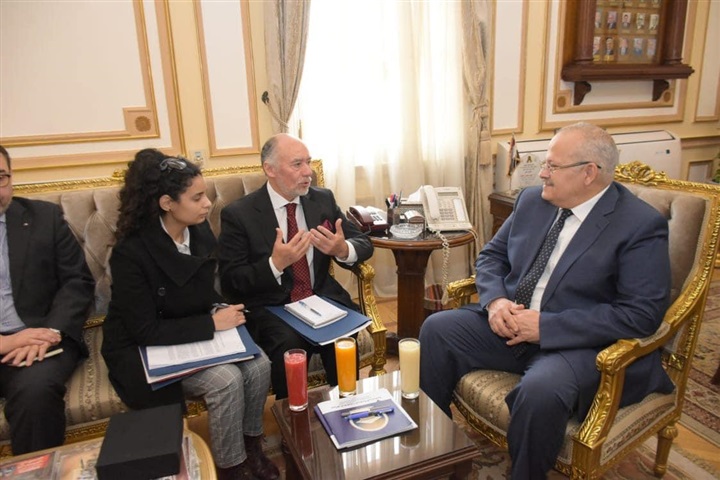 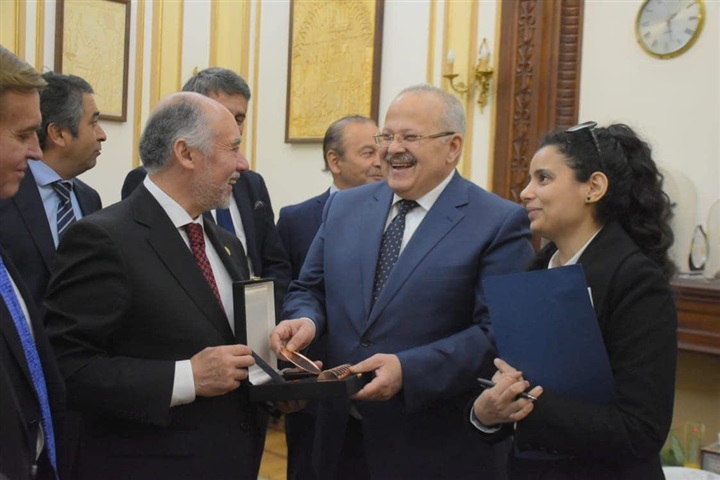