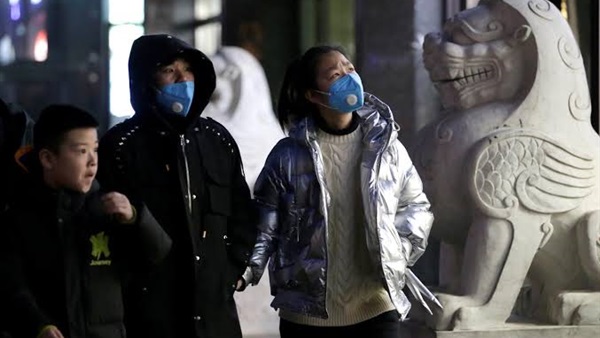 The death toll from China’s new coronavirus epidemic jumped past 1,800 on Tuesday after 93 more people died in Hubei province, the hard-hit epicenter of the outbreak.

In its daily update, the province’s health commission also reported 1,807 new cases, a smaller number of infections compared to those declared on Monday.

The new cases mean more than 72,300 people have now been affected across the country.

Most of the cases are in Hubei, where the virus first emerged in December before spiraling into a nationwide epidemic.

Tuesday’s jump in the death toll was also lower than the increase reported Monday, bringing the national number of deaths to 1,863.

Outside of hardest-hit Hubei, which has been effectively locked down to try to contain the virus, the number of new cases has been slowing and China’s national health authority has said this is a sign the outbreak is under control.

“Trends can change as new populations are affected. It is too early to tell if this reported decline will continue. Every scenario is still on the table,” he told reporters on Monday.