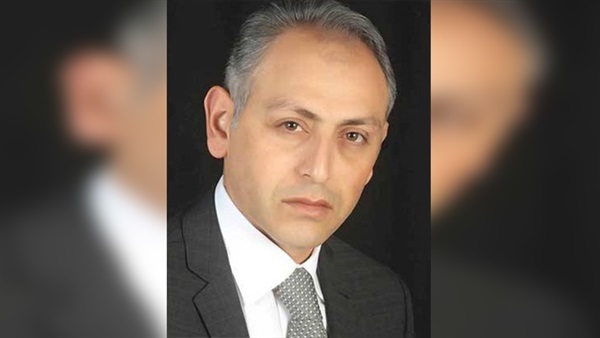 The results of the Berlin summit to resolve the Libyan crisis have strengthened the efforts of the Libyan National Army (LNA) led by Field Marshal Khalifa Haftar in preventing Turkish interference in the country, as well as the liberation of all Libyan territory from the armed militias supported by Fayez al-Sarraj’s Government of National Accord (GNA). In this regard, the Reference interviewed Palestinian political analyst Zaid al-Ayoubi, president of the Arab Center for Strategic Affairs in Jerusalem, who spoke about the motives for Turkish intervention in Libya and the Egyptian role to solve the crisis, in addition to the expected scenarios.

Following is the edited, translated interview:

First of all, how did the Berlin summit contribute to solving the Libyan crisis?

International summits clearly reveal the intentions of the relevant international bodies regarding the relevant country, and therefore it is possible that these summits, like the results of the Berlin summit, can help consolidate a comprehensive international position regarding Turkish intervention in Libya. Such summits weaken the Turkish position, contribute to thwarting Ankara’s plans, and strengthen the role of the LNA on the ground, as it is internally supported by the tribes and the people and externally supported by all the international players in Libyan affairs.

What is your assessment of the LNA’s operations so far?

The LNA currently controls more than two-thirds of the oil wells, coast, and strategic cities. At the same time, GNA militias are stationed in Tripoli, Misrata, and some areas bordering Tripoli, which are mainly besieged by the LNA, meaning that the GNA is besieged in Tripoli and cannot expand in the rest of the country. The LNA is able to move easily in the vast areas it controls, which means it has the ability to tighten the screws on the armed militias in the west.

It should be noted that Tripoli, Misrata and their environs are areas of high population density. This raises fears that the GNA militias could take these residents as human shields in the face of any move by the LNA, which may hinder the LNA’s rapid progress towards Tripoli, given its keenness to avoid any loss of civilian life.

The Turkish intervention represents an attack on the sovereignty of the Libyan state and a blatant interference in its affairs, descending to the level of occupation. The Turkish president is trying to defend this interference on the grounds that it came on the basis of an agreement he signed with the GNA, but this agreement has no legal effect. According to the Skhirat agreement that made Sarraj head of the Presidential Council, his powers do not include signing agreements and treaties with other countries. Article 8 of the agreement gave the power to sign treaties to the entire Presidency Council, not Sarraj alone.

In addition, the Libyan parliament has not ratified this agreement, especially with the overwhelming popular rejection of it, even among the tribes that support the Sarraj government. Therefore, there is no legal justification for Erdogan’s intervention in Libya. Consequently, Sarraj signing that agreement is a crime of great treachery and endangers Libyan and Arab national security. This calls for Arabs to activate the joint Arab defense agreement and prevent Turkish interference by all available means.

What about your assessment of the European position on Turkish intervention?

It is necessary to differentiate between two positions among the European countries. The first was before the signing of the invalid agreement between Sarraj and Erdogan to demarcate the maritime border between Turkey and the GNA. At this stage, European countries were dealing cautiously with Erdogan, as he had blackmailed them with exporting refugees and terrorists to Europe.

But after the agreement, it was proven to Europe that Erdogan wants to impose his control on the Mediterranean Sea from the side of Africa. Therefore, he would still be able to export refugees and terrorists to Europe through Libya, taking advantage of the deteriorating security situation there.

What about the Egyptian role in the Libyan crisis?

Egypt is the safety valve for Arab national security. This made the Egyptian leadership, headed by President Abdel Fattah al-Sisi, alert to the dangers of Erdogan’s expansionist project in Libya, as it affects Egyptian and Arab national security. Therefore, Cairo was able to mobilize Arab and international support to thwart Turkish military intervention in Libya, those attending the Berlin summit respected the Egyptian leadership’s vision emphasizing the prohibition of arming the militias affiliated with the Turkish-backed GNA and preventing any military intervention. In addition, the Libyan tribes, parliament and LNA trust in Egypt and its keen vision, which comes from its concern for Arab national security, not from the direction of investment and controlling Libyan capabilities as Erdogan desires.

What about the Russian position?

There is no doubt that the Russian position is linked first to Moscow’s interests, as Russian President Vladimir Putin is aware that Libya’s future is settled in favor of Field Marshal Khalifa Haftar’s LNA, and therefore he must support it. With this support, Russia wants to ensure investment for its major companies in the future, as well as signing oil supply contracts at special prices. Also, because Russia has strategic relations with the countries of the Arab region in general and with Egypt in particular, the Russian position on the Libyan issue will follow the Arab and Egyptian position, as that’s where its strategic interest lies, especially as military operations on the ground in Libya demonstrated the LNA’s ability to resolve the matter.

Finally, what are the expected scenarios on the Libyan scene?

I do not expect the ceasefire agreement to continue, as Turkey is expected to continue supplying arms and terrorists to Libya, and this increases the legitimacy of the LNA to liberate the entire Libyan territory from the grip of the militias and to cut off the path to Turkey's ambitions that will ultimately fail miserably.