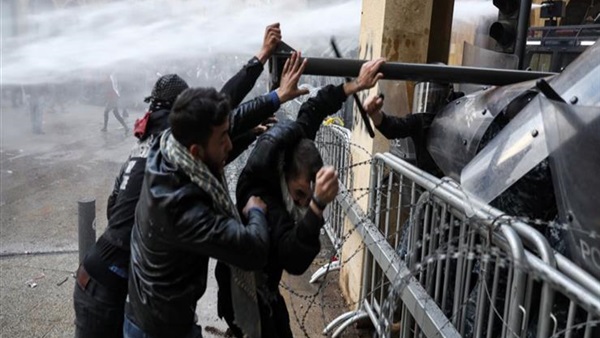 Pro-Amal supporters were seen attacking Lebanese protesters, including women, with sticks in southern Beirut, videos circulated by activists have shown.

The incident took place in the Jnah suburb of southern Beirut on Friday close to the Council for South building.

One video, in particular, showed a woman who was filming the gathering before being approached by two men holding sticks before being hit by one of the men. The women shouted that she is from the area before falling to the ground upon being attacked.

Another video showed a group of Amal supporters attacking a bus filled with protesters who planned to gather in the area to demonstrate.

According to one Lebanese activist on Twitter, at least 15 people were injured during the attacks on protesters in Jnah.

Supporters of Shiite groups Hezbollah and Amal have attacked peaceful demonstrators on several occasions since the widespread protest movement first began in October.

Lebanon has been gripped by a historic wave of protests since October 17 leading to the resignation of Saad al-Hariri as prime minister, amid anger at the government’s failure to address the country’s worst economic crisis since the 1975-1990 civil war.