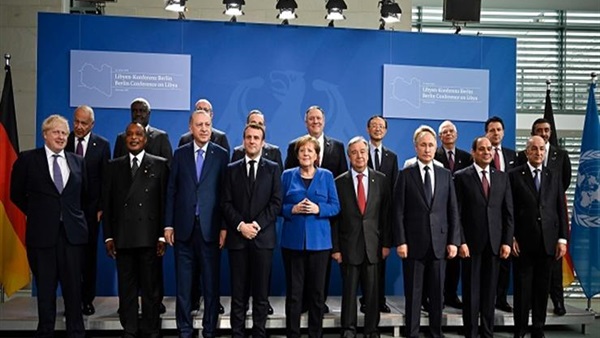 Germany hosted a conference on the future of Libya on Jan. 19. The conference aimed at reaching a comprehensive settlement of the crisis on the back of regional and international efforts to overcome the negative repercussions of the crisis.

The conference was held after a ceasefire agreement between Libya’s Government of National Accord and the Libyan National Army, which is led by Field Marshal Khalifa Haftar. The ceasefire has been in effect since Jan. 12.

Participants at the Berlin conference agreed on the following communiqué:

1-    Supporting the ceasefire stopping any attacks on the oilfields. Forming united Libyan national armed forces. An arms embargo on Libya.

2-    Stopping all military activities by all parties of the conflict. Refrain from direct support to either party. Taking measures to boost confidence, including an exchange of prisoners.

3 - To refrain from any interference in the armed conflict in Libya and any of Libya’s domestic affairs.

4 - Stressing the key role of the United Nations in supporting the Libyan political process.

6 - Tightening control of the arms embargo, strengthening the United Nations mechanism to ensure the implementation of this resolution.

7- Forming a unified Libyan national army and police under the administration of the civil authorities on the basis of the Cairo negotiation process.

9 - Safeguarding the security of NOC’s installations and refrain from any hostilities against all oil facilities and infrastructure.

10 - The establishment of a reconstruction mechanism for Libya supporting development and reconstruction in all regions under the auspices of a new, representative and unified government exercising its authority over all Libyan territory, to develop the severely affected areas with priority to be placed on reconstruction projects in the cities of Benghazi, Derna, Murzuq, Sabha, Sirte, and Tripoli.

Moreover, Turkish President Recep Tayyip Erdogan will pursue his old tactics, indirectly in view of the ceasefire, which will give the Libyan Government of National Accord an opportunity to rely more on Turkey in terms of arms, training and planning.

Furthermore, the Libyan situation has become a dilemma even if foreign interference in the conflict ended. The Libyan conflict has become a struggle between international powers, i.e. Russia and Europe.  With the implementation of the agreement reached in Berlin, which includes the realization of peace by sending European troops to Libya, some parties like Russia and Turkey might not accept this without a their partnership.