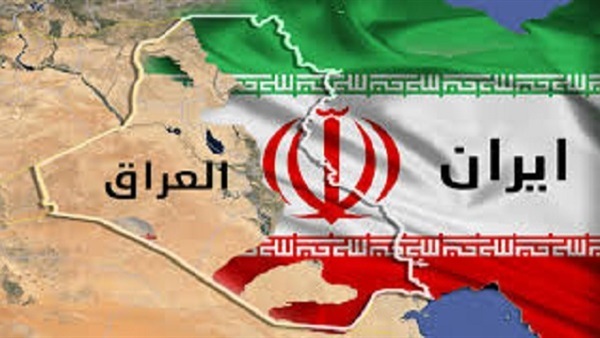 Since the American invasion of Iraq and the fall of Saddam Hussein’s regime in 2003, Iran has worked to extend its influence in Mesopotamia, taking advantage of the collapse of institutions and pushing its leaders into Iraqi social structures in an attempt to control all political, economic, cultural, religious and charitable facets. Baghdad then becomes an Iranian sanctuary through which Tehran can expand and spread to the rest of the region.

The mullah regime found a fertile environment in Iraq to extend its influence and implement its Shiite plan.

When talking about Iran's arms and tools in Iraq, it is first necessary to understand the reasons that prompted the mullahs to specifically choose this country for expansion and not others, which is due to several geographical, economic, political, and religious factors.

In terms of history, we find that the Iranian project towards Iraq differs from the rest of the Mesopotamia's neighbors, as the eight-year war between Iraq and Iran (1980-1988) led to the outbreak of dual loyalties for Iraqis inside Iraq and Iran. One of Iran’s goals during the war was to export its revolution, which failed, so they returned after 2003 to disrupt Iraq’s rebound, which posed a strategic threat to Persian influence.

Then, Tehran worked to maintain its influence by placing influential men in Iraq’s political structures, encouraging them to run in elections under a unified list. It also supported Shiite militias and interfered in government formations.

With regard to the geographical factor, Iraq is a strategic neighbor to Iran that enables Tehran to tighten control over the keys to the countries of the region, as the two countries share 1,500 kilometers of border. Iran wanted to create an Arab support for it, because without Iraq, Tehran lacks a lot of credibility, elements and sources of strength, while it can move more forcefully in the region with Iraq under its control, as Iran believes that Iraq is the gateway to control the rest of the Gulf states and Arab countries.

As for the political factor, Iran has worked to export its Islamist revolution and eliminate the Iranian opposition represented by the People's Mujahedin of Iran (PMOI/MEK), which was present in Iraq and played a major role through American funding. As far as the economic impetus is concerned, the oil and gas interests that extend between the two countries make Iraq an important economic portal for Iran.

On the religious and sectarian fronts, Iran intervened in Iraq to promote Shiite identity and weaken the large Sunni identity that exists in southern Iraq, which controls the strategic outlet overlooking the Gulf and contains about half of Iraq's oil reserves. Tehran therefore publishes its Shiite approach by establishing Shiite shrines, wagering that the Shiites of Iraq will be more loyal to them and more responsive to their ideological orientations and interests rather than to their national governments.

Iran's tools of expansion in Iraq

Iran is aware that it must launch and establish tools and arms wherever it seeks to extend its influence, and these tools act as Iran's eyes on the inside. This is exactly what the mullah regime is doing in Iraq. Tehran established and controls armed groups and Shiite militias in Iraq, Iran-affiliated political figures in the Iraqi state institutions control the decision-making circles there. Iran also has many intelligence, economic and media institutions to expand more broadly.

Intelligence institutions with a cultural or charitable cover

There are many intelligence institutions operating secretly and openly in Iraq, and these institutions present themselves as serving the Iraqi people but are in fact considered the eyes of the mullahs' intelligence. These institutions are deployed in various Iraqi provinces and work to diversify their activities between the religious, cultural and charitable fields. They are subject to supervision by the Iranian Revolutionary Guard and provide assistance to Iraqi Shiite parties.

The mullah regime has not neglected to launch its media arms in Iraq since the US invasion in 2003, publishing whatever it wants to serve its goals and interests. Through these media outlets, Iran promotes its radical Shiite ideology and spreads the culture of the Iranian revolution.

By establishing channels, newspapers, websites, research and study centers, and social media accounts, Iran has been able to have a big role in the Iraqi arena.

The Badr Organization alone owns three satellite stations, the most important of which is Alghadeer TV, as well as nine cable TV stations and multiple local radio stations, all supervised by Hadi al-Amiri, head of the parliament’s security and defense committee, in cooperation with a cadre of Iranian intelligence and technicians.

Iraq is an open market for all Iranian products. Since 2003, Tehran has worked to flood Iraq’s markets with cheap consumer products and commodities. It also launched many economic institutions to launder money for its suspicious activities and covering the expenses of its extremist militias.

The mullah regime also set up factories for producing foodstuffs, manufacturing auto parts, and in many other sectors, along with economic institutions that contribute to Iran’s economic expansion in Iraq. There are four common banks between the two countries to enhance financial flows, and Iranian companies undertake projects to build millions of housing units in Iraq.

The pro-Iranian banks have had a major role in establishing Iran’s presence in Iraq and supporting terrorist activities in the region, such as Sepah Bank, which has branches in Baghdad, Najaf and Basra, and the Islamic Regional Cooperation Bank for Development and Investment in Iraq, with branches in Baghdad, Najaf, Karbala, Basra and Sulaymaniyah, in addition to the Iranian Hajj and Pilgrimage Organization in Karbala.

Iran has worked to expand its security and military presence in Iraq since the American occupation in 2003 and the ISIS takeover in June 2014 in a number of Iraqi provinces. Tehran’s main goal is to turn Iraq into a base for its military presence, through which it can settle scores and vie for influence with major regional powers.

The mullah regime sought to make Iraq an Iranian version in the Middle East, and it largely succeeded after 2003. This is what the Iraqi people realized, so they went out in November 2019 to protest against the Iranian incursion and demanding Tehran's full exit from their country. However, the suppression of these protests by the mullahs' militias indicates that Iran will not abandon Iraq easily, as Tehran is fully aware that Iraq is the Arab gateway to achieving its colonial ambitions in the Middle East.